A consumer group has sent letters to multiple governors warning them about their states’ pension funds relying on an investment corporation with strong ties to China.

Consumer’s Research distributed a report to the top 10 states whose pension funds are invested in BlackRock, a multinational money management firm. It is the first foreign-owned company to receive a license to operate in China’s $3.5 trillion mutual fund industry, Forbes reported.

“The warning is meant to raise awareness among American consumers that BlackRock is taking their money and betting on China,” William Hild, executive director of Consumer’s Research, wrote a in letter sent to the governors. “In so doing they are putting American security at risk, along with billions of dollars from U.S. investors.”

Washington has invested the most money, with $13 billion of its pension invested in BlackRock. The other states are Florida, Montana, Nebraska, Nevada, New York, Oklahoma, Pennsylvania, South Carolina and West Virginia.

Hill noted that BlackRock’s CEO, Larry Fink, has become a “trusted partner” of China’s leadership, who they’ve used as an adviser. In a March 2020 letter to shareholders, Fink said he continues “to firmly believe China will be one of the biggest opportunities for BlackRock over the long term, both for asset managers and investors,” The Wall Street Journal reported. 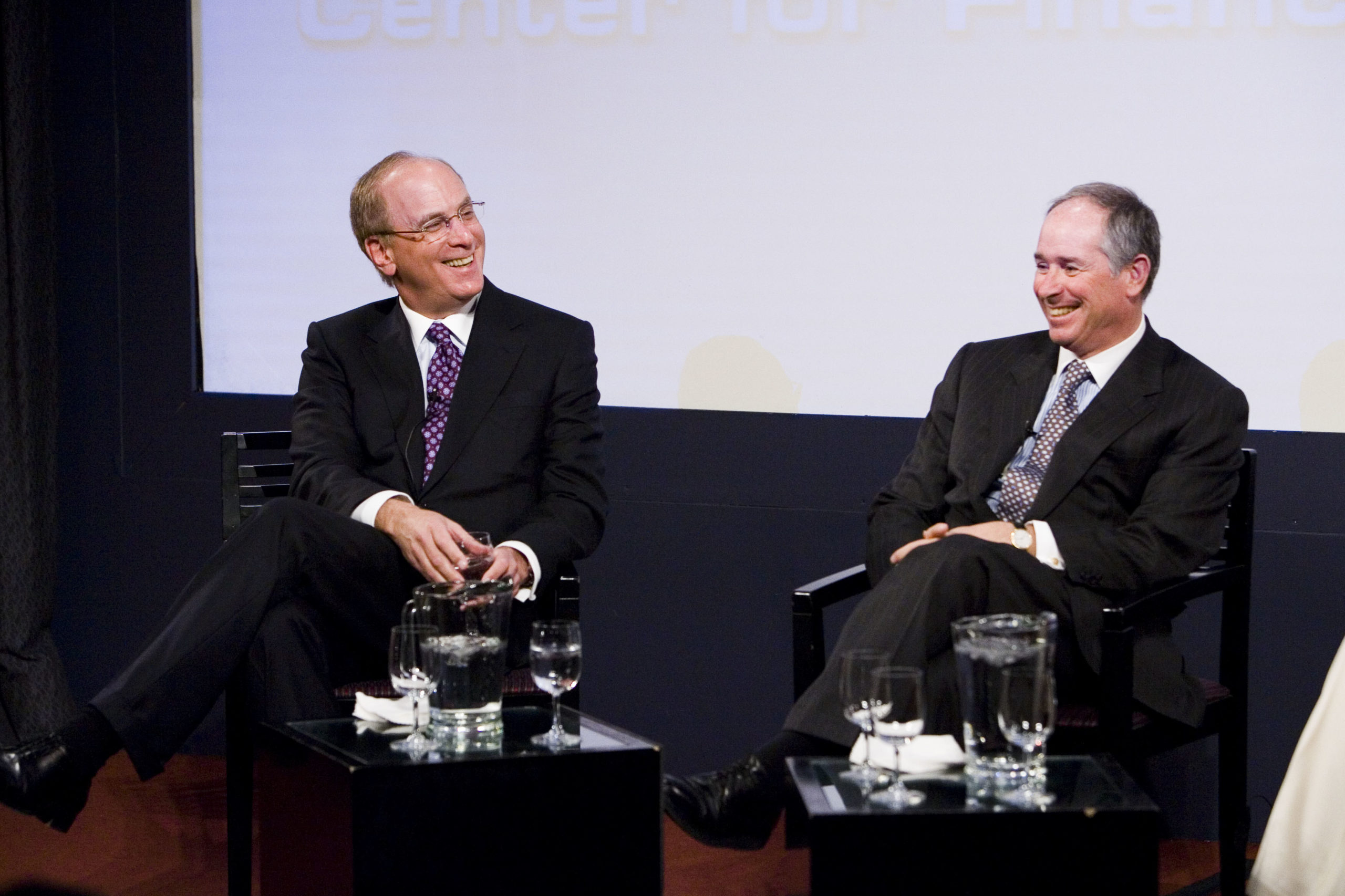 Chairman and CEO of BlackRock Larry Fink and Co-Founder and CEO of Blackstone Stephen Schwarzman talk on stage at the UCLA Anderson Center for Finance & Investments presents R.O.I. ’07 at the Museum of Television & Radio on March 12, 2007 in New York City. (Photo by Mat Szwajkos/Getty Images)

“BlackRock’s unabashed gusto for Chinese markets flies in the face of concerns about China’s ascendant standing in the world, its authoritarian model of government, and its ambitions to supplant the U.S. as the pre-eminent world power,” Hill wrote.

“Chinese firms are not held to the same transparency standards as their western counterparts, so foreign investors are often hard pressed to appreciate the true risk profile of what they’re investing in,” he added. (RELATED: ‘Conquering Latin America With A Smile’: Chinese Influence Met With Inadequate US Resistance, Experts Say)

Fink was also one of the American business executives Vice Premier Liu He met with while looking for allies before trade talks with the U.S. in February 2018, the WSJ reported. Hill argued that, in doing so, Fink was “choosing China over America.”

“The risk here is that you have a company whose main focus appears to be … cozying up to the Communist Party of China so that they can get special treatment in that country, rather than looking out for the interest of U.S. consumers,” Hill told the Daily Caller News Foundation in an interview.

In terms of the response he wants from the governors of the states his consumer group has reached out to, Hill told the DCNF he hopes they “structure their pension funds in a way that ensures that none of their pensioners are ever … taken for a ride because of these issues.”

While every state has its own unique way of handling its pension funds, Hill said every governor plays a role when it comes to the fund’s security. “We just ask that they would take that role seriously,” he said.