The House on Thursday passed a stopgap funding bill that would keep the federal government open through Feb. 18, the first step to avoiding a shutdown set to occur Friday at midnight.

But the bill, which passed 221-212, faces a rocky path through the Senate, where a handful of conservative Republicans have vowed to delay its passage unless they get a standalone vote to strip funding for President Joe Biden’s vaccine mandates.

Without a compromise to speed up the process, passing the short-term funding bill could take over a week. (RELATED: Republican Objections To Biden’s Vaccine Mandate Could Force Weeklong Government Shutdown)

“There are a number of senators,” said Utah Republican Sen. Mike Lee on the floor, “who are not inclined to give consent to expedite a funding measure that supports and funds President Biden’s unconstitutional and sweeping vaccine mandate without holding a vote on that mandate.”

In addition to Lee, Republican Sens. Roger Marshall of Kansas and Ted Cruz of Texas have also insisted on a simple majority vote on the issue, pledging to shut down the government without it.

“Shutting down the government is worth saving the jobs in Kansas,” Marshall told a group of reporters Thursday. (RELATED: Congress Reaches Deal On Stopgap Funding Bill As Shutdown Looms) 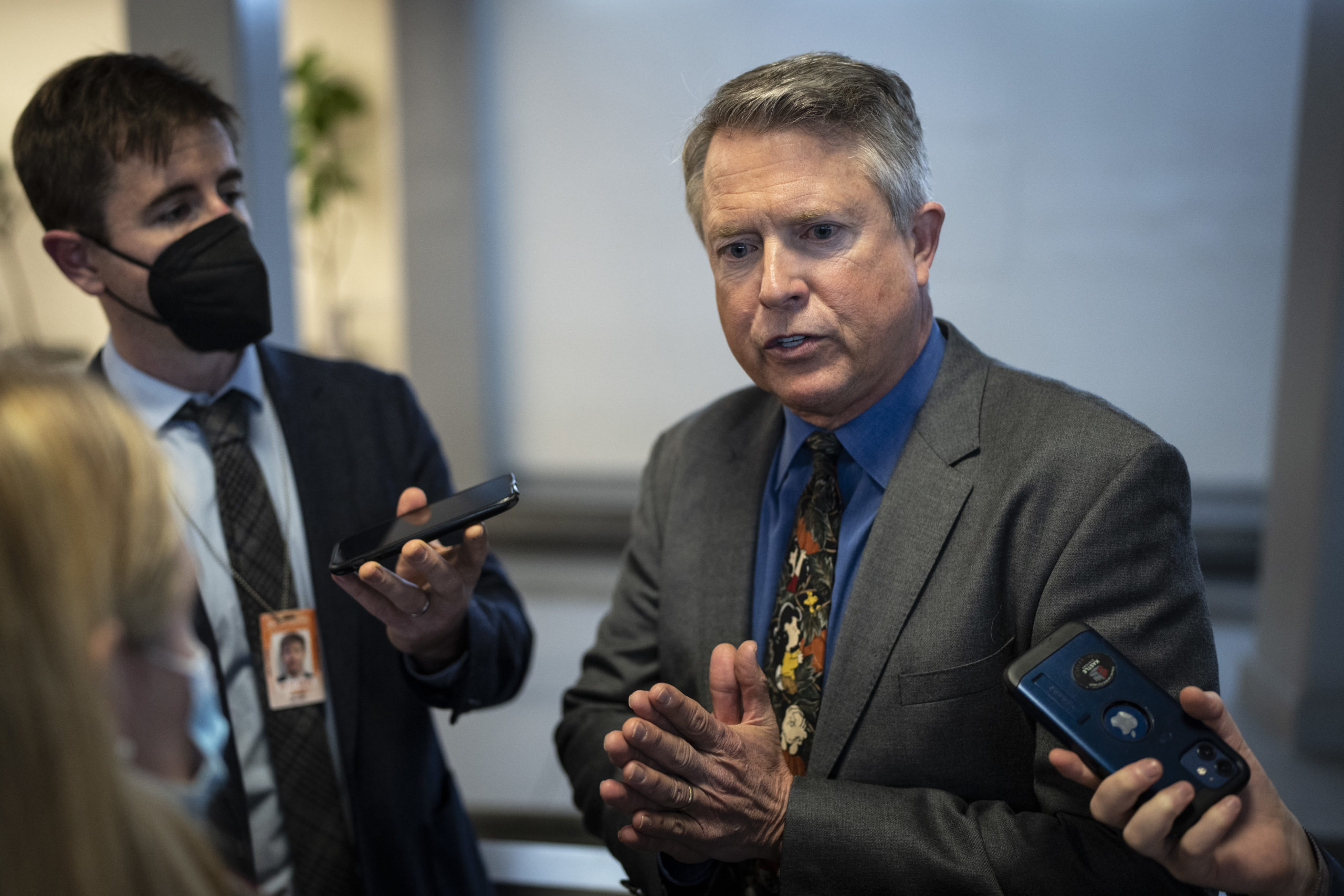 Sen. Roger Marshall is one of a few Republicans who have said they will shut down the government over funding to agencies responsible for implementing vaccine mandates. (Drew Angerer/Getty Images)

Democrats, however, have accused the handful of Republicans of launching nothing more than a stunt to prevent people from getting vaccinated that also jeopardized Congress’ ability to perform one of its most fundamental functions.

“Yet again a double sense of irresponsibility,” House Speaker Nancy Pelosi said during her press conference Thursday morning. “First of all they shut down the government and then they shut down science.”

Democrats also chastised Republicans for what they argued as a lack of good-faith when it came to negotiating a broader funding bill.

“We are here today because my colleagues across the aisle have refused time and time again to begin negotiations or even offer a proposal of their own for government funding that delivers for the American people,” Connecticut Democratic Rep. Rosa DeLauro, the chair of the House Appropriations Committee, said on the floor. “House and Senate Democrats have put forward their proposals, but Republicans have not presented an offer of their own.”

The short-term funding bill largely continues the current spending levels of the previous fiscal year and the previous stopgap bill that Congress passed to avert a shutdown in late September. It also secured $7 billion to aid Afghan evacuees.

Despite the push to delay the bill from some in his own caucus, Senate Minority Leader Mitch McConnell criticized the Republican holdouts Thursday morning, warning that a shutdown would do little more than create chaos.

“We are not going to shut the government down,” the Republican leader said. “That makes no sense for anyone. Almost no one on either side thinks it’s a good idea.”