MLB Commissioner Rob Manfred said in a letter that “an offseason lockout is the best mechanism to protect the 2022 season.”

Teams forced the decision during the offseason instead of the summer to prevent the risk of players deserting their teams, as they previously did in 1994, The Associated Press reported.

“We hope that the lockout will jumpstart the negotiations and get us to an agreement that will allow the season to start on time. This defensive lockout was necessary because the players’ association’s vision for Major League Baseball would threaten the ability of most teams to be competitive,” Manfred said, according to the AP. (RELATED: Black-Owned Businesses Bound To Take Major Hit From Biden’s Support Of MLB’s Georgia Boycott) 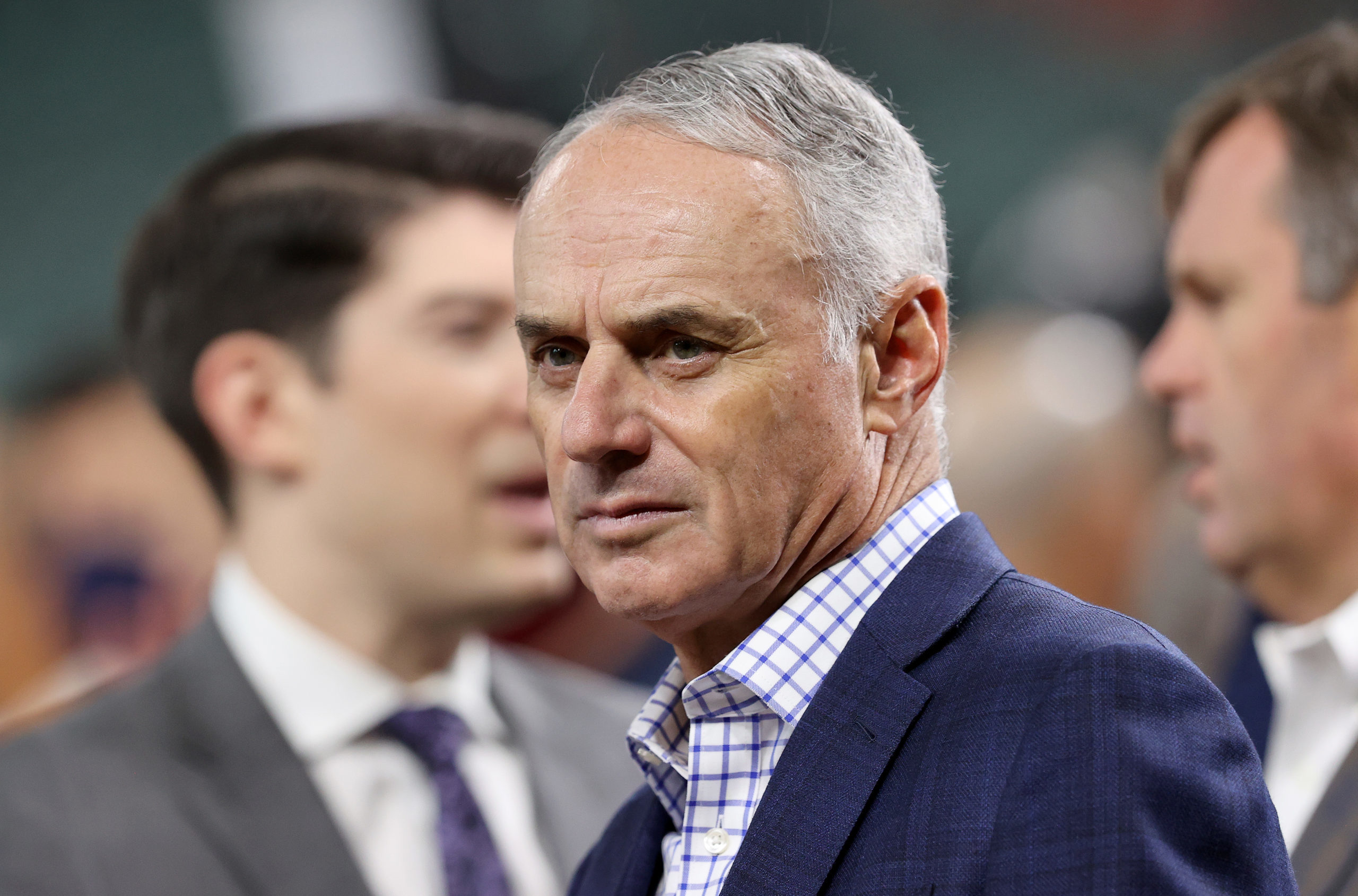 HOUSTON, TEXAS – OCTOBER 26: Major League Baseball Commissioner Rob Manfred looks on prior to Game One of the World Series between the Atlanta Braves and the Houston Astros at Minute Maid Park on October 26, 2021 in Houston, Texas. (Photo by Bob Levey/Getty Images)

Talks for the 2022 season began in spring 2021. Negotiators left approximately nine hours before the deadline hit at 11:50 p.m. Wednesday evening, the AP reported. All 30 MLB owners held a short meeting to confirm their move to proceed with the lockout.

“This drastic and unnecessary measure will not affect the players’ resolve to reach a fair contract,” said union boss Tony Clark, according to AP. “We remain committed to negotiating a new collective bargaining agreement that enhances competition, improves the product for our fans, and advances the rights and benefits of our membership.”

Teams are set to reconvene for spring training Feb. 16.

“We offered to establish a minimum payroll for all clubs to meet for the first time in baseball history; to allow the majority of players to reach free agency earlier through an age-based system that would eliminate any claims of service time manipulation; and to increase compensation for all young players,” Manfred stated.