Departures from Vice President Kamala Harris’ office have Democratic operatives worried about Harris’ impact on future female candidates and the potential harm being associated with her could cause, according to a report from Axios.

The potential to face career setbacks as a result of being labeled a “Harris person” is responsible for some of the rapid turnover in the office, Axios reported. Harris’ approval rating has been consistently low, with one USA Today poll reporting it at a mere 28% in November, while reports of dysfunction in her office have also plagued Harris’ tenure. 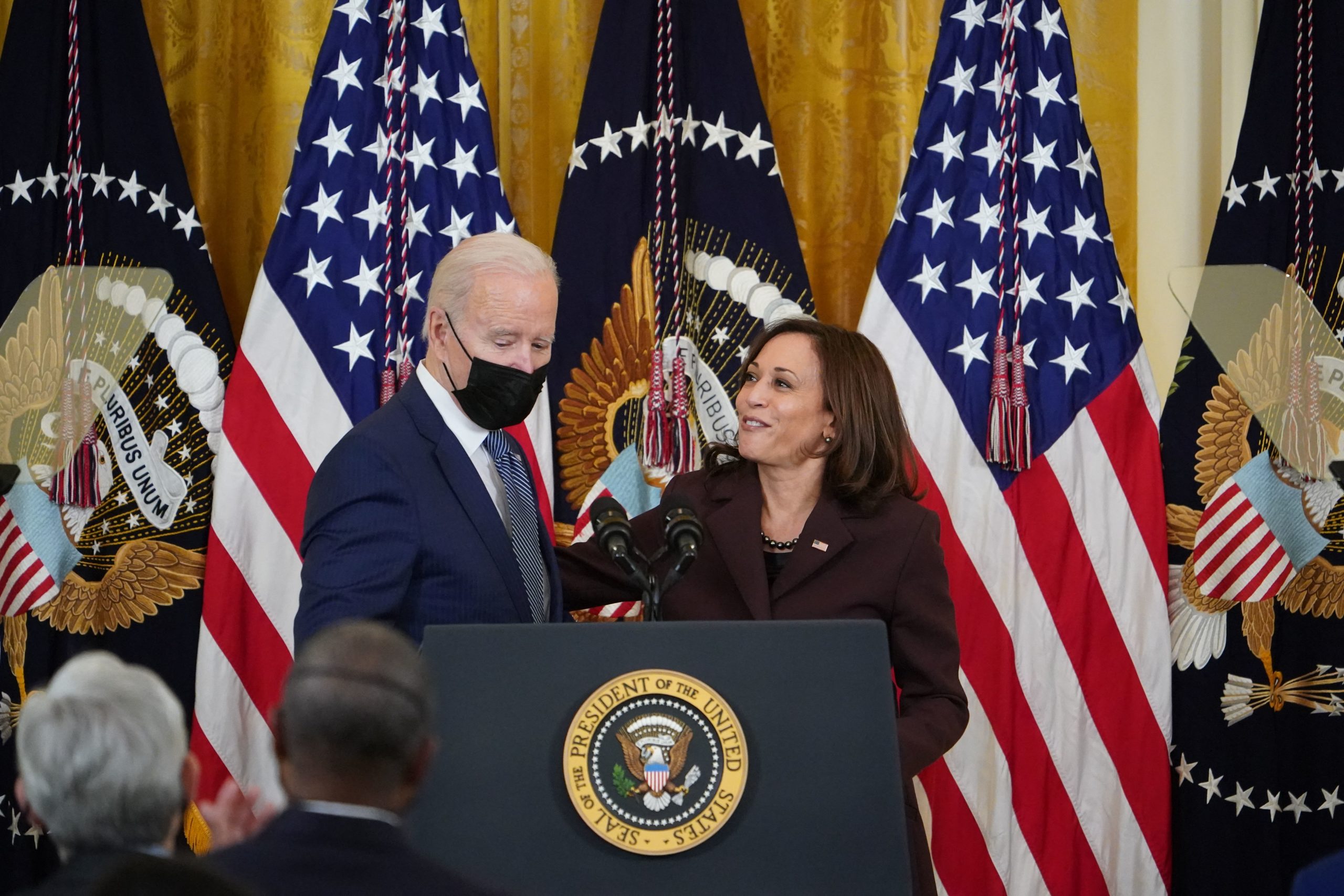 US President Joe Biden joins Vice President Kamala Harris on stage during a menorah lighting ceremony in celebration of Hanukkah in the East Room of the White House in Washington, DC on December 1, 2021. (Photo by MANDEL NGAN/AFP via Getty Images)

The publication was reportedly told that a number of Harris staffers are seeking to work on President Joe Biden’s reelection campaign, while others in the office simply don’t want to be closely aligned with Harris should a promising Democratic candidate step up in 2024. (RELATED: Kamala Harris Says ‘We Can’t Just Flip A Switch And Make It Better’ When Pressed On Border)

One Democratic operative pushed back on the above allegations, reportedly telling Axios that no Harris staffers think being associated with her would cause career harm. Other operatives said some of the turnover is natural because of the exhaustion of a busy first year in office.

Sanders is also set to be married next year and has yet to go on a tour for her book, “No, You Shut Up,” released in 2020 due to the pandemic and Biden’s presidential campaign, Axios reported.