FedEx predicted that Monday will be a record day for deliveries for the 2021 holiday season, company executives told CNBC.

“We’ve seen a lot of people actually starting their Christmas shopping in the month of October, which is fundamentally different than we have seen traditionally in the past,” FedEx vice president of global e-commerce Ryan Kelly told CNBC.

“What you see is a lot of messaging about shop and ship early, pulling sales forward, pulling promotions forward. A lot of retailers have really leaned into that this year,” Kelly said.

FedEx delivered roughly 96% of its packages on time during October, compared to 99% for UPS and the U.S. postal service, according to data obtained by CNBC. 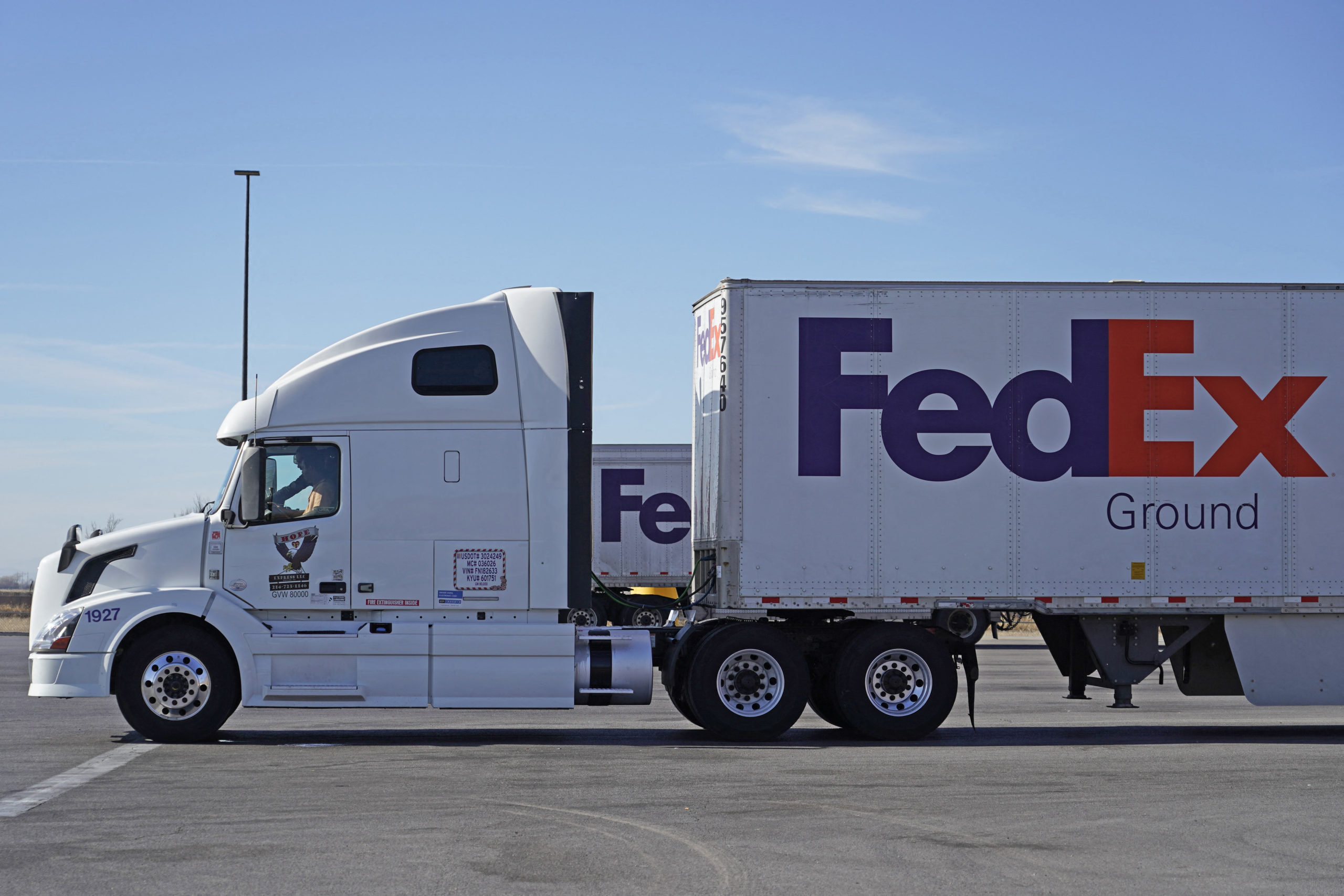 Federal Express trucks fuel up at the Love’s Truck Stop in Springville, Utah, on December 1, 2021. – High fuel prices and a shortage of truckers have had a negative effect on the US supply chain. (Photo by GEORGE FREY/AFP via Getty Images)

On-time delivery over 95% is considered an indication of an efficient network, according to CNBC. Additionally, 70% of online deliveries were shipped to homes, which is reportedly considered more time-consuming and less profitable. (RELATED: Fed To Pivot Away From Pandemic Era Stimulus As Unemployment Falls And Inflation Soars)

FedEx estimated that it will deliver roughly 100 million more packages this holiday season compared the period between Black Friday and Christmas in 2019, marking 10% more than the record set in 2020.

Online shopping activity will jump 13% from the record set during the 2020 holiday season to 3.4 billion total packages shipped this year, according to ShipMatrix data obtained by CNBC. Delayed online shipments or packages exceeding current capacity, on the other hand, will reportedly drop 82% from 7.3 million in 2020 to 1.3 million in 2021.

“This season, the carriers have added capacity. That helps them manage costs, that help them manage margins,” Jindel told CNBC.

Meanwhile, Cyber Monday online sales decreased for the first time ever in 2021 after customers experienced fewer and smaller discounts after having already started their holiday shipping earlier than in previous years.