Security officers were forced to intervene when a 63-year-old man moved through the crowd to the stage and briefly grabbed Eric Zemmour’s neck, the BBC reported. It was one of several violent incidents during the event.

Police arrested dozens outside the event and French prosecutors opened an investigation into all “incidents of violence” on Monday, the BBC reported. Local media reported Zemmour’s wrist was injured, with his doctors ordering nine days of rest. (RELATED: Angela Merkel’s Party Suffers Worst Performance Ever As Chancellor Prepares To End 16 Years In Office)

Zemmour, a former journalist with hardline views on immigration, announced his candidacy Tuesday for the 2022 French presidential race against incumbent Emmanuel Macron, the BBC reported.

He has argued that “wokeness” has acted as a catalyst in the increased presence of Islam in Christian nations that is “destroying our cultures, our history, that they make a clean sweep of all that and allow a foreign culture, history and civilization to come and replace it,” the Spectator reported. 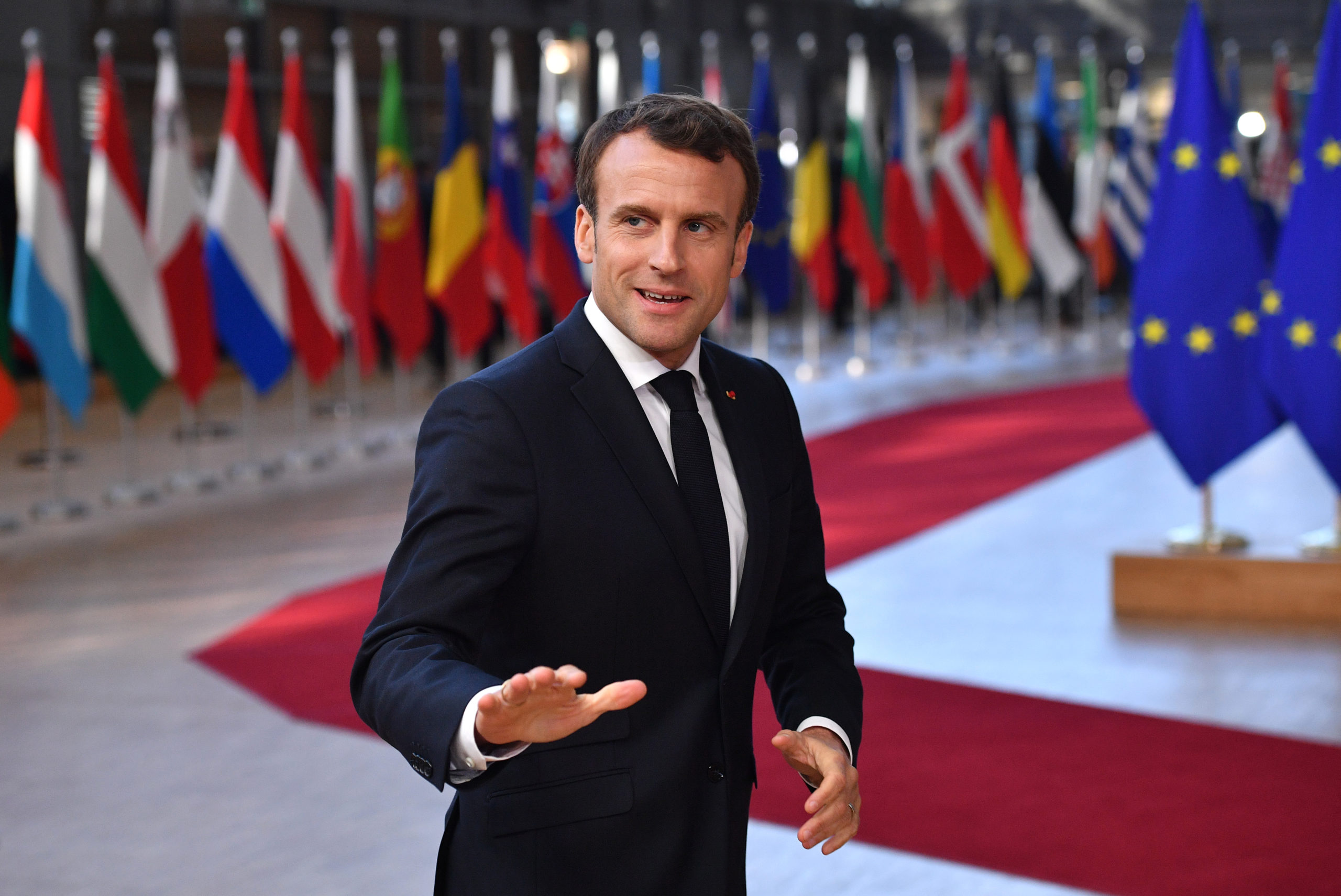 French President Emmanuel Macron talks to the media ahead of a European Council meeting on Brexit at The Europa Building, The European Parliament on April 10, 2019 in Brussels, Belgium. (Photo by Leon Neal/Getty Images)

He is challenging Marine Le Pen, who placed second in the 2017 presidential race, for leadership of the country’s right-wing nationalist wing, the BBC reported. Approximately 10,000 people showed up for the Paris rally, with thousands of demonstrators marching through the streets of the city.

A spokesperson for Zemmour’s newly-announced party, Reconquête, told Le Figaro newspaper they were planning on filing a legal complaint and praised their candidate for his “courage.”

Zemmour delivered his speech after the attack, arguing that his victory would be “a reconquest of the greatest country in the world,” the BBC reported. His supporters threw chairs at protestors while he spoke.

“I am the only one defending freedom of thought, freedom of speech,” Zemmour said.