Two liberal immigration groups will merge in order to better prepare for a GOP-led Congress in 2022, Axios reported.

The two groups, the New American Economy (NAE) and the American Immigration Council (AIC), gained influence over the past few years, especially during the Trump administration, Axios reported. The power they have would be diminished, however, if conservatives regained control of Congress.

“I believe our field needs to evolve, and that it’s time to reimagine our work in a way that helps us best serve newcomers while rebuilding a bipartisan and constructive case for what immigration means for America,” Michael Bloomberg, who founded NAE more than a decade ago, told Axios.

“It’s rare that nonprofits merge, but it shouldn’t be,” Jeremy Robbins, executive director of NAE who will retain that title for the new group, told the Axios. 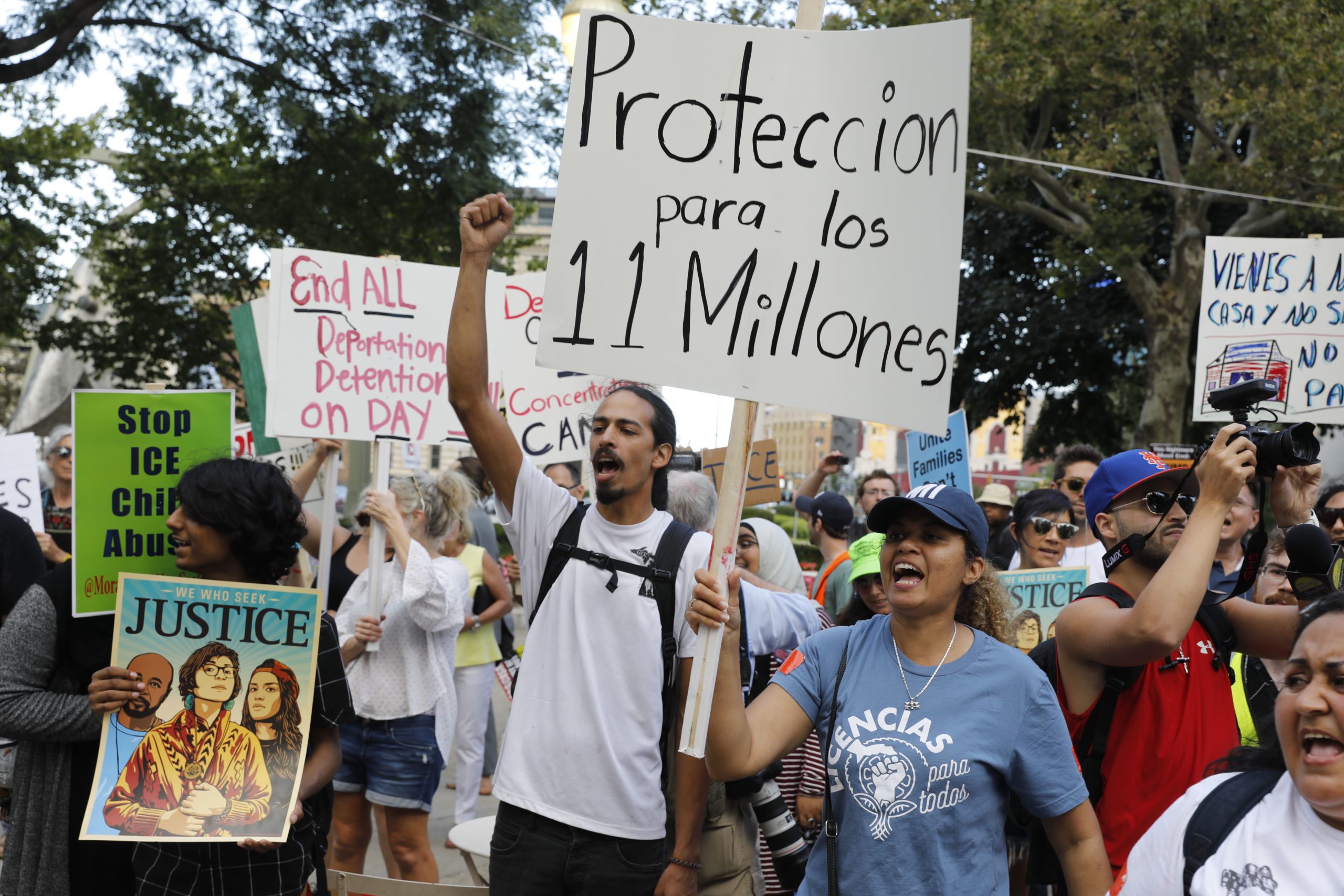 Pro-immigration protesters march in Grand Circus Park on July 31, 2019 in Detroit, Michigan, before the second round of the second Democratic primary debate taking place at the nearby Fox Theatre. (Photo by JEFF KOWALSKY/AFP via Getty Images)

“The newly combined organization will have a broad suite of advocacy tools to better expand and protect the rights of immigrants, more fully ensure immigrants’ ability to succeed economically, and help make the communities they settle in more welcoming,” NAE said in a statement on Monday.

“The advocacy tools and networks the two organizations are bringing are complimentary, and the merger will help each of the respective bodies of work have more impact,” NAE said.

NAE has worked to develop economic research alongside building state and local advocacy networks that have a presence in more than 100 communities, Axios reported. These efforts will continue after the merger. (RELATED: No One Is Sure Who Won The Latino Vote In Virginia, But It’s Not Looking Good For Democrats)

The GOP made gains with the Latino community, a demographic often at the center of immigration debates, in the 2020 presidential election. A new poll from Bendixen & Amandi International showed that only two percent of Hispanic voters identify as “Latinx,” a gender-neutral term used predominately among liberals.

“To be clear my office is not allowed to use ‘Latinx’ in official communications,” Democratic Arizona Rep. Ruben Gallego tweeted Monday. “When Latino politicos use the term it is largely to appease white rich progressives who think that is the term we use.”

“It is a vicious circle of confirmation bias,” Gallego said.