South Africa first identified the Omicron variant in November, and the announcement sparked panic around the world. The U.S. announced travel restrictions from South Africa and seven other countries and also began implementing stricter travel guidelines for those entering the U.S. Still, Biden urged Americans not to panic, telling the nation the administration will “fight and beat this new variant.”

Dr. Fauci noted it will still be weeks until scientists learn more about the variant, but admitted to Agence France-Presse (AFP) that Omicron “almost certainly is not more severe than Delta.” His comments echo those made from Dr. Angelique Coetzee, chair of the South African Medical Association and one of the early doctors to tell authorities about a new potential variant. Coetzee has been critical of the world’s response to the new variant, previously noting that current patients typically have “very, very mild symptoms,” though it is still early on. 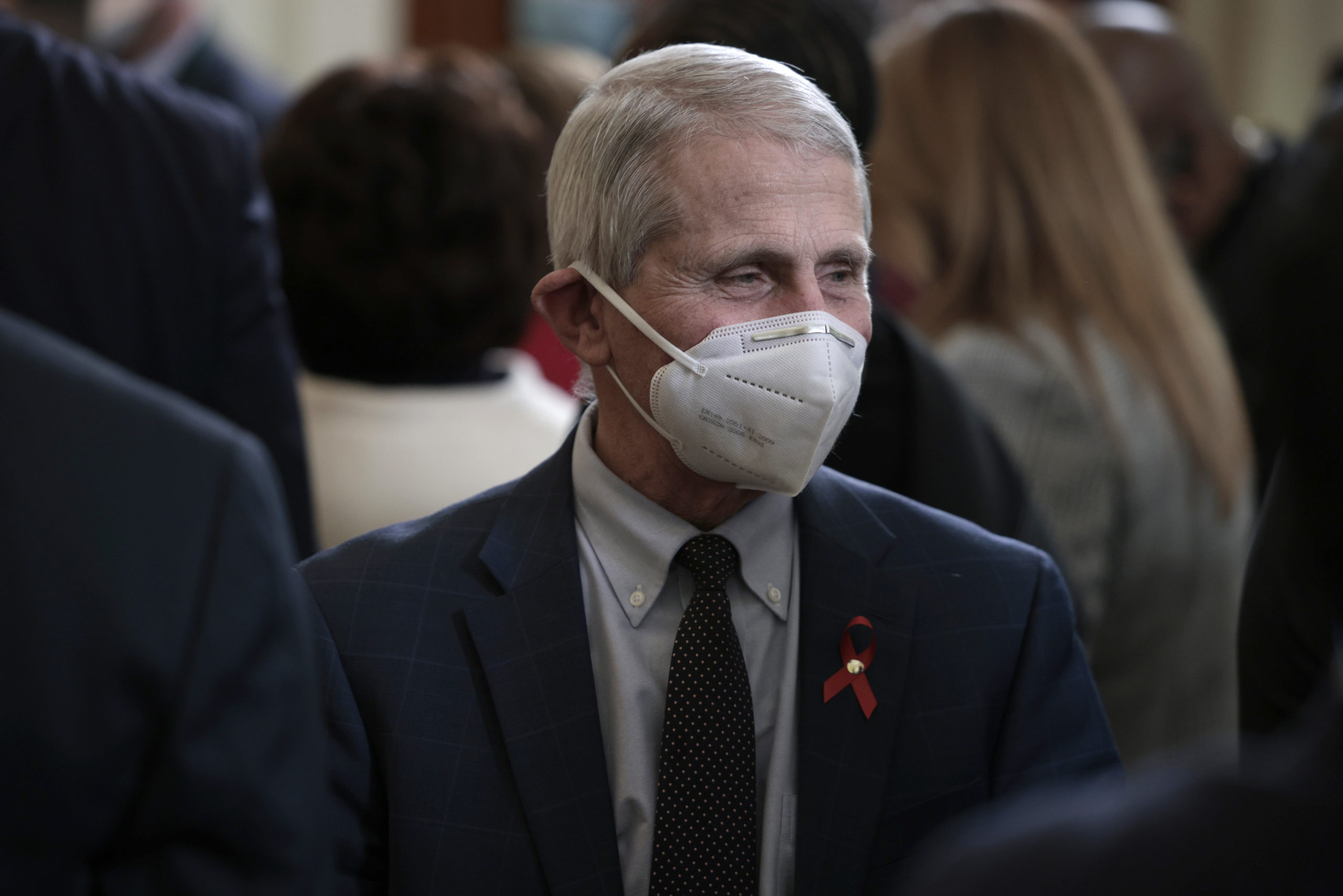 WASHINGTON, DC – DECEMBER 01: Dr. Anthony Fauci, Director of the National Institute of Allergy and Infectious Diseases and the Chief Medical Advisor to the President, speaks with guests after U.S. President Joe Biden delivered remarks to commemorate World AIDS Day at the White House on December 01, 2021 in Washington, DC. (Photo by Anna Moneymaker/Getty Images)

“There is some suggestion that it might even be less severe, because when you look at some of the cohorts that are being followed in South Africa, the ratio between the number of infections and the number of hospitalizations seems to be less than with Delta,” Fauci said according to AFP.

“I think that’s going to take another couple of weeks at least in South Africa,” Fauci continued, noting they still need time to fully see the effects of the virus. “As we get more infections throughout the rest of the world, it might take longer to see what’s the level of severity.”

Fauci said from the start that he believes Omicron may be more transmissible than other variants. The first known case of the variant in the U.S. was identified on Dec. 1, just days after the travel restrictions went into effect. (RELATED: ‘The Choice Is Yours’: In Line With CDC’s Mask Guidance, Biden Gives Americans An Ultimatum On Vaccines)