The House late Tuesday passed a conferenced version of the National Defense Authorization Act and a bill that could clear a path for the Senate to skirt a filibuster and enable Democrats to raise the debt ceiling on their own.

The annual defense bill and debt ceiling increase were two issues that had hamstrung Congress for weeks, with efforts to move the NDAA falling victim to objections over amendments while Republicans continued to insist that Democrats raise the debt ceiling on their own via reconciliation. However, that abruptly changed Tuesday after Senate leadership struck a deal allowing Democrats to lift the debt ceiling with just 51 votes, potentially averting a default that Treasury Secretary Janet Yellen said could arrive as soon as Dec. 15.

“We were worried about a process that will be convoluted, lengthy and risky,” Senate Majority Leader Chuck Schumer said during his weekly presser Tuesday. “And we don’t believe we should be doing anything that risks putting our full faith and credit in jeopardy. It looks like the Republicans will help us.”

Under the agreement, Congress would pass a law allowing a debt ceiling increase to pass the Senate with a simple majority this one time, avoiding a filibuster and Republicans who have long insisted that they would not support an increase. The deal was attached to a bill to prevent cuts to Medicare from taking effect, which was what passed the House Tuesday night on a 221-212 vote and is set to be taken up by the Senate Thursday.

The House overwhelmingly passed the modified NDAA 363-70 moments before. Unlike an earlier version that passed the House and had wide-ranging support in the Senate, the new bill omitted provisions that would have added women to the draft and repealed Authorized Uses of Military Force pertaining to the Iraq and Gulf Wars. (RELATED: Bipartisan Group Fights To Keep Military Justice Reform In Defense Bill) 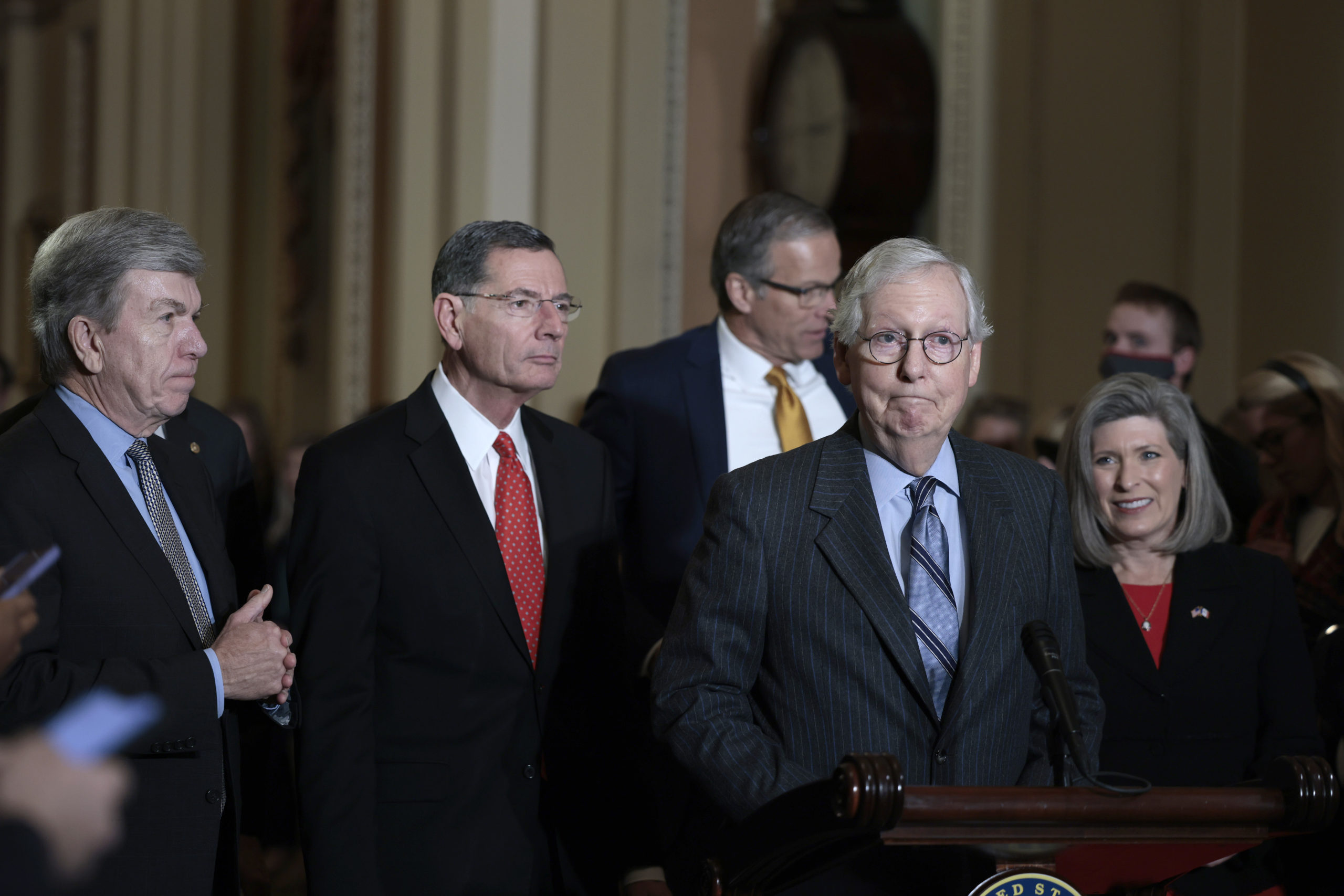 While the debt ceiling agreement would allow a hike without a 60-vote threshold in the Senate, the agreement itself is not exempt from the filibuster. And though it has the blessing of Senate Minority Leader Mitch McConnell it only needs 10 Republicans to back it, some in the caucus amounted it to little more than a ploy that benefited Democrats.

“A Frankenstein bill to circumvent cloture would neuter the Senate,” Utah Republican Sen. Mike Lee said, likening it to abolishing the filibuster altogether.

Nonetheless, the agreement is a sharp departure from the intense standoff over the debt ceiling that consumed Congress early in the fall. The standoff ultimately fizzled when McConnell agreed to a short-term debt limit hike.

Despite the frustration in his caucus, McConnell on Tuesday defended the agreement.