A helicopter carrying India’s top military official crashed on Wednesday, killing him alongside his wife and 11 other individuals, the Indian Air Force announced.

Gen. Bipin Rawat, who was appointed the first Chief of Defense Staff in 2019 and had a career spanning more than 40 years, was flying to the town of Wellington in Tamil Nadu when the crash occurred, the IAF said. The cause of the incident is unknown and “an inquiry has been ordered to ascertain the cause of the accident.”

The helicopter, which had a crew of four, was carrying a total of 14 people, the IAF said. The lone survivor of the crash, Group Capt. Varun Singh, is being treated for his injuries at the Military Hospital in Wellington. 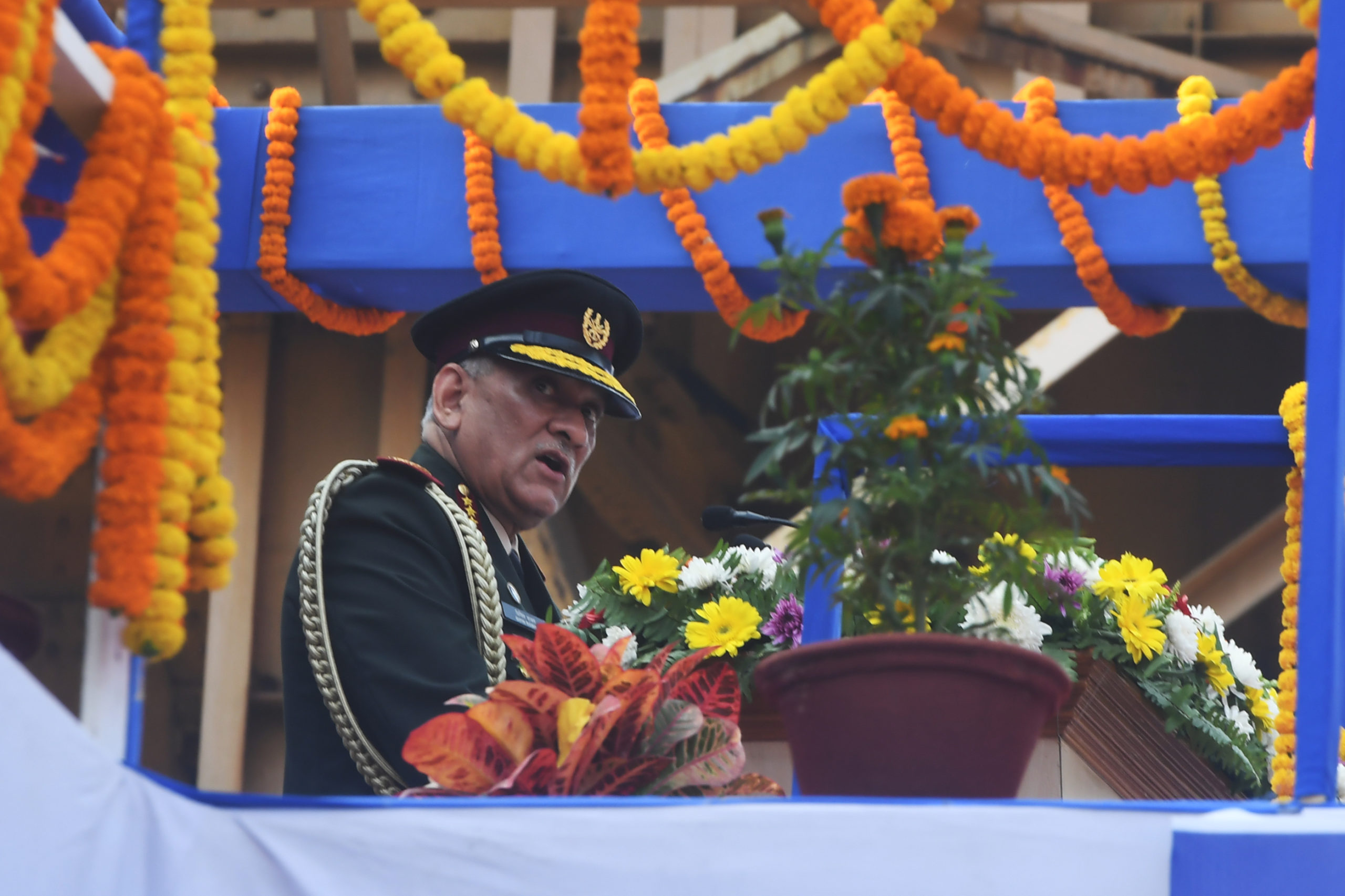 Chief of Defence Staff Bipin Rawat delivers a speech during the launch ceremony for the stealth frigate Himgiri into the Hooghly River in Kolkata on December 14, 2020. (Photo by DIBYANGSHU SARKAR/AFP via Getty Images)

“He was instrumental in creating the foundation of India’s joint theatre commands and giving impetus to the increased indigenisation of military equipment, a legacy which will be carried on and strengthened by successive generations,” the statement said. It also called Rawat’s wife, Madhulika Rawat, “an epitome of grace.”

Prime Minister Narendra Modi also tweeted that he was “shocked and anguished” by the casualties from the crash and said they “served India with utmost diligence.”

“The nation has lost one of its bravest sons,” Indian President Rashtrapati Bhavan said of the news. “His four decades of selfless service to the motherland was marked by exceptional gallantry and heroism.”