The House of Representatives passed the 2022 National Defense Authorization Act (NDAA), a massive appropriations bill that funds the Department of Defense, Tuesday night.

Congress is required to pass an NDAA every year or the U.S. military goes unfunded. The current version authorizes $768 billion in new spending and passed the House 363-70. It does not include a controversial amendment that would have required women to register for a military draft, and it also does not include an amendment floated by Democratic Party leaders that would have raised the debt ceiling.

2022 will be the fourth year in a row where service members receive a raise of at least 2.6%.

The NDAA creates a commission that will review the 20-year war in Afghanistan. The 12-person commission, whose members will be appointed by the House and Senate Armed Services committees, will “make recommendations to inform future operations with tactical and strategic lessons learned, including the impact of troop increases and decreases and date-certain deadlines.” Its report will be submitted to the president, secretary of defense and Congress by the end of August, 2022.

Although the sexual assault overhaul has had bipartisan support, some senators have expressed concern that it does not go far enough.

“This bill does not reform the military justice system in a way that will truly help survivors get justice,” Democratic New York Sen. Kirsten Gillibrand said, noting that unit commanders would still be involved in investigations and prosecutions. 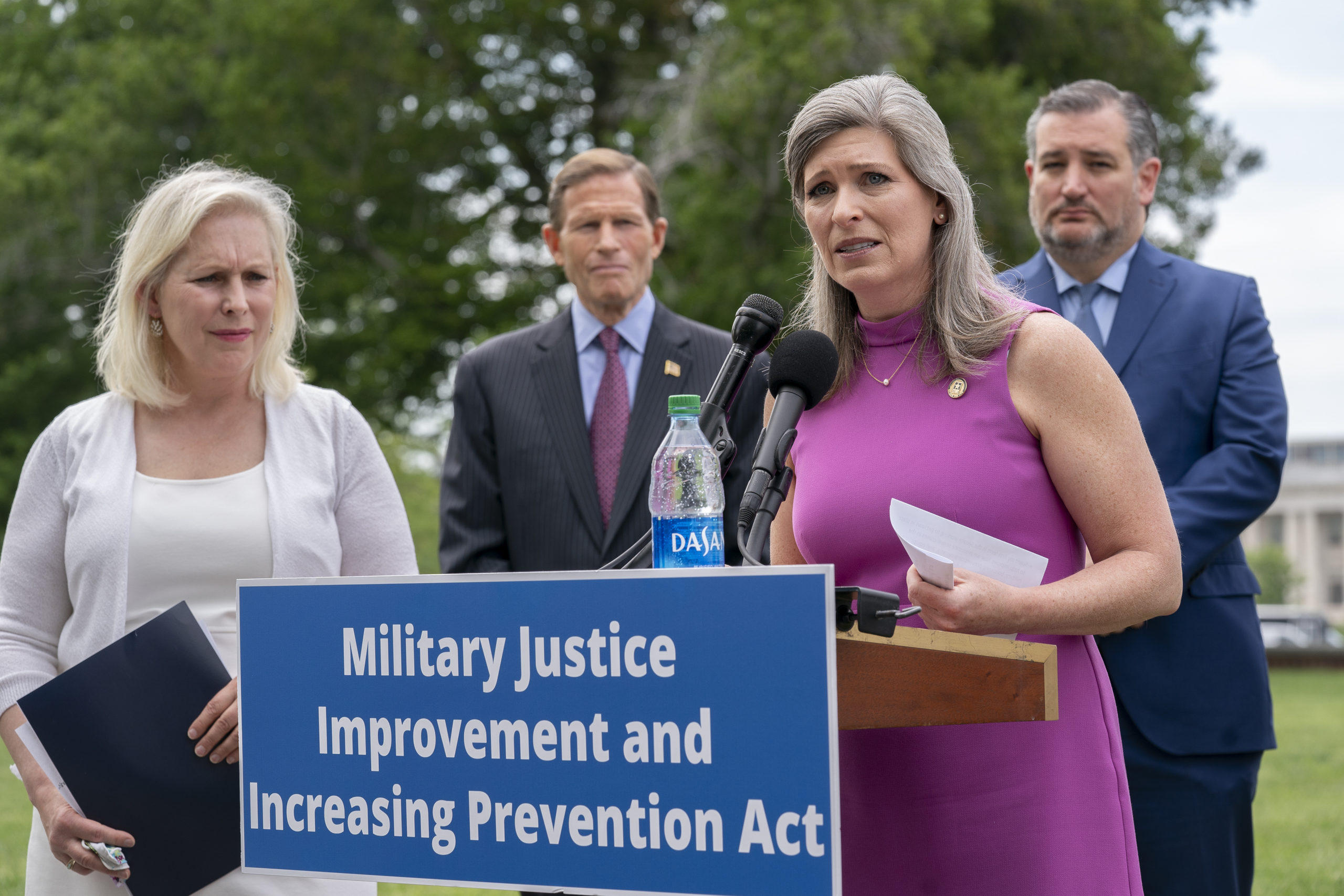 WASHINGTON, DC – APRIL 29: U.S. Sen. Joni Ernst (R-IA) speaks during a news conference outside the U.S. Capitol on April 29, 2021 in Washington, DC. A bipartisan group of Senators gathered in support of the Military Justice Improvement and Increasing Prevention Act, which would move the decision to prosecute a member of the military from the chain of command to independent, trained, professional military prosecutors. (Photo by Stefani Reynolds/Getty Images)

“We should have been on this bill much, much earlier, so that we could have a robust debate about the extremely important issues, especially the one of sexual assault and military justice reform,” Republican Iowa Sen. Joni Ernst added, calling for a standalone bill on the issue that Congress could debate and amend.

One provision requires each branch of the military to institute “training programs regarding human relations, diversity, equity, and inclusion for all covered individuals.” The trainings are required to address racism, sex discrimination, age discrimination and unconscious bias. (RELATED: Biden Executive Order Mandates Divisive, Unscientific Race ‘Training’ At Every Level Of The Federal Government)

Republicans have introduced bills in the House and the Senate that would ban federal funding of trainings that include tenets associated with critical race theory, but those bills have not become law.

The bill requires each branch of the U.S. military to report on the “racial, ethnic, and gender demographics in the military justice system during the preceding year,” and provide “an analysis of any disparities among race, gender, and ethnicity.” The Obama administration previously ordered school districts to provide similar statistics, in a move that some education experts argue was a precursor to racial quotas in detentions and suspensions.