A Virginia Department of Education administrator sent educators, including school nurses, a resource guide for effectively implementing “social-emotional learning,” an education style that is linked to critical race theory.

Sarah Bazemore, the school counseling specialist and student assistance systems coordinator at the Virginia Department of Education, sent the “social-emotional learning” (SEL) resource guide on Dec. 8 to educators statewide. The beginning portion of the resource guide asks teachers to rank their ability to implement SEL and find ways to improve.

Included in the guide are video links to “Teaching In Support Of Black Lives,” and enacting “restorative circle[s],” which call for students to engage in restorative justice practices, in the fourth grade. The guide also links to the New York Times’ “Nice White Parents” podcast.

One of the SEL resources calls for “student-centered discipline” and tells teachers and administrators to refrain from using “punitive measures” when students misbehave.

“Teachers should not attempt to over manage their students, nor should they use punitive measures to get students to behave,” the guide reads.

Educators were encouraged to give students an index card to fill out at the beginning of the school year that asks for their preferred name and pronouns. Teachers were told to “avoid using gendered language to address students” and “avoid grouping students by gender.” Making students aware of educators’ “ally status” was also encouraged.

“Instead, use birthdays, ice cream preferences, pet preferences, etc,” the guide reads. “If there are all-gender bathrooms, make sure students know where they are and that they are for everyone. Make your ally status known by hanging a rainbow flag, sharing your own pronouns and/or supporting the school’s LGBTQ groups.” 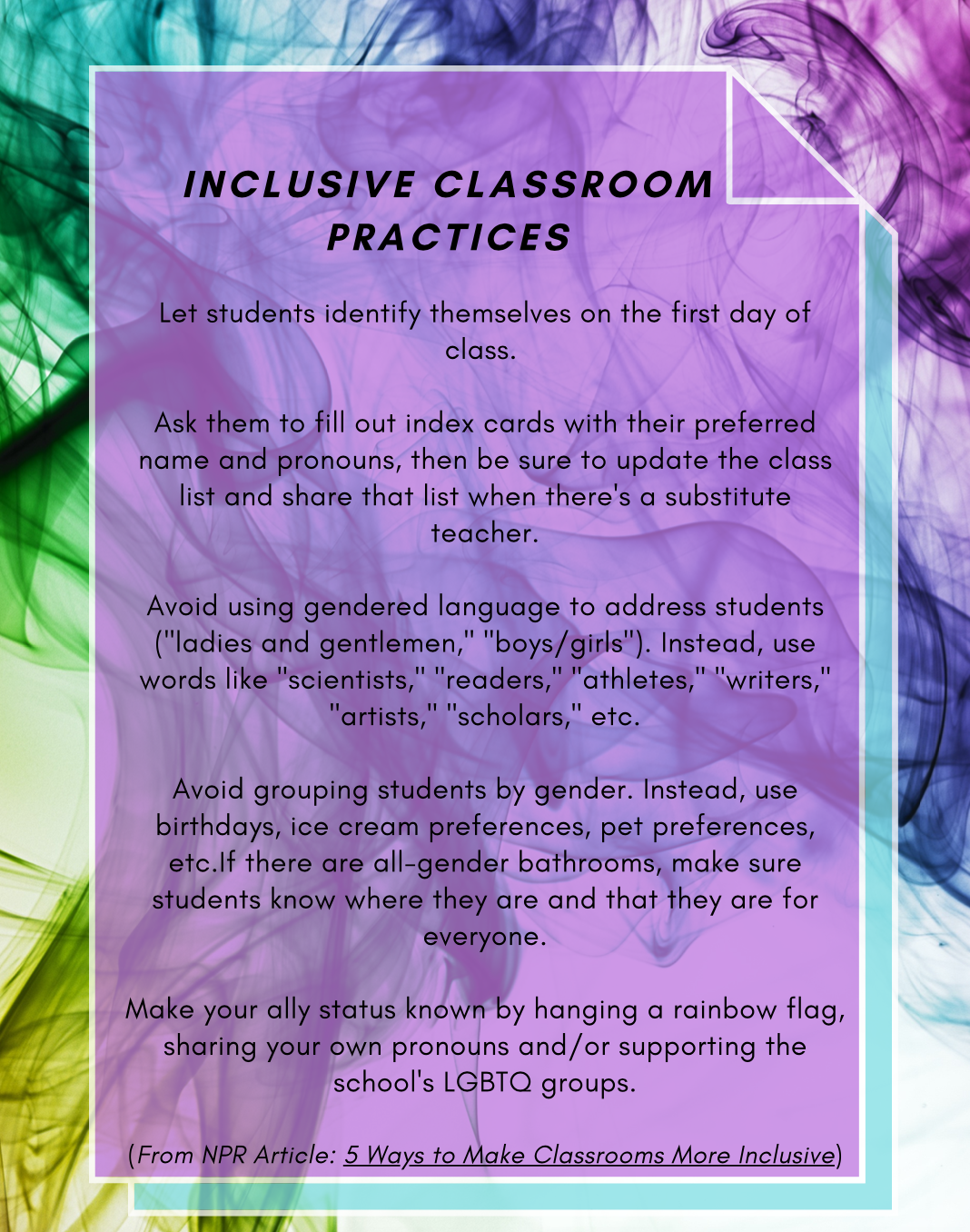 The Virginia Department of Education’s guide also included a link to the Anti-Defamation League’s reading list for kids. Many books provide children insight into different cultures and religions, though others had inherently political titles such as, “Kamala Harris: Rooted in Justice” and “Not My Idea: A Book About Whiteness.”

The Virginia Department of Education began sending SEL guidelines to district’s state-wide in May. Per a draft of the department’s proposal, middle and high schoolers may soon be forced to recognize and describe a slew of social justice terms in order to graduate. For example, seventh and eighth graders must “recognize and describe unfairness and injustice in many forms including attitudes, speech, behaviors, policies, practices, and laws,” according to the department’s proposal.

The Virginia Department of Education did not respond to the Daily Caller’s request for comment.