The number of Americans who filed new unemployment claims totaled 184,000 in the week ending on Dec. 4 as employers fight to retain workers during the busy holiday season, the Department of Labor reported Thursday.

The Labor Department figure shows a 43,000 claim decrease compared to the week ending Nov. 27, when jobless claims increased to 220,000. Economists surveyed by The Wall Street Journal projected claims to decrease to 211,000 for the week ending Dec. 4. This latest report brings the number of weekly jobless claims to a 52-year low, the fewest since September 1969, CNBC reported.

Employers have been desperately trying to retain employees as job openings soared to a near-record high of 11.03 million in November, the WSJ reported. In November, the quits rate declined by 4.7%, dropping to 4.16 million from 4.36 million in October, the U.S. Bureau of Labor Statistics (BLS) reported.

“The overriding dynamic in the job market of late has been this shortage of workers,” Mark Hamrick, senior economic analyst at Bankrate, told the WSJ. “The issue of fresh job loss has not been key for many months now.” 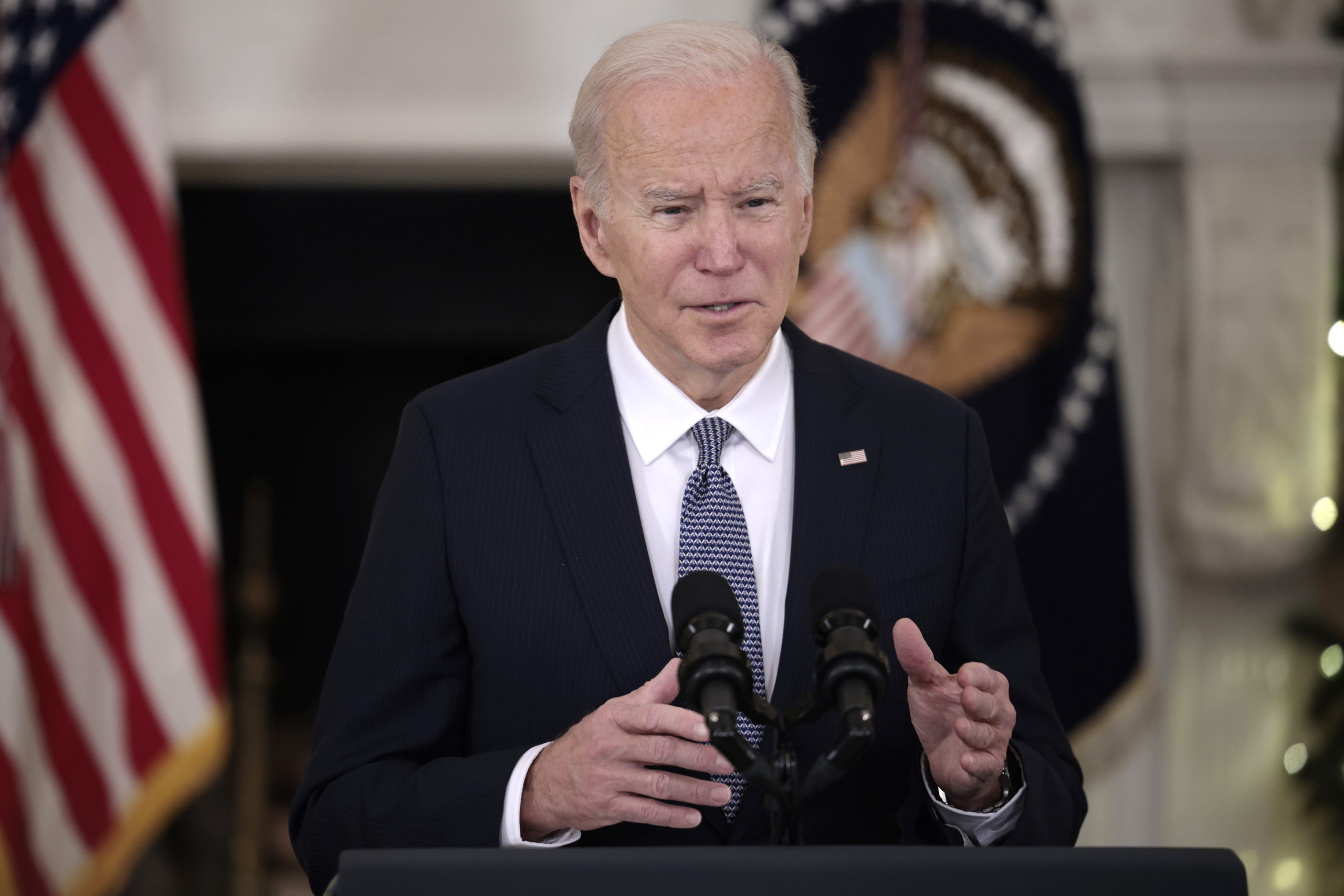 U.S. President Joe Biden gestures as he delivers remarks on the November jobs report in the State Dining Room of the White House on December 03, 2021 in Washington, DC. (Photo by Anna Moneymaker/Getty Images)

While the economy recovers from the COVID-19 pandemic, concerns have grown over the Omicron coronavirus variant and inflation persists. (RELATED: Almost Half Of All Americans Say Inflation Caused Them Financial Hardship)

The Consumer Price Index (CPI), a key inflation indicator, soared to its highest level in 30 years in October, and experts surveyed by the WSJ expect inflation to continue climbing. November’s CPI data is scheduled for release by BLS on Dec. 10.

“We know that the job market is not going to look like it did exactly before the pandemic,” Hamrick said. “But I think it’s important to note that there’s been substantial healing.”