Republican Florida Sen. Marco Rubio pressed The New York Times to answer for their alleged decision to withhold documents that connected the Chinese Communist Party (CCP) with genocide, after his initial letters were reportedly inadequately answered.

The Thursday letter, addressed to A.G. Sulzberger, chairman of the NYT Company and publisher of the NYT, called on the outlet to answer why they allegedly failed to respond to Rubio’s original letter as to why the NYT “engaged in selective reporting in 2019.”

The NYT published a piece in 2019 about Beijing’s role in building interment camps to detain Uyghurs. Rubio argued the report cited Chinese President Xi Jinping who said the camps were part of a counterterrorism law.

“In response to my November 30 letter, Assistant Managing Editor for International Michael Slackman confirmed that the New York Times intentionally withheld nearly every document, noting that the paper ‘created replicas of several pages of the documents for illustrative purposes and to highlight key passages.’ Critically important information was contained within the hundreds of pages that were hidden – and continue to be hidden – from the American people and governments across the globe,” Rubio said in Thursday’s letter. 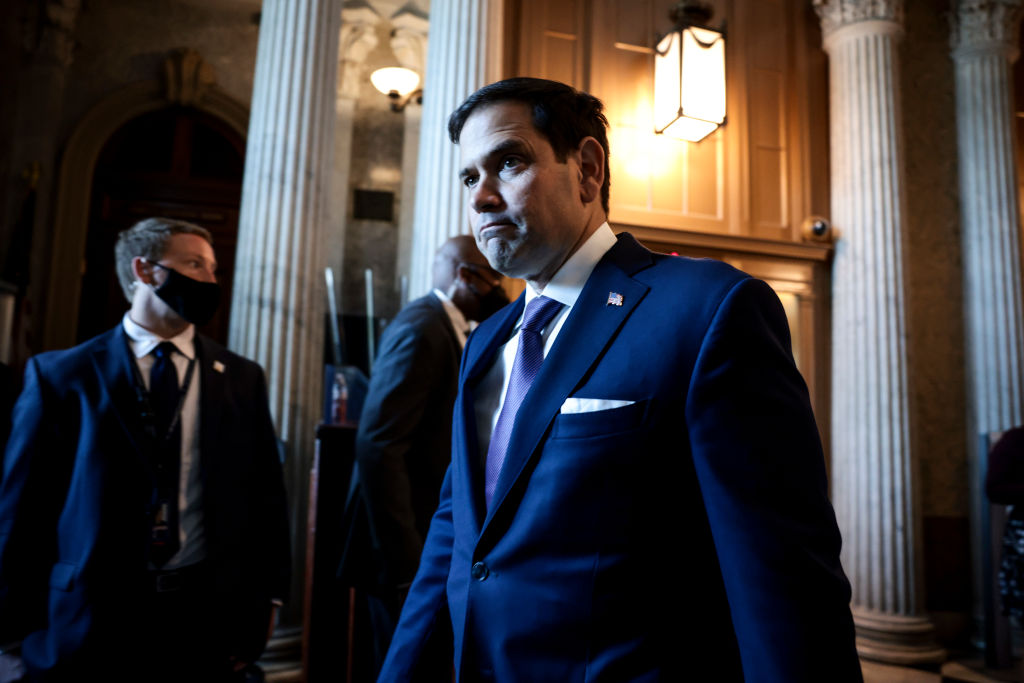 WASHINGTON, DC – OCTOBER 07: Sen. Marco Rubio (R-FL) arrives to a luncheon with Senate Republicans at the U.S. Capitol Building on October 07, 2021 in Washington, DC. Senate Democrats and Republicans are working on the next steps before a vote on the debt limit after reaching a deal earlier in the day that will temporarily raise the debt limit through early December. (Photo by Anna Moneymaker/Getty Images)

Rubio called the NYT’s reported failed response a “glaring omission that raises the prospect that the Times may have censored its reporters at the request of a genocidal regime.”

Slackman responded to Rubio’s original letter calling his characterization of the NYT’s reporting “simply wrong,” according to Fox News. Slackman reportedly said the outlet was concerned the CCP would uncover the whistleblower.

Rubio told Fox News that the defense of fear of retribution is weak.

“Like any other corporate media entity they probably fear being kicked out of China, they probably fear losing access to China, losing reporting capabilities. That comes into play for media outlets who decide not to pursue certain stories,” Rubio said to Fox News.

Rubio also told the outlet he believes the NYT selectively withheld the documentation because it could have helped former President Donald Trump.

“To put out there information that proves Xi Jinping is responsible for genocide would have helped the narrative being pursued by the Trump administration,” Rubio told Fox News.

Under Trump, the U.S. became the first country to formally declare the Chinese Communist Party is committing “genocide” against Uyghur Muslims.