At least 54 people were killed and more than 100 others were injured when a truck full of migrants crashed in southern Mexico on Thursday, The New York Times reported.

The accident occurred when a truck carrying more than 100 people overturned, the head of the state Civil Protection Service, Luis Manuel García Moreno, told Milenio TV, the NYT reported. It is one of the deadliest accidents involving migrants in decades.

The truck contained passengers who were mostly migrants traveling from Central America, and it was moving at an “excessive” speed when it rounded a sharp curve and flipped, a witness told García, the NYT reported. The truck then crashed into a pedestrian bridge and construction close by.

“My solidarity with the victims of the traffic accident,” Rutilio Escandón, the governor of the state where the crash happened, tweeted. He noted that 105 injured people were receiving treatment as of Thursday night. (RELATED: Over 30 Migrants Drown Trying To Get To UK After Boat Capsizes)

“I have given instructions to provide prompt attention and assistance to the injured,” Escandón said, the NYT reported. “Responsibility will be determined according to the law.” 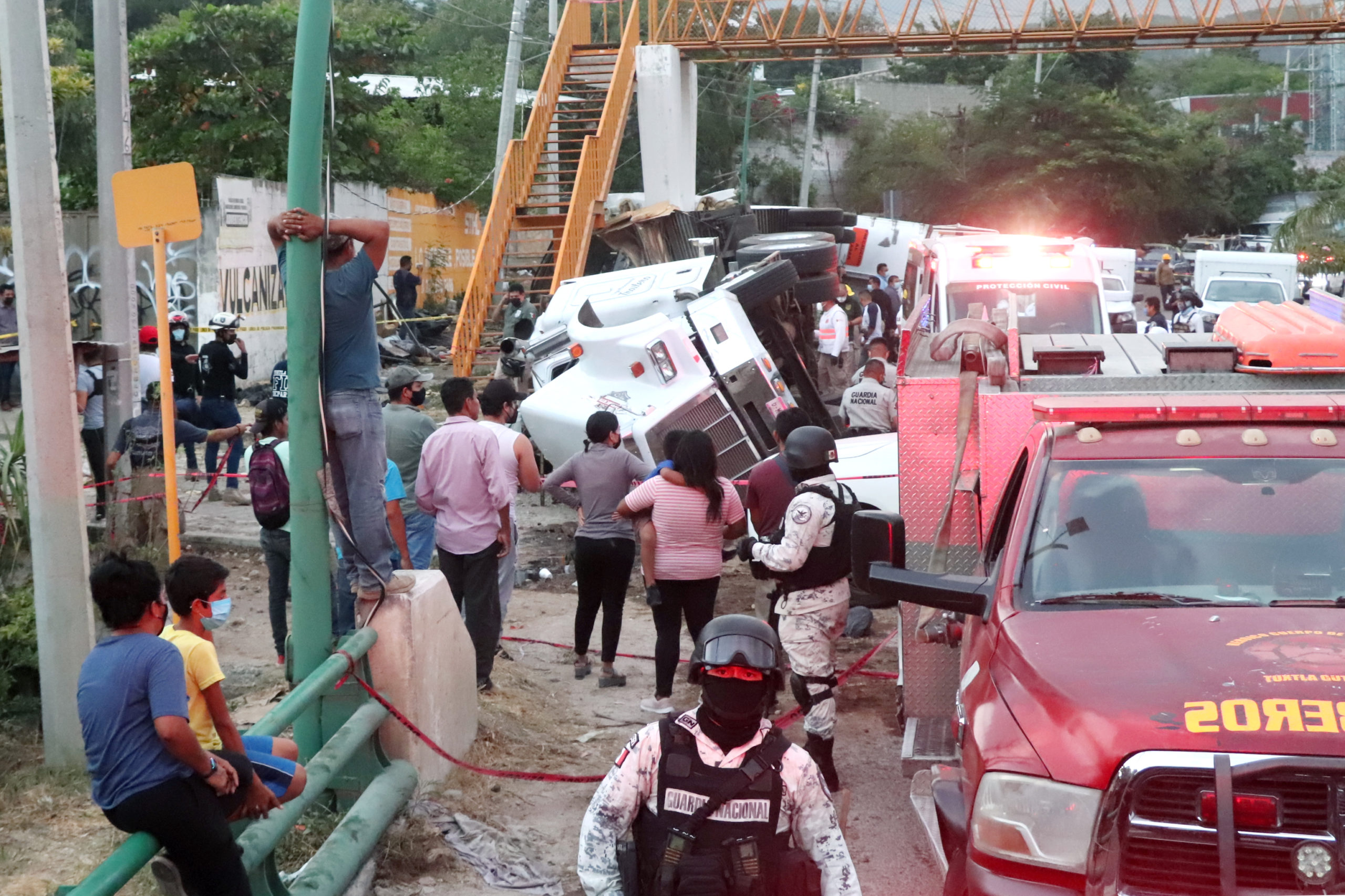 Mexican national guard officers work in the area after a traffic accident that killed migrants from Central America on December 9, 2021 in Tuxtla Gutierrez, Mexico. (Photo by Alfredo Pacheco/Getty Images)

Migrants attempting to enter the U.S. are often packed into vehicles for their journey and can face danger and violence along the way, the NYT reported. The bodies of 19 people, mostly migrants, were found in a charred pickup truck in January near the U.S.-Mexico border.

“The rising migrant death toll in the region is highly alarming,” said Michele Klein-Solomon, regional director of the International Organization for Migration for Central, North America and the Carribean, the NYT reported. At least 750 migrants have been killed in Mexico while traveling north since 2014, according to the organization.

The “Remain in Mexico” program, which has been criticized by human rights groups for forcing migrants to wait in unsafe conditions in Mexico, was reinstituted by the Biden Administration last week.

“Under the Remain in Mexico program, the United States and Mexico have knowingly put thousands of asylum seekers’ lives in danger,” Ari Sawyer, a researcher for Human Rights Watch, said in a statement Thursday, the NYT reported.