DJI, a drone maker based out of Shenzhen, China, has paid CLS Strategies $190,000 in 2021 to lobby on drone legislation including the American Security Drone Act, according to lobbying disclosure forms. The act was reintroduced by Republican Sen. Rick Scott in January and prevents the federal government from procuring drones manufactured or assembled in China, with certain exceptions.

The American Security Drone Act is now part of the U.S. Innovation and Competition Act, a sweeping legislative package which passed the Senate in June aiming to boost U.S. innovation and technological competitiveness with China. The bill mainly includes investments for U.S. technological research and development, as well as several national security measures including the drone provision and a ban of TikTok on government hardware, and is expected to receive a House vote in the coming months.

CLS Strategies’ lobbyist for DJI on the American Security Drone Act is Andrew Koneschusky, who previously worked as national press secretary to Sen. Chuck Schumer. Schumer introduced, and has been the driving force behind, the U.S. Innovation and Competition Act of which the American Security Drone Act is now a part; it’s unclear which lawmakers Koneschusky lobbied on the drone bill.

Cassidy and Associates did not respond to the Daily Caller News Foundation’s requests for comment.

The U.S. Commerce Department placed DJI on its Entity List in December 2020, restricting U.S. companies exporting technology to DJI, and alleged the drone manufacturer to have “enabled wide-scale human rights abuses within China” through “high-technology surveillance.”

Bloomberg reported in March 2020 that DJI had struck a 2017 deal with police in the Xinjiang province of China, where Uyghur Muslims are currently forced into labor and internment camps by the Chinese government. (RELATED: Feds Purchasing Surveillance Drones From Chinese Company The Pentagon Says Is A Security Threat)

The company has also been associated with data privacy and national security issues; cybersecurity firm River Loop Security issued a report claiming that an app used to control one of DJI’s devices was sending data back to servers on mainland China, which the firm alleged could be accessed by Chinese authorities per the third-party servers’ terms of service. The Department of Defense has said that DJI’s drone systems “pose potential threats to national security,” while the Department of Homeland Security has said it believes DJI could be “providing U.S. critical infrastructure and law enforcement data to the Chinese government.”

To lobby on the American Security Drone Act, DJI enlisted CLS Strategies, a firm with links to the Democratic party.

CLS Strategies’ founding partner is Robert Chlopak, who was the former executive director of the Democratic Senatorial Campaign Committee, according to CLS’ website. Chlopak is also a longtime Democratic donor, according to Federal Elections Commission (FEC) records.

Similarly, Mark Feierstein, listed as a senior adviser to CLS on the group’s website, worked in the Clinton administration as a senior adviser and speechwriter to the U.S. Ambassador to the Organization of American States. Feierstein also spent six years in the Obama administration, with part of his tenure devoted to issues in Latin America. (RELATED: Chinese Bot Network Used Social Media To Encourage Asian American Protests, Researchers Find)

CLS was found by Facebook to have engaged in a coordinated political influence campaign in several South American countries, including Bolivia and Venezuela, according to Facebook’s August 2020 Coordinated Inauthentic Behavior Report. 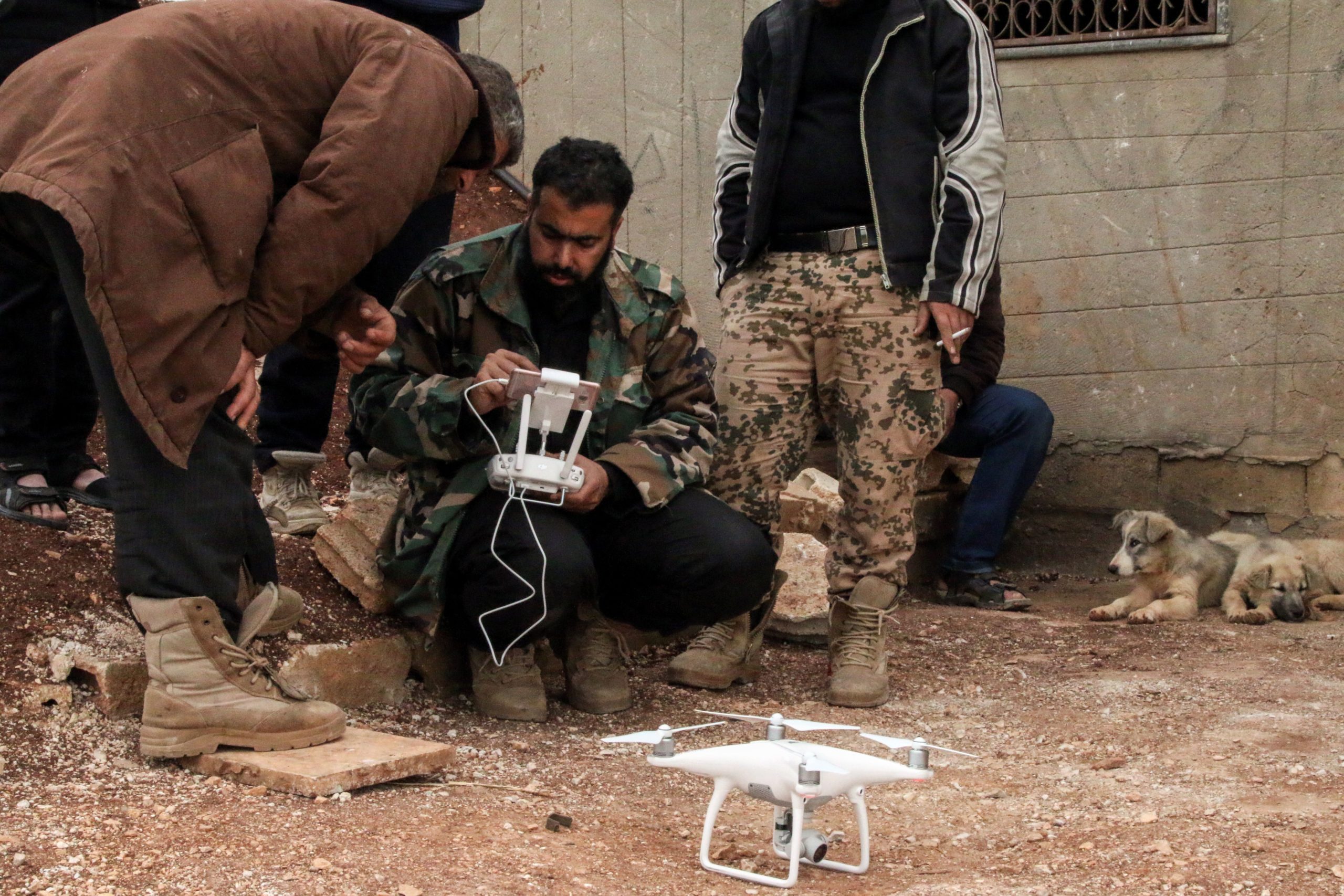 CLS did not respond to the DCNF’s requests for comment.

DJI has itself lobbied on drone legislation, specifically the American Security Drone Act and the UAS Act, as well as the U.S. Innovation and Competition Act.

When reached for comment, DJI spokesman Adam Lisberg dismissed any data and security concerns as unfounded, pointing to several independent reviews of the company’s products.

“We are aware of critics and competitors who have claimed otherwise, and simply put, their claims are false. They have provided no evidence to support their accusations,” Lisberg said. “When our products are evaluated on a factual and technical basis, not headlines or innuendo, their utility and security remains unmatched.”

The American Security Drone Act echoes concerns raised by several Republican lawmakers over the potential national security risks posed by DJI. Reps. Jim Jordan and Matt Gaetz launched an inquiry into state and local government’s use of DJI products in May 2020.

“DJI and its crew of lobbyists can say whatever they want, but it won’t distract from the facts,” Sen. Rick Scott told the Daily Caller News Foundation. “The Communist Chinese government controls DJI and its dangerous drones can be used by the Communist Party of China to spy on Americans. Any claims otherwise are pure propaganda.”

The U.S. Secret Service and the FBI have purchased DJI drones since the company was added to the Entity List, according to procurement records first reported by Axios.

Editor’s note: This article has been updated to include a statement from Sen. Rick Scott.