Extensive permitting processes under the National Environmental Policy Act (NEPA) make it extremely difficult to open mining projects in less than a decade, according to experts. The nation’s weakness in producing minerals required for technologies such as solar panels, electric vehicles and wind turbines has set it far behind the likes of China and Russia which have secured burgeoning green energy supply chains.

“The NEPA process needs to be reviewed and looked at,” Minnesota Rep. Pete Stauber, the top Republican on the Natural Resources Energy and Mineral Subcommittee, told the Daily Caller News Foundation. “Reduce the redundancy and the red tape. Instead of going through a state process and a federal process, which are the same, take the strictest, most stringent process and move it along.”

On average, it takes about 10 years for the federal government to approve mining permits, one of the longest wait times worldwide, according to the National Mining Association. In a lengthy June report on supply chains, the White House acknowledged the legal hurdles that mining firms must overcome before receiving approval for projects, citing an industry report that “consistently gives the U.S. very low marks related to permitting risk.”

Stauber has introduced several pieces of legislation that he said would reform the mining approval process in the U.S. and strengthen domestic production. Some of his proposed reforms include consolidating the permitting process to within 30 months, or 2-3 years. (RELATED: Key Climate Provision In Biden’s Spending Package In Limbo) 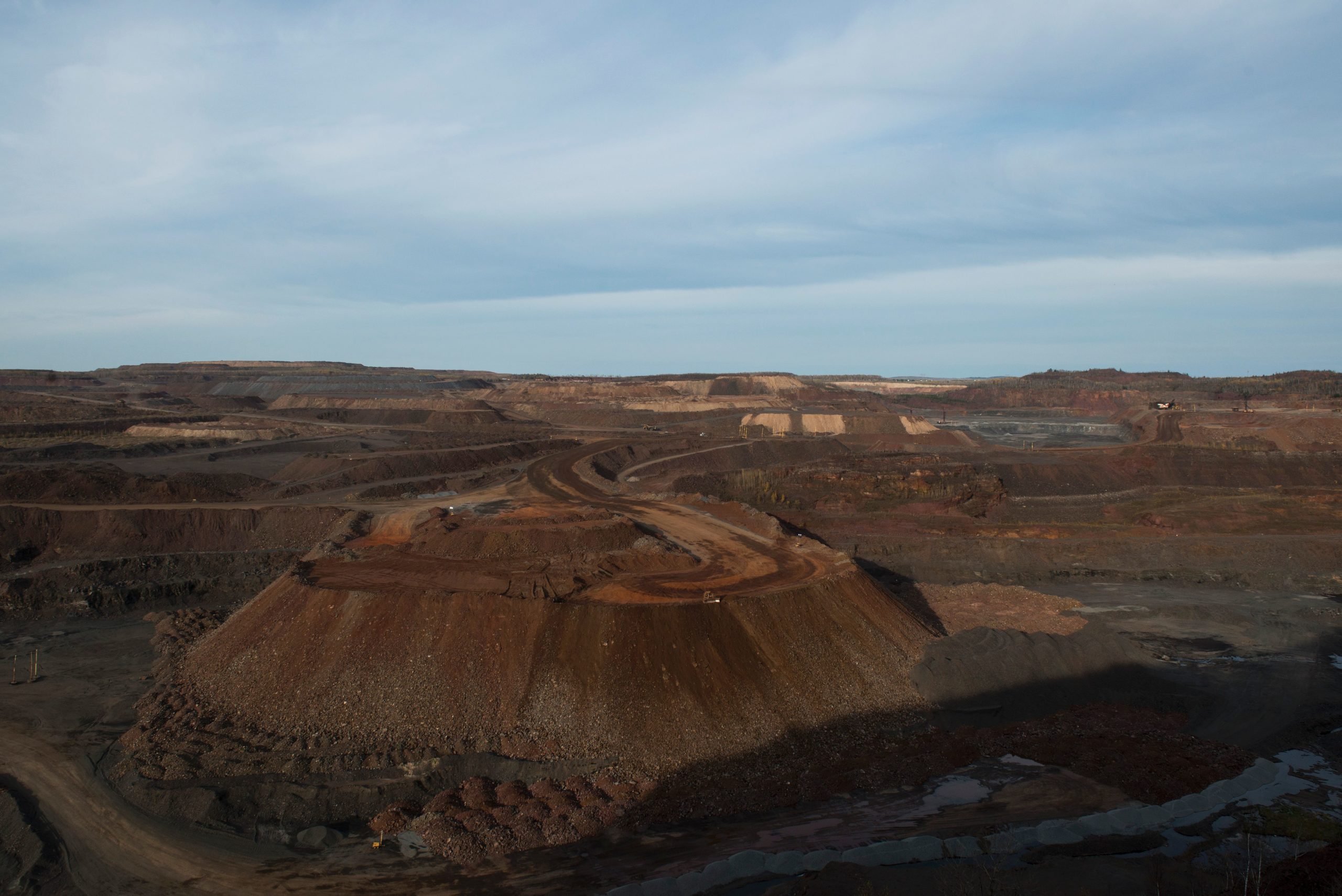 A view of the Hull-Rust Mahoning open pit iron mine in Hibbing, Minnesota in 2016. (Stephen Maturen/AFP via Getty Images)

But the Biden administration has moved to reverse NEPA reforms made under former President Donald Trump who scaled back regulations. The 1969 law mandates that relevant government agencies extensively review projects that require federal permits and broadly assess their impact on the environment.

Democrats and environmental activists have long been vocal opponents of cutting red tape on mining permitting. In April, Natural Resource Democrats led by Chairman Raúl Grijalva of Arizona advocated for more regulations in a letter to top administration officials and, in October, the Interior Department announced that it would consider a 20-year ban on new mining projects located in the mineral-rich Boundary Waters Canoe Area Wilderness in northern Minnesota.

“We can do it in a more efficient way without sacrificing data, scientific standards, environmental standards or public review,” Mckinsey Lyon, the vice president of external affairs at Perpetua Resources, told the DCNF in an interview. “It starts with a basic commitment in our country to recognizing the need to bring mineral production home.”

For several years, Perpetua Resources has been entangled in a federal review process to mine for antimony, a mineral rarely found in the U.S. and key to several advanced technologies, at a former World War II-era gold mine in central Idaho. But at its current rate, the company is expected to begin production a whopping 17 years after it first identified the resource.

“That timeline is just too long,” Lyon continued. “If we’re going to achieve our nation’s national security, energy and economic goals, it can’t take 17 years to do this.”

Perpetua favors a rigorous but efficient permitting process, Lyon added, noting that NEPA regulations have helped the company make the project more environmentally friendly. Perpetua has also committed to restoring the habitat in the site’s area which was harmed by previous projects there decades ago.

During the several years of Perpetua’s attempt to receive approval for production, China, Russia and Tajikistan have cornered the market for the mineral, according to a United States Geological Survey (USGS) report. China alone mined 80,000 metric tons of antimony in 2020, equivalent to 52% of global production.

The U.S. didn’t produce any antimony in 2020 despite its availability in Idaho, Alaska, Montana and Nevada, the USGS report said. If approved, Perpetua’s project would be the only antimony mining project in the U.S. and would account for 35% of the nation’s demand for the mineral in its first six years.

“We now find ourselves in a situation where the materials we need in order to accomplish our goals can be held hostage by geopolitics,” Lyon said. (RELATED: Electric Vehicle Push Is Sparking Massive Deforestation, Environmental Damage)

Antimony is one of several minerals needed to manufacture clean energy technology and one of 50 minerals deemed “essential” for U.S. economic and national security. It is particularly important for large-scale industrial batteries which will become important as the grid continues to become more dependent on renewable energy.

In August, Perpetua announced an agreement with Ambri, a Massachusetts-based company that has developed a battery it says will be the backbone of future carbon-free grids.

Cobalt, copper, lithium nickel and graphite are other key ingredients for green energy technologies, according to an International Energy Agency (IEA) report published in May. USGS reports on these mineral supply chains showed that the U.S. has a long way to go before establishing a foothold in the global mineral industry.

The U.S. mined less than 1% of cobalt, 6% of copper, less than 1% of nickel and 0% of graphite produced in 2020, according to the USGS. Overall, China controls about 55% of the world’s mining capacity and 85% of global mineral refining, the White House’s supply chain report from June concluded.

For context, the average electric car needs six times more mineral resources than a conventional car while a single onshore wind turbine plant requires nine times more minerals than a typical fossil fuel plant, the IEA’s May report said. More than 17,500 pounds of copper is needed for a single offshore wind project with a capacity of just one megawatt. 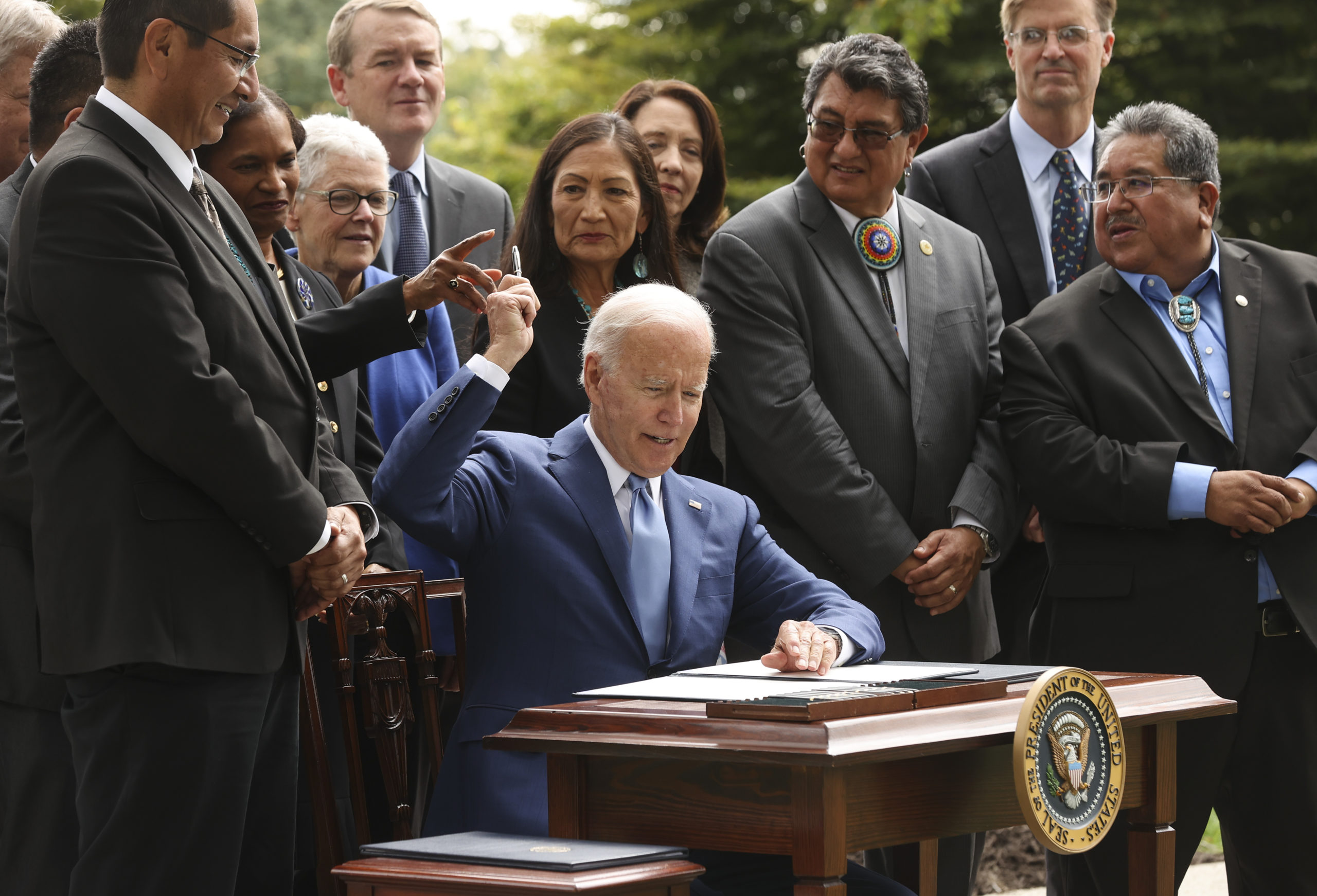 The U.S., like many other nations though, has committed to aggressive goals such as a completely carbon-free grid by 2035 and net-zero emissions by 2050. In September, the Biden administration released a forecast that stated 84-89% of total U.S. energy could come from wind turbines and solar panels by 2050.

At its current rate, the U.S. would be almost entirely dependent on foreign powers to make these goals a reality.

“The data shows a looming mismatch between the world’s strengthened climate ambitions and the availability of critical minerals that are essential to realizing those ambitions,” IEA Executive Director Fatih Birol said following his organization’s release of its May report on global mineral industry.

“The challenges are not insurmountable, but governments must give clear signals about how they plan to turn their climate pledges into action,” he continued. (RELATED: Big Oil CEOs Thumb Nose At Green Energy Transition, Say Fossil Fuels Still Have ‘Essential Role’)

‘Blowing up a mountain isn’t green’

New mining projects in the U.S. are also often met with fierce litigation and environmental protests when proposed.

“Blowing up a mountain isn’t green, no matter how much marketing spin people put on it,” Max Wilbert, an activist who has protested a lithium mining project in Nevada, told The New York Times.

The Lithium Americas project, which would be the first mine of its kind in a decade, is the subject of two federal lawsuits that said its environmental impacts were “swept under the rug.” In July, a federal judge for the U.S. District Court for the District of Nevada ordered that the two suits be consolidated into one case.

Environmentalists have argued that such mining projects harm the land, water and wildlife nearby. In their letter to Biden administration officials in April, the Democrats on the Natural Resources Committee similarly said mining poses an “unacceptable risk” to U.S. natural resources and public health. 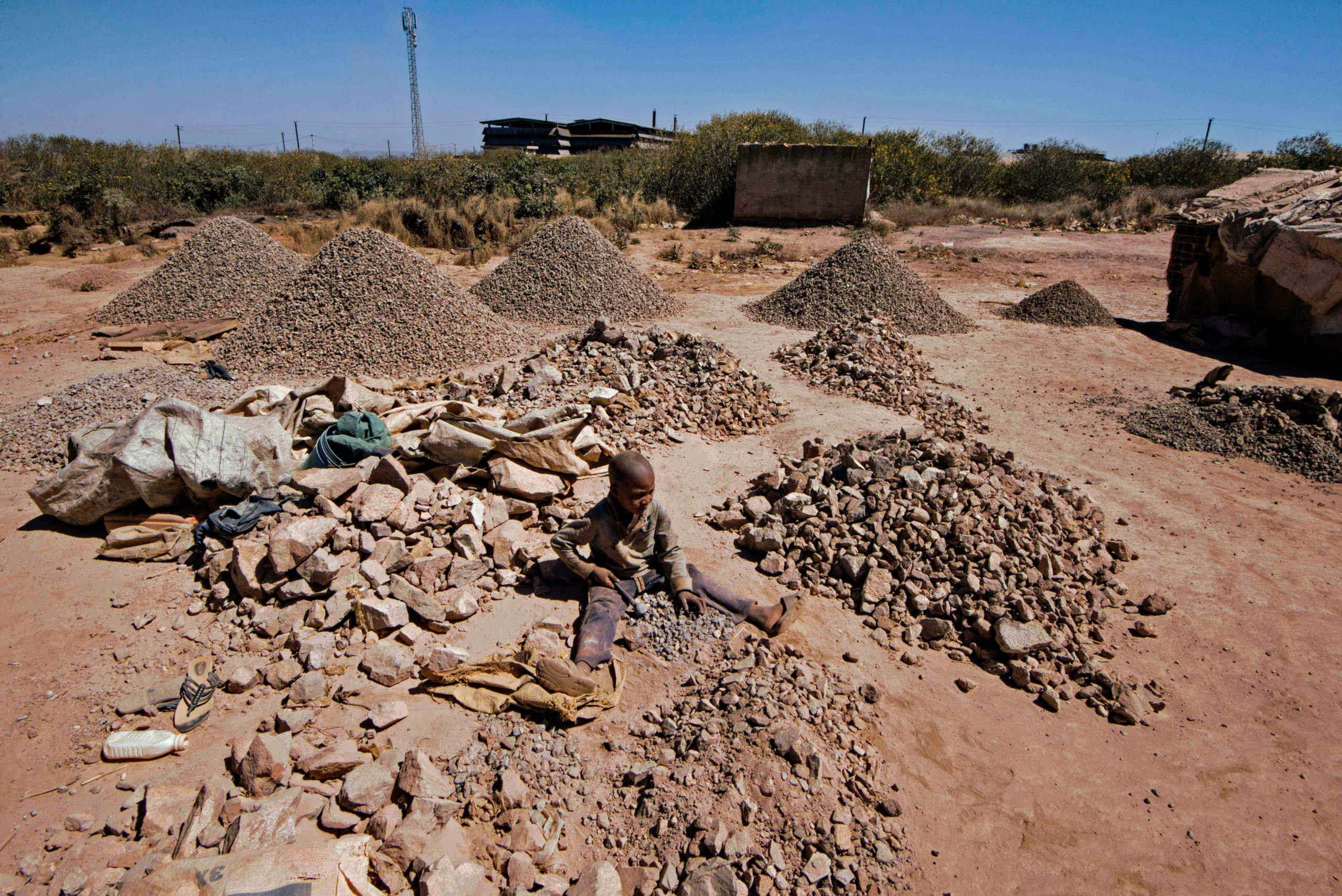 A child breaks rocks extracted from cobalt mining at a copper mine quarry and cobalt pit in Lubumbashi, DRC on May 23, 2016. (Junior Kannah/AFP via Getty Images)

Advocates for domestic mining, however, say that the labor rights and environmental regulations are far superior in the U.S. than in nations like China and Russia where minerals would continue to be imported from, if domestic mines are shut down. There should be more mining in the U.S. to ensure proper oversight into where the nation’s minerals are sourced, they argue.

“Any time we have mineral production that’s outside of our control, we have to question the environmental and ethical conditions in which it’s being produced,” Lyon told the DCNF. (RELATED: Renewable Energy Experts Cast Doubt On Biden’s Wind Power Plans)

Mines in the Democratic Republic of the Congo have employed child labor to extract cobalt, an Amnesty International investigation in 2016 found. The nation, located in central Africa, mined 70% of the world’s cobalt in 2020, according to the USGS.

“We know that there are 30-40,000 child slave laborers mining minerals, forced against their will,” Rep. Stauber said, citing the report. “And we as the United States are purchasing the minerals.”

Laura Murphy, a human rights expert who has studied the ties between the global solar panel industry and forced labor in the Uyghur region of China, said that addressing current issues in the supply chain could ultimately have a positive impact on the environment. She noted that many of the Chinese factories where the materials are produced are powered by coal which emits more carbon when burned than any other energy source.