President Joe Biden spoke with Democratic West Virginia Sen. Joe Manchin about his Build Back Better agenda on Monday afternoon as the deadline to pass the legislation before year’s end creeps closer.

White House deputy press secretary Andrew Bates offered a bare readout of the phone call between Biden and Manchin, saying that it was “good” and “constructive” and noting that the two “agreed to follow up with one another in the coming days.” A statement from Manchin’s team read almost verbatim to that of the White House.

Manchin himself offered little in way of details as well, telling reporters afterwards that the conversation was “nice” and that he’s “engaged” with Biden, according to The Hill.

Manchin has consistently been on the fence about passing Biden’s $2 trillion spending package, repeatedly citing concerns about the bill’s price tag. This uncertainty coincides with both a rise in inflation and a new, revised score released by the Congressional Budget Office (CBO).

The CBO score came at the request of South Carolina Sen. Lindsey Graham and Missouri Rep. Jason Smith and speculates on the cost of Biden’s bill if various provisions, like the child tax credit expansion, became permanent. Under this parameter, Biden’s Build Back Better agenda would “increase the deficit by $3 trillion over 2022 to 2031,” the CBO score found. 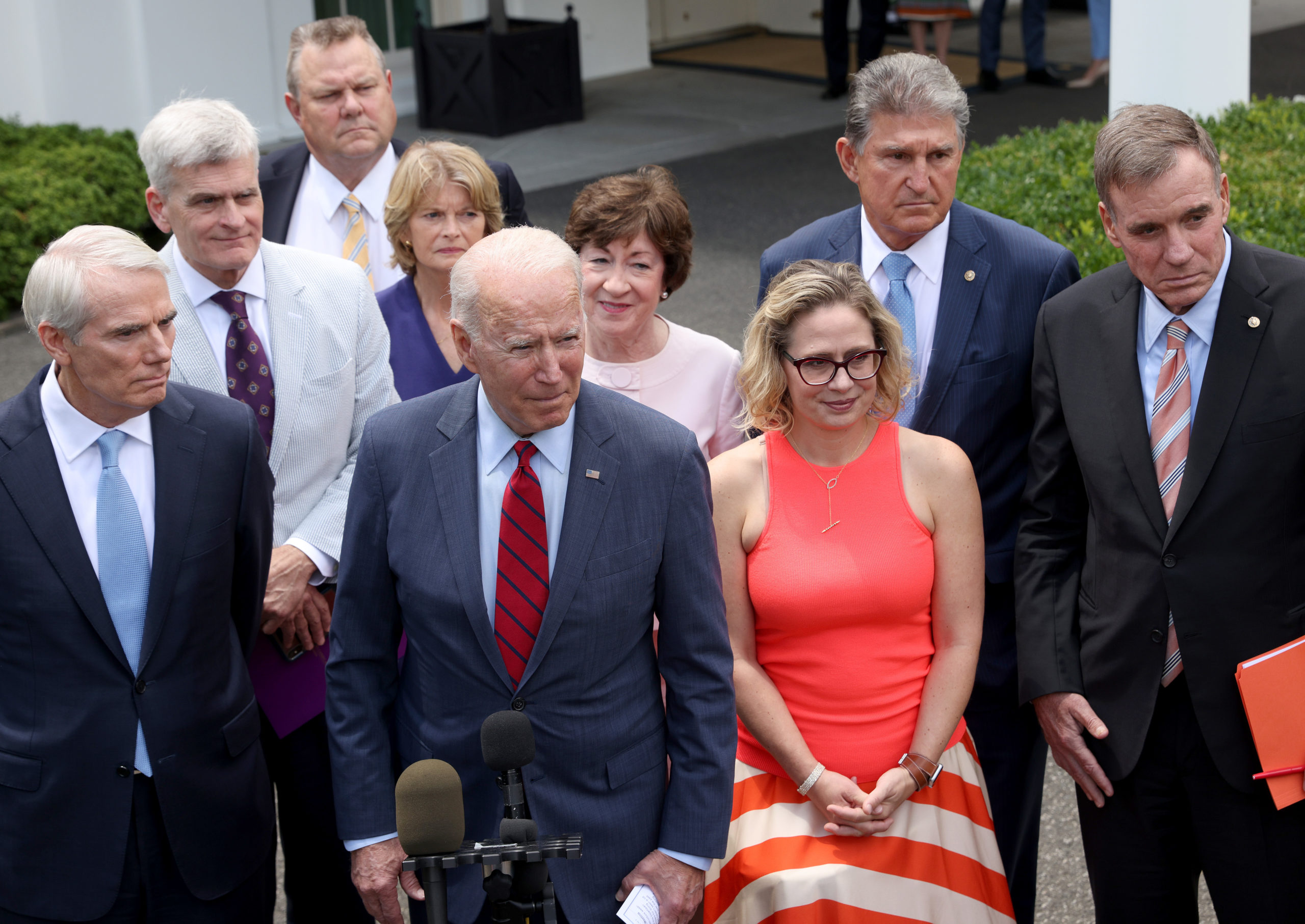 “I talked to him this morning and he was stunned,” Graham said on Friday regarding Manchin and the new CBO score, according to CNN. “I think he felt vindicated in that his concerns were legitimate.”

Manchin appears particularly worried about inflation, which recently reached its highest level in 39 years. He told reporters earlier Monday that these numbers are “alarming” and “not transitory,” according to The Hill.

“It’s going up, not down, and I think that should be something we’re concerned about,” Manchin said.

In light of the inflation news, Biden admitted he’s unsure whether he’ll be able to get Manchin on board to pass the bill. The West Virginia senator’s vote is viewed as vital to Biden’s agenda passing. (RELATED: Over 60% Of Americans Say Biden’s Policies Are To Blame For Accelerating Inflation)

“I don’t know the answer to that,” Biden said Friday when asked whether he can get Manchin on board given the circumstances. “I’m going to be talking to him at the beginning of the week.”

While it’s unclear when the two plan to speak again, Manchin offered a glimmer of hope for those wanting the social spending package to pass by Christmas, telling reporters that “anything is possible.”