“That is not why Vladimir Putin is doing this,” Hoffman said. “That has nothing to do with the timing of why he’s doing this. He’s deadly serious about Ukraine not joining NATO and that’s the way he’s looking at this.”

Secretary of State Antony Blinken announced that the U.S. would waive sanctions on the pipeline, which is run by the Russian state-run firm Gazprom, in May. Biden gave the final approval in July after meeting with then-Chancellor Angela Merkel of Germany.

As thousands of Russian troops have assembled at the border, with U.S. intelligence estimating Moscow has developed plans for an invasion, some Republicans have blamed the Nord Stream 2 decision for the crisis. Republican Texas Sen. Ted Cruz told the DCNF that Biden’s “weakness” on the issue led Russian President Vladimir Putin to act. 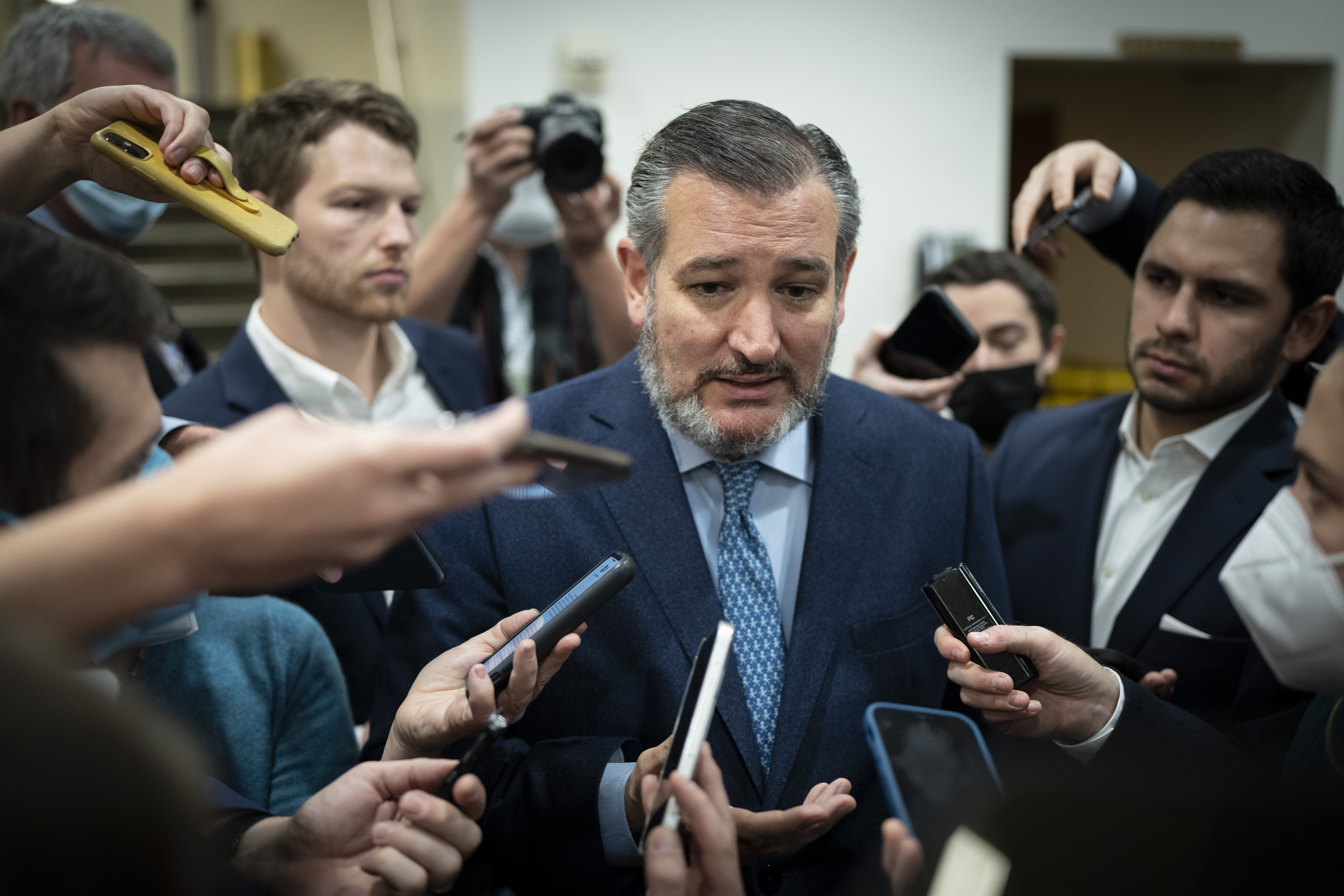 Sen. Ted Cruz (R-TX) talks with reporters on his way to a vote at the U.S. Capitol on December 2, 2021 in Washington, DC. (Photo by Drew Angerer/Getty Images)

“Biden’s surrender on Nord Stream 2 sealed this perception and left Ukraine open to invasion by giving Putin an alternative route to move gas to Europe,” Cruz said. “That’s why Russian tanks are massing on the Ukrainian border right now.”

“President Biden gave Putin a pass on the Nord Stream 2 pipeline,” Republican Florida Sen. Marco Rubio told the DCNF. “That decision left our friends in Eastern Europe, including Ukraine, incredibly vulnerable to Moscow. Now, we find that Putin is planning an invasion on Ukraine.”

Hoffman argued that those making such assertions are playing politics, as sanctions were never going to “change Putin’s calculus.” (RELATED: ‘That’s Not On The Table,’ Biden Says On Sending US Troops To Ukraine)

“I don’t think that holds water at all,” Hoffman told the DCNF. “It’s because of ideas like liberty, freedom and democracy, which is what Ukraine has going for it … if those ideas came to Russia, Putin would be gone.”

Hoffman is an advisory board member at BGR Group, which Nord Stream 2 has paid to lobby on its behalf, including $210,000 in the third quarter of 2021, according to records obtained by ProPublica. Hoffman said he was not on the team lobbying for Nord Stream 2.

The Russian foreign ministry released a list of demands amid the escalating conflict on Friday, one of which was asking NATO to rescind its promise to Ukraine and Georgia that they would eventually become members, Reuters reported. 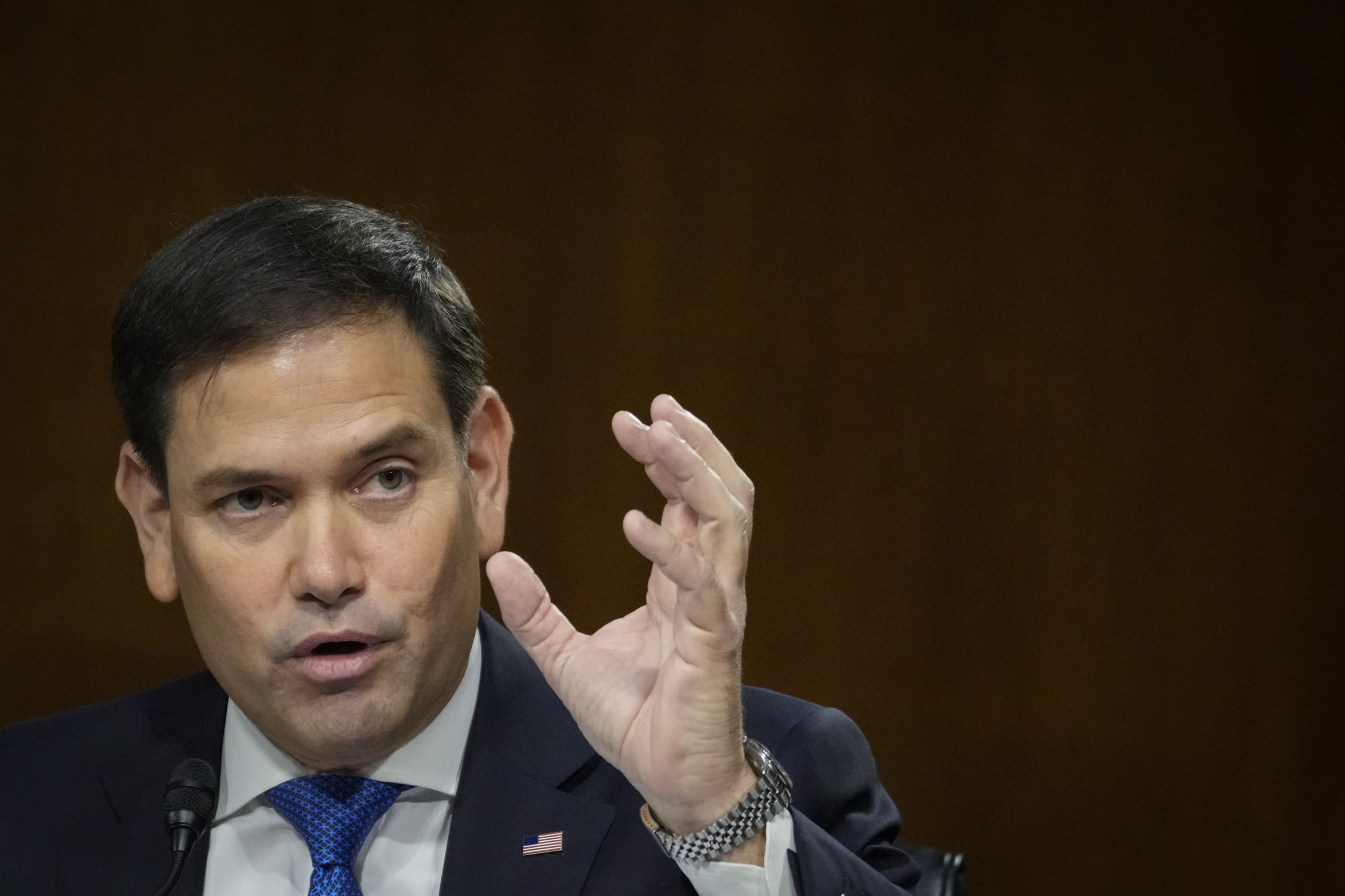 National security adviser Jake Sullivan has argued that Nord Stream 2 actually gives the U.S “leverage,” because if Putin wants gas to flow through the pipeline, “he may not want to take the risk of invading Ukraine.”

Former Under Secretary of Defense Robert Wilkie, a visiting fellow at The Heritage Foundation, took the opposite stance, agreeing with Republicans who stated that Nord Stream 2 played a role in Russia sending its troops to the border.

“Biden made a preemptive concession at the beginning of his administration without going to the table and talking with Putin,” he previously told the DCNF. “Once the natural gas starts to flow, you have just tethered Western European comfort and prosperity to Moscow.”

Mantas Adomenas, the foreign affairs vice minister of Lithuania, warned the pipeline would make Russia a greater threat to Ukraine and the Western world in October, telling Newsweek there was “nothing to dissuade us that Russia is not going to use it as a geopolitical instrument, and so far I have seen no credible mechanisms which would ensure that’s not the case.”

Oleksiy Reznikov, the Ukrainian defense minister, told CNN that a Russian invasion would lead to a “really bloody massacre.” A senior military adviser for the country reportedly told The New York Times that Ukraine might have to open its weapons depots to its citizens if worst came to worst.

Editor’s note: This story has been update to reflect Mr. Hoffman’s advisory role for BGR Group.