A prominent Democratic senator delivered a speech and presented awards at a party associated with the Communist Party on Saturday.

Democratic Sen. Richard Blumenthal of Connecticut attended an awards ceremony hosted annually by the Connecticut People’s World Committee, a branch of the Communist Party USA, as well as the Marxist “People’s World” website, the Washington Free Beacon first reported. Blumenthal was a surprise guest as he presented the annual “Amistad Awards” Saturday night.

“I am really excited and honored to be with you today and share in this remarkable occasion,” Blumenthal said at the ceremony, according to the Yankee Institute.

Blumenthal pitched support for the Build Back Better agenda, as well as several other Democratic initiatives, such as a $15 federal minimum wage and killing the filibuster. “There’s a lot to be working for in economic justice, in racial equity, in establishing a $15 minimum wage,” he said, according to the Yankee Institute. (RELATED: ‘You’ve Used It Too’: Jake Tapper Corners Democratic Senator On Claim That Filibuster Is ‘Corrupt’ And ‘Abused’ By Republicans) 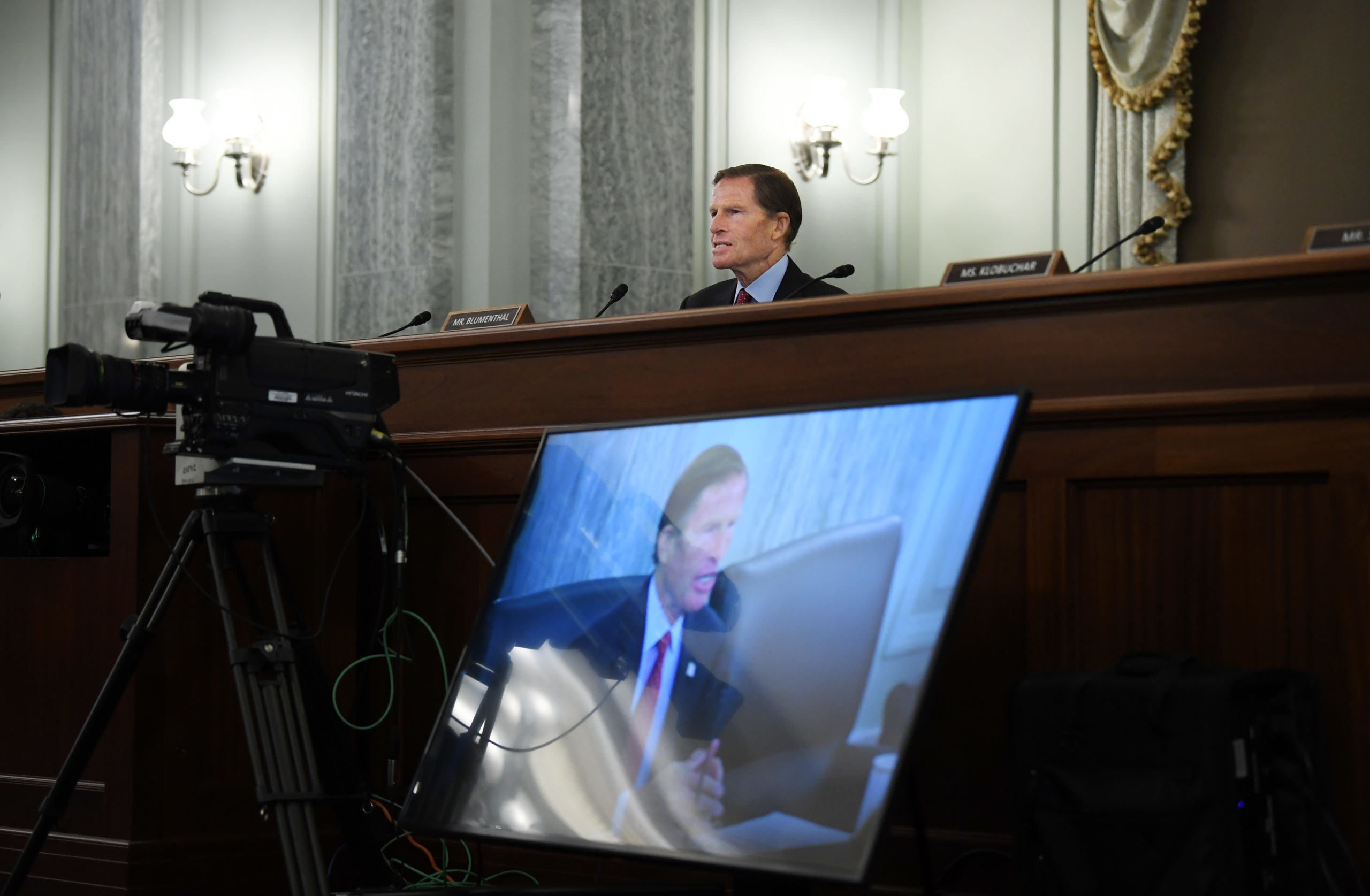 The Connecticut senator also boasted about “holding corporations accountable for the basic treatment of the American people.”

“We need to look at our entire tax system, beginning with Build Back Better,” he said.

Blumenthal was invited by Communist Party members and ceremony emcees Lisa Bergmann and Ben McManus, where Bergmann has previously said that corporations are to blame for the “imperialism that exists in our world that is undermining the labor and environment,” the Free Beacon reported.

Blumenthal is one of the wealthiest members of the Senate, estimated at approximately $100 million. The senator was scrutinized when he was “unaware” of making an investment in U.S. Shanghai LLC., a real estate company connected to the Chinese government, according to the Free Beacon.