Democrats in both the House and Senate around midnight Wednesday cleared a measure to lift the debt ceiling by $2.5 trillion, staving off a default until 2023 after months of partisan grandstanding over the critical issue from both parties.

The joint resolution, which first passed the Senate 50-49 in the afternoon and the House 221-209 hours later, comes just hours before Treasury Secretary Janet Yellen said the U.S. would be unable to meet its financial obligations. Every Republican except for Illinois Rep. Adam Kinzinger voted against the legislation.

“No brinksmanship, no default on the debt, no risk of another recession: responsible governing has won on this exceedingly important issue,” Senate Majority Leader Chuck Schumer said on the floor Tuesday afternoon, going on to thank Republicans for their cooperation. “The American people can breathe easy and rest assured there will not be a default.”

The House took up the bill at about 9:00 p.m. Tuesday, officially passing it around 12:15 a.m. The new cap is expected to last through the 2022 midterms, meaning that the next debt limit fight could be waged among a divided Congress.(RELATED: Senate Clears Way For Democrats To Lift The Debt Ceiling After Agreement Between Schumer, McConnell) 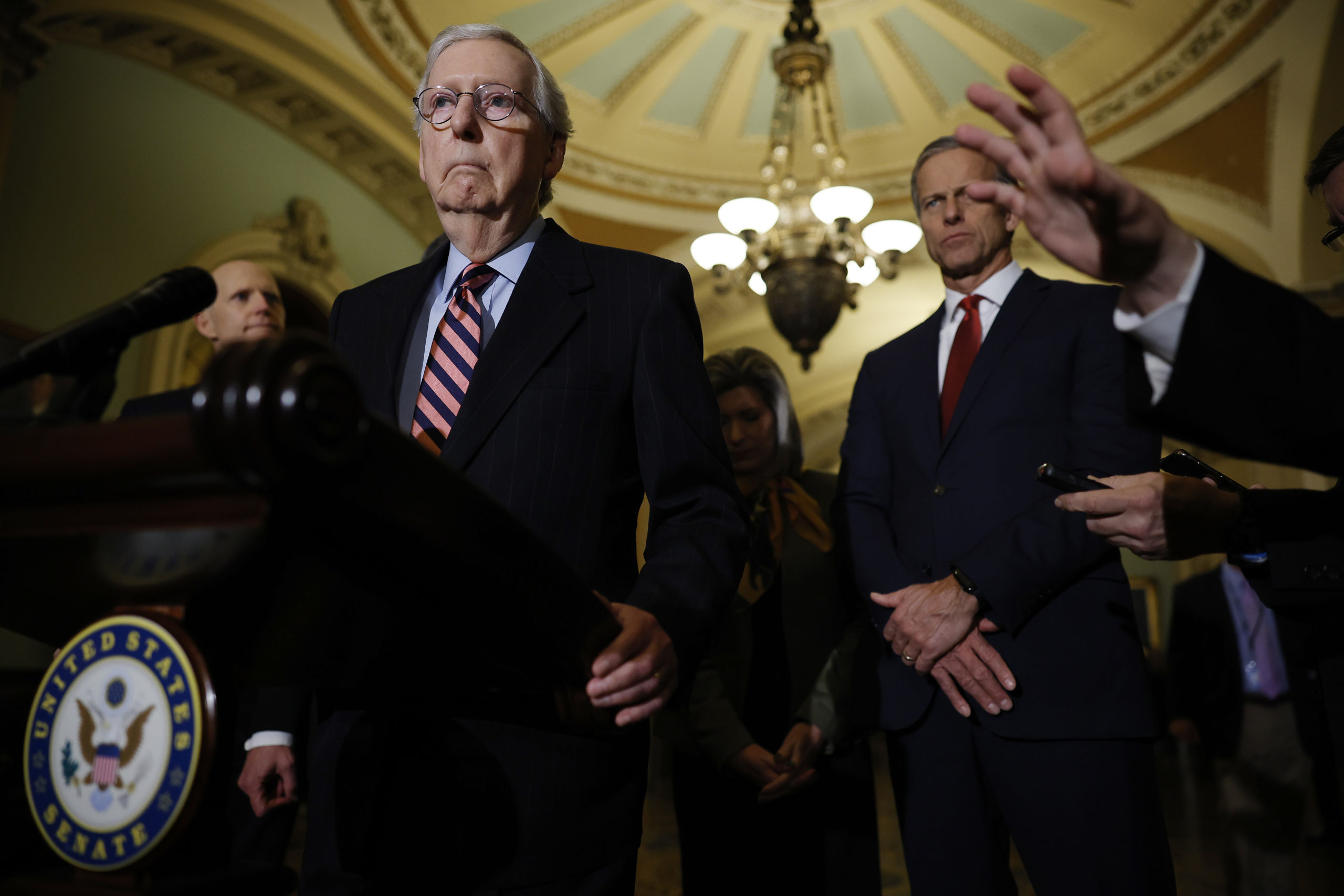 Raising the debt ceiling had resulted in partisan impasse for months, with Republicans long insisting that Democrats lift it on their own by attaching it to their filibuster-proof tax and spend package even after Congress agreed on a short-term raise to delay a default in October. But Senate Majority Leader Chuck Schumer repeatedly refused to do so, and in an effort to avoid default, Minority Leader Mitch McConnell agreed to a deal that allowed Democrats to lift the ceiling on their own via a standalone bill.

Though McConnell was criticized by Republicans’ right flank over the deal, which allowed for a separate bill enabling Democrats to lift the ceiling without overcoming a filibuster, enough in his caucus supported for it to be adopted last week. Nevertheless, McConnell criticized Democrats for preparing to raise the debt ceiling while the national debt already totaled approximately $29 trillion.

“Later today, every Senate Democrat is going to vote on party lines to raise our nation’s debt limit by trillions of dollars,” McConnell said. “More printing and borrowing to set up more reckless spending to cause more inflation to hurt working families even more,” he later added, as House Republicans echoed hours later.

The debt ceiling’s House passage came after a lengthy session that saw the chamber approve a resolution recommending charges of criminal contempt for ex-Trump chief-of-staff Mark Meadows over his defying a subpoena from the Jan. 6 committee, a bill to combat Islamophobia globally and bipartisan legislation banning the import of goods made with Uyghur slave labor in China’s Xinjiang province.

Editor’s note: This story has been updated to reflect that both chambers passed the measure to raise the debt ceiling.