A group of high-profile conservatives urged Minority Leader Kevin McCarthy to act to remove Republican Reps. Liz Cheney of Wyoming and Adam Kinzinger of Illinois from the House GOP conference in a letter Wednesday.

The signees, among whom were American Conservative Union president Matt Schlapp, Club for Growth president David McIntosh and former Sen. Jim DeMint, said that the duo should be removed over their “egregious” participation in the January 6th Select Committee. The letter was issued by the Conservative Action Project.

“As part of [House Speaker Nancy] Pelosi’s team, Reps. Cheney and Kinzinger have deliberately sought to undermine the privacy and due process of their fellow Republicans, and those of private citizens, with improperly issued subpoenas and other investigatory tactics designed not to pursue any valid legislative end, but merely to exploit for the sake of political harassment and demagoguery,” they wrote.

The letter went on to label the select committee as an “overtly partisan political persecution,” alleging that it “demeans the standing of the House.” (RELATED: House Votes To Hold Mark Meadows In Criminal Contempt After Defying Subpoena From Jan. 6 Select Committee) 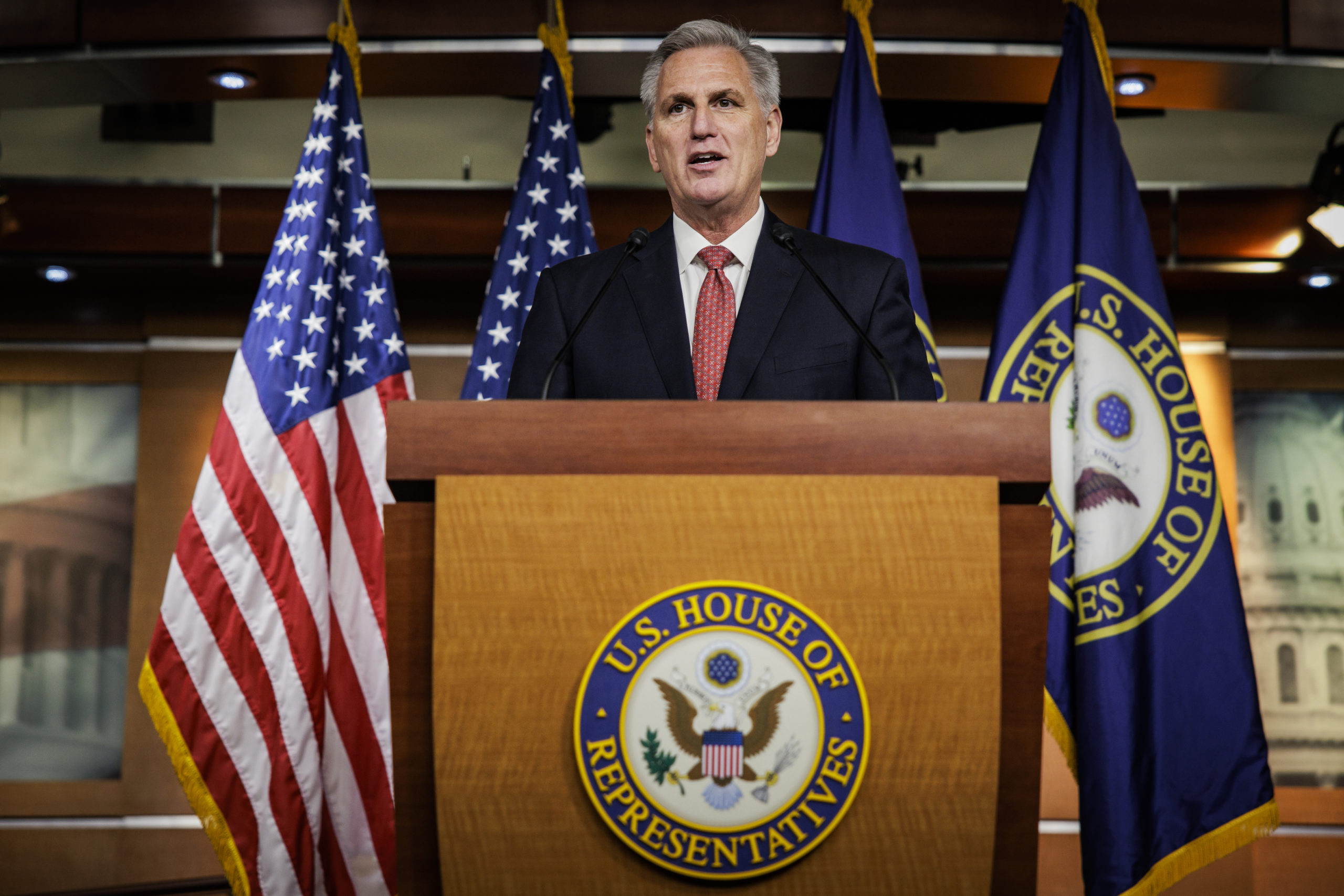 The select committee was formed after Senate Republicans killed a bill that would have established a bipartisan commission to investigate the Capitol riot, when Trump supporters stormed the building in a bid to block Congress from certifying President Joe Biden’s electoral victory.

Kinzinger and Cheney have repeatedly criticized former President Donald Trump for his repeated, baseless claims that the 2020 election was rigged, a stance which has made them both pariahs among their caucus and cost Cheney her spot in Republican leadership.

McCarthy, who is seen as the likely speaker if Republicans win back the House in 2022, has not explicitly said whether he plans to hold a caucus-wide vote on stripping Kinzinger, who is retiring after this term, and Cheney of their spots in the GOP conference. A spokesman for him did not immediately respond to a request for comment.