Schumer is planning on punting the $1.75 trillion package to January, according to NBC News, largely due to a continuing impasse between Senate Democrats and Democratic Sen. Joe Manchin, a centrist from West Virginia who has objected to several central provisions and the timetable for which Schumer wants the bill passed. Manchin has long sounded the alarm on rising inflation and has gone on-record opposing several of the bill’s various provisions addressing climate change, child care and more.

The reversal is a stark departure from Democrats’ long-stated goal of passing the bill, known as the Build Back Better Act, before the end of 2021. It cleared the House in November on a near party-line vote, though that version included provisions to which multiple Senate Democrats were already opposed.

And while Manchin and Biden met both Monday and Tuesday in hopes of nearing a deal, multiple reports said that the two remained far apart. Several reports said that Manchin wanted to rid the bill of the child tax credit, but he denied that he wanted to scrap the provision completely.

“Senator Manchin is not telling President Biden what to include or not include,” a source familiar with his thinking told Politico. “He has always been supportive of the [child tax credit].” 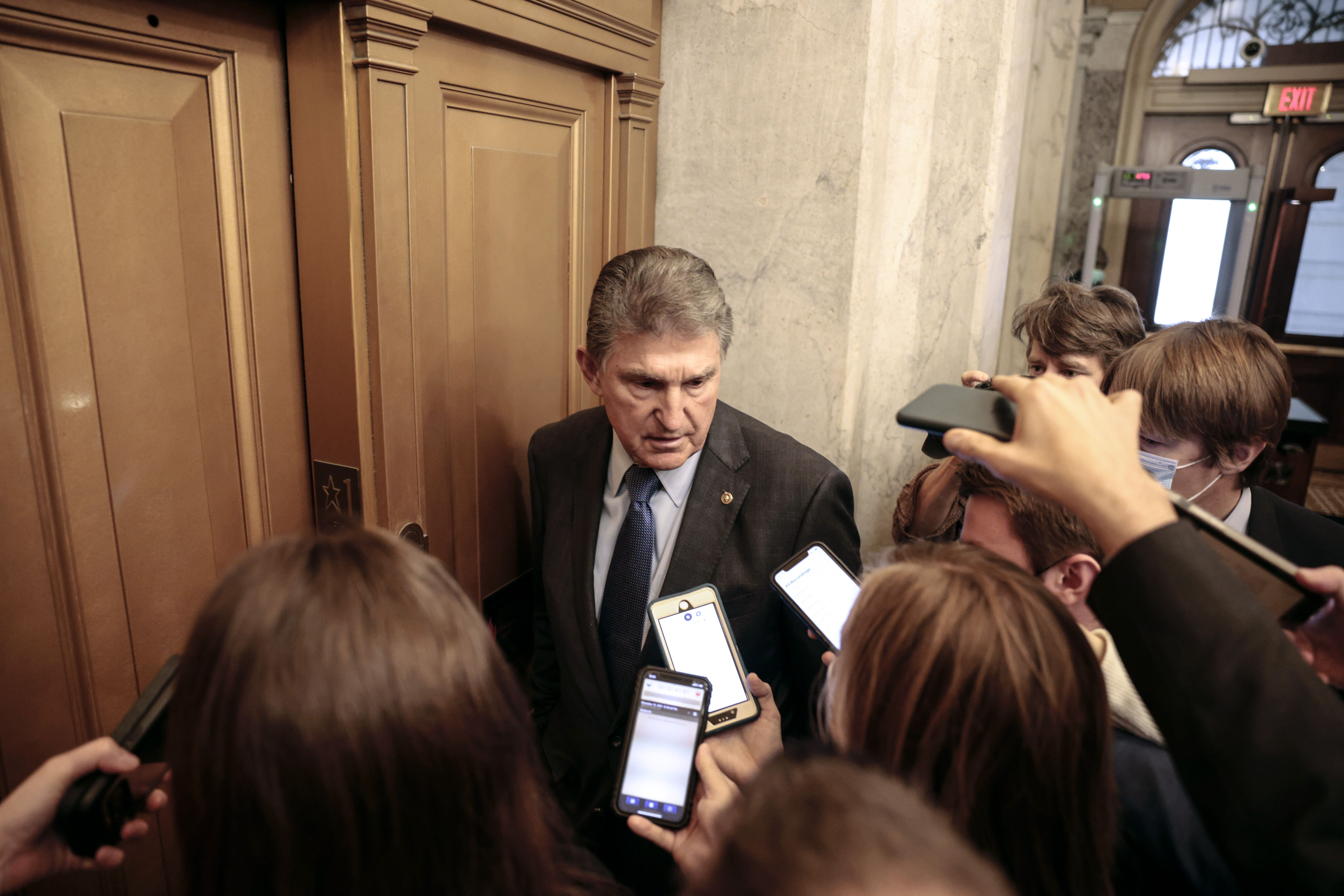 But while a united Democratic caucus is entirely possible when it comes to passing a voting bill, any legislation would be subject to a Senate filibuster unless the chamber’s rules were changed. Schumer has tried multiple times this year to pass voting bills, but they have been met with nearly unanimous Republican opposition, and both Manchin and Arizona Democratic Sen. Kyrsten Sinema have opposed any time of filibuster carveout for voting legislation.

Democrats have opposed election reform bills that have passed in Republican-controlled states that tighten access to mail-in voting and transfer election administration from nonpartisan officials to partisan state legislatures. GOP legislatures have simultaneously pursued election audits fueled by former President Donald Trump’s claims of widespread fraud, even as nonpartisan audits have found that the election was secure.

Some Democrats, however, have said that passing laws expanding voting access is the most important thing they can do while they still have complete control of Congress. Georgia Sen. Raphael Warnock urged a filibuster carveout Tuesday, saying on the Senate floor that there was no excuse for an exception to be made in order to prevent a default if one would not also be made in order to protect the right to vote.

“We could not imagine changing the rules. Until last week, we did exactly that,” Warnock said. “We haven’t been able to save our broken democracy … [but] we changed the rules to protect the full faith and credit of the United States government.”