A severe weather threat was issued for the Midwest Wednesday night after meteorologists said another round of tornadoes were predicted.

The storms will hit areas north and west of those that were damaged by the severe weather last week that destroyed dozens of buildings and killed others near the Mississippi Valley, AccuWeather reported.

“There is a significant risk to lives and property,” according to the outlet. Citizens located in the affected areas should expected “damaging straight-line wind gusts up to 100 mph” as thousands of Americans brace for another round of severe weather. The storms have the potential to create tornadoes.

“The weather follows ingredients and if the ingredients are available for severe weather, they will happen any time any place of the year,” AccuWeather Chief Broadcast Meteorologist Bernie Rayno said, according to the outlet. “Today is an example of that.” The storms will cross around half a million square miles over central states, from the Rockies to the Upper Midwest. (RELATED: Man Drives Miles With Smoker, Truckload Of Food To Help Those Who Were In Tornado’s Destructive Path) 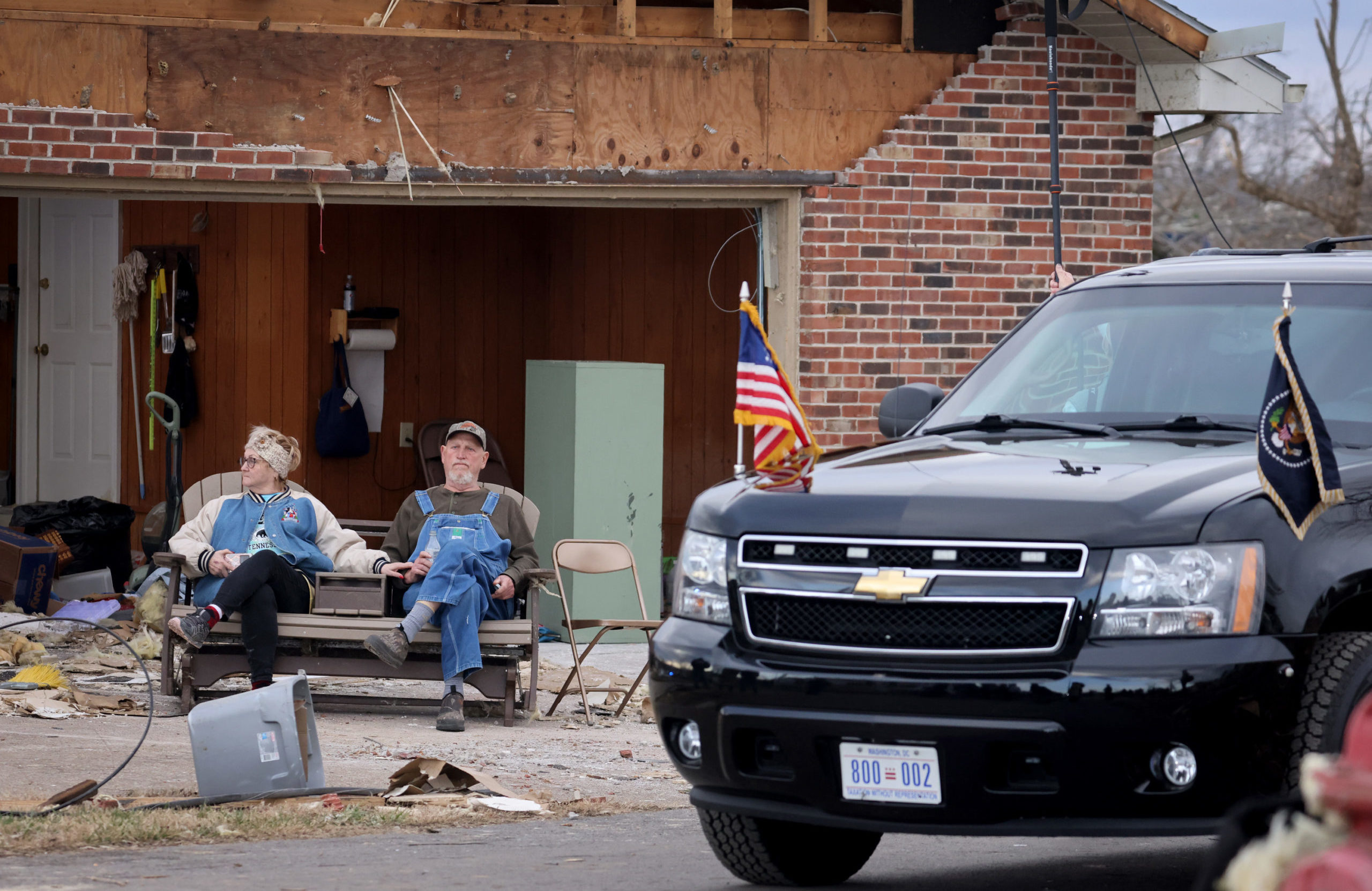 The storms “are happening in a place where tornadoes and severe thunderstorms are unprecedented in mid-December,” AccuWeather Chief Meteorologist Jonathan Porter said.

“Call your family and friends in these areas to make sure they are aware of this threat and ready to take action if warnings are issued for their community.”

Several cities will be in the path of the severe storms that may carry high winds Wednesday night, including Rochester, Minnesota; Des Moines and Davenport, Iowa; Madison, Milwaukee and Green Bay, Wisconsin; Chicago, Rockford and Peoria, Illinois; and St. Louis, Springfield and Kansas City, Missouri, according to the outlet.

The death toll increased to 74 in Kentucky after the state was hit with severe tornadoes over the weekend, Democratic Kentucky Gov. Andy Beshear said Monday. Eight people went missing after a candle factory in Mayfield was destroyed by the deadly tornadoes, but up to 94 survived.