Arizona’s State Board for Charter School promoted an LGBTQ+ training for faculty which encouraged educators to incorporate “LGBTQ-inclusive” curriculum beginning in Kindergarten, according to an email reviewed by the Daily Caller.

GLSEN — pronounced “glisten” — is a New York-based education organization that works to create “safe and LGBTQ-inclusive K-12 schools” nationwide. The organization hosted a training for educators in September, in part to promote its “Rainbow Library Project,” which distributes literature on LGBTQ+ ideology.

The presentation told educators how to incorporate LGBTQ+ ideology and Rainbow Libraries in the classroom, according to a PowerPoint obtained by the Daily Caller. The training, which was presented by an activist named Michael Rady, said that the incorporation of LGBTQ+ ideology would provide a “stepping stone” for more “inclusive curriculum” at the district and state levels.

One of the slides included elementary school lessons, including one lesson for kindergarten to second-grade students titled “‘I Am’ Me: Talking about Identity.” One lesson for third to fifth-graders is titled the “Identity Flower” and asks students to describe their gender and race. 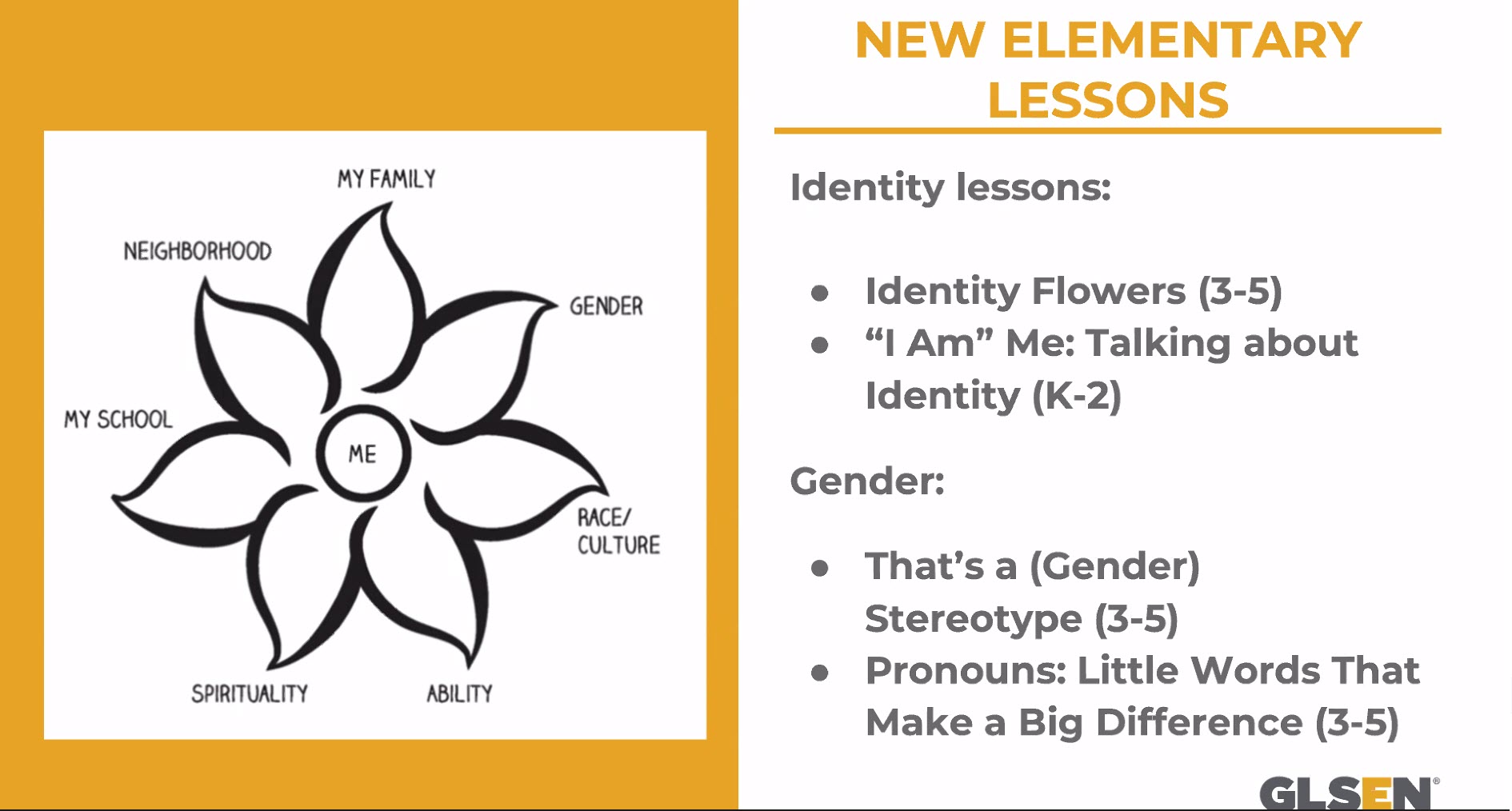 The presentation also encouraged educators to identify and “overcome” challenges and barriers “to including LGBTQ content in [the] classroom.” The same PowerPoint also called for “centering racial justice, gender justice, and disability justice” in schools and taught educators about the use of “neopronouns,” which third-person personal pronouns used by non-binary people. Examples include “ey/em/eir” and “xe/xem/xyrs.”

Lisa Fink, a mother and founder of Protect Arizona Children Coalition, told the Daily Caller that only promoting LGBTQ+ programming appears to promote a certain ideology and culture over another.

“Schools educate children from diverse households and must respect the diversity of all students’ cultures,” Fink said.

Jennifer Alvey, a parent with children in Phoenix-area public schools, said that she believes the programming told educators to subvert parents’ wishes and said that “immediately” created concern for her.

“As a parent, I have the primary responsibility for raising my children and any time I see a training happening in our schools that tells teachers to keep materials under the radar, to act without regard for parents involvement … immediately I’m going to have concerns,” Alvey told the Daily Caller.

Serena Campas, a spokesperson for the Arizona State Board for Charter School, told the Daily Caller that the board sends out “many communications that contain a variety of information from state and federal agencies, local organizations, and more.”

“It is not used to promote any one organization or agency, but to provide as many resources as we can for our schools,” Campas said.

GLSEN did not respond to the Daily Caller’s request for comment.