A federal appeals court reinstated President Joe Biden’s private business vaccine or testing requirement on Friday in a win for the administration.

A separate federal circuit court called Biden’s rule, which mandates that private companies with 100+ employees ensure workers are either fully vaccinated or undergo weekly testing, “staggeringly overbroad” in November. This court, the U.S. Court of Appeals for the 5th Circuit, issued a temporary halt of the rule and the Occupational Safety and Health Administration (OSHA) subsequently suspended its implementation and enforcement because of the court order.

Friday’s 2-1 ruling by the U.S. Appeals Court for the Sixth Circuit allows for the Biden administration to enforce the requirement, though the battle is likely far from over. The case is expected to ultimately be decided by the Supreme Court, according to Fox Business. (RELATED: ‘A Decision We Applaud’ — Big Business Endorses Biden’s Vaccine Mandate)

“Recognizing that the ‘old normal’ is not going to return, employers and employees have sought new models for a workplace that will protect the safety and health of employees who earn their living there,” Judge Jane Branstetter Stranch, appointed by former President Barack Obama, wrote in the ruling for the majority, according to Fox Business. “In need of guidance on how to protect their employees from COVID-19 transmission while reopening business, employers turned to the Occupational Safety and Health Administration … the federal agency tasked with assuring a safe and healthful workplace.” 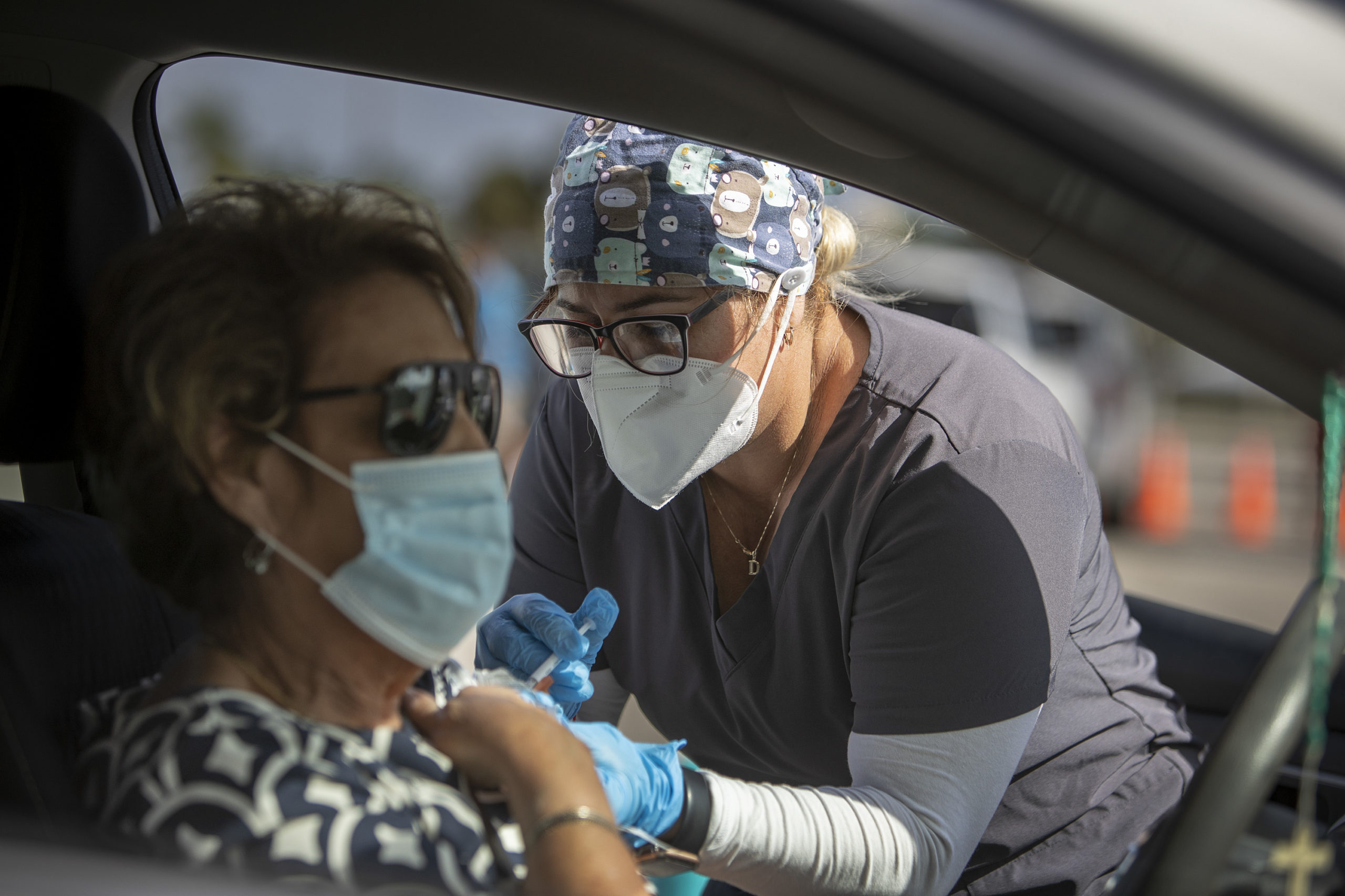 MIAMI, FLORIDA – DECEMBER 16: A healthcare worker administers a Pfizer-BioNTech COVID-19 vaccine to a person at a drive-thru site in Tropical Park on December 16, 2021 in Miami, Florida. Miami-Dade County Mayor Daniella Levine Cava visited the vaccination site to encourage residents to take holiday gatherings outside this year, get tested for COVID-19, and get vaccinated. (Photo by Joe Raedle/Getty Images)

Still, the announcement is a small sigh of relief for the administration, which continued to push for private businesses to move forth with the vaccine or testing requirement despite the pause. White House press secretary Jen Psaki said on Nov. 18 that the administration was still operating with its original Jan. 4 compliance deadline in mind.

“Let me be very clear: Our message to businesses right now is to move forward with measures that will make their workplaces safer and protect them – their workforces – from COVID-19,” Psaki said at the time. “That was our message after the first day issued by the Fifth Circuit. That remains our message and nothing has changed.”

“They’re essentially implementing components or versions of these vaccine requirements because they know it’s in the interests of their workforces – to protect their workforces, to make sure they can bring more people back to the workforce. And we certainly see that as a positive sign,” Psaki continued. “So, we are still heading towards the same timeline.”

The ruling coincides with rising fear over the Omicron variant. Though scientists are still learning more about this variant, it is believed to be more transmissible but perhaps have less severe illnesses than previous coronavirus variants. The administration has raised the alarm, particularly regarding unvaccinated Americans, with Biden warning on Thursday of “a winter of severe illness and death.”

“If you’re vaccinated and you have your booster shot, you’re protected from severe illness and death, period,” Biden added.