Global coal power generation could hit an all-time high due to increased production at plants in China, India and the U.S., according to an annual industry report.

Coal-fired power is projected to have increased 9% in 2021 compared to the year prior, reaching a record total of 10,350 terawatt-hours of electricity produced, the International Energy Agency (IEA) said Friday. Electricity generated by coal declined in 2019 and 2020.

In addition, global demand for coal power is expected to surge to a fresh record in 2022 after increasing by 6% in 2021, the report concluded. The return of coal is “undermining efforts” to transition away from fossil fuels and cut emissions worldwide, the IEA said.

“Coal is the single largest source of global carbon emissions, and this year’s historically high level of coal power generation is a worrying sign of how far off track the world is in its efforts to put emissions into decline towards net zero,” IEA Executive Director Fatih Birol remarked.

“Without strong and immediate actions by governments to tackle coal emissions – in a way that is fair, affordable and secure for those affected – we will have little chance, if any at all, of limiting global warming to 1.5 °C,” he continued. (RELATED: China Credits Increased Coal Production For Recent Economic Boost)

The world’s rapid economic recovery from the COVID-19 pandemic was the central factor in the rise of coal over the last year, according to the IEA. Governments and industries turned to coal as low-carbon energy supply fell behind surging demand. 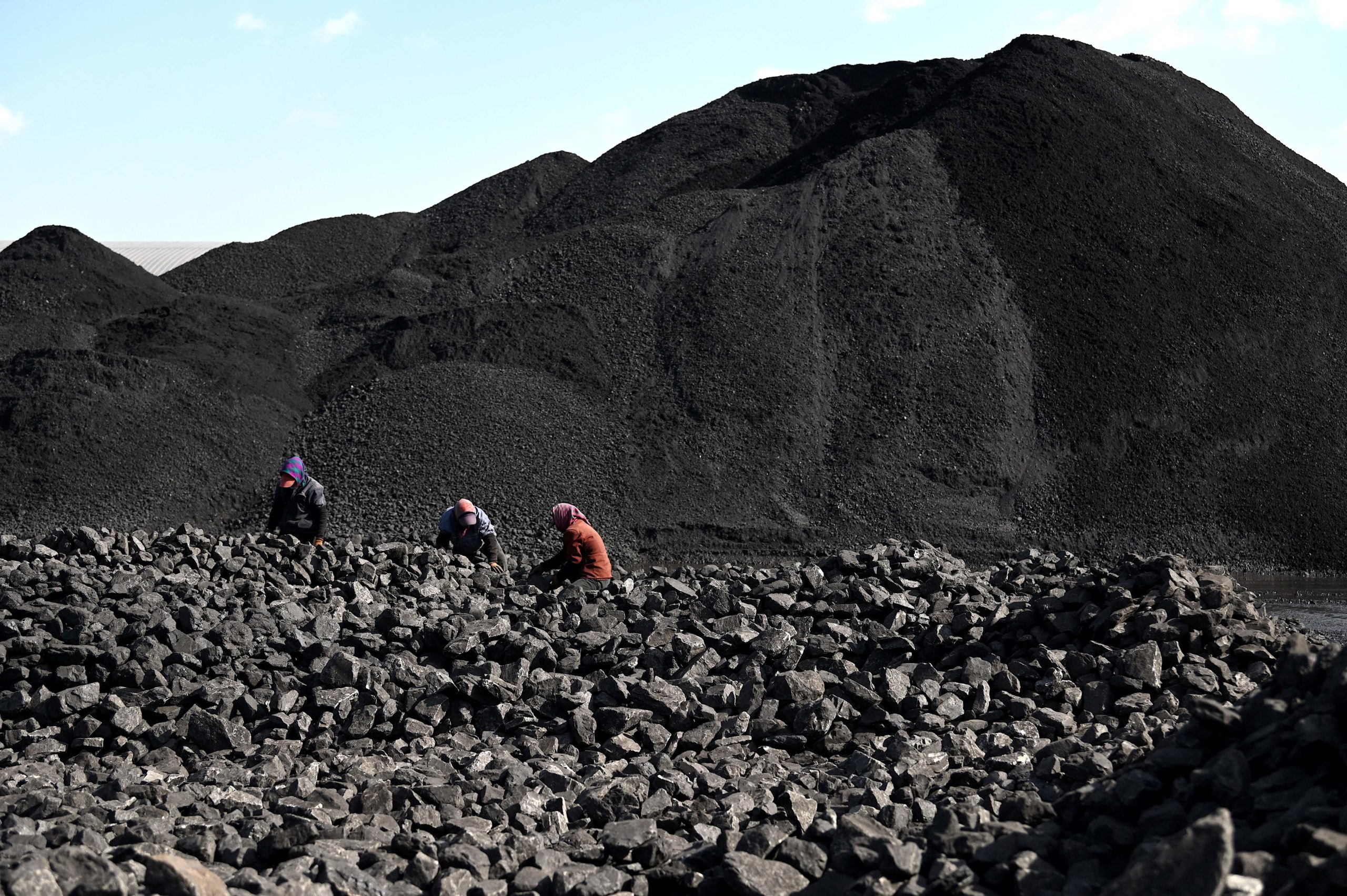 Workers sort coal near a coal mine in Datong, China’s northern Shanxi province on Nov. 3. (Noel Celis/AFP via Getty Images)

The Chinese government in particular made an aggressive push to fill the gap with coal, ordering mines to maximize production. The nation set a coal production record in November, CNN reported.

“China’s influence on coal markets is difficult to overstate. China’s power generation, including district heating, accounts for one-third of global coal consumption,” the IEA report said. “China’s overall coal use is more than half of the global total. Coal demand in China is underpinned by fast growing electricity demand and the resilience of heavy industry.”

In the U.S., the Energy Information Administration predicted that coal power would spike 22% in 2021, the first increase since 2014.

“As we have said for some time, an all-the-above approach to energy that includes a continued role for the coal fleet is critical in ensuring that our grid remains resilient and reliable and our electricity remains affordable,” she added.

Coal produces more emissions when burned than any other energy source, according to the American Geosciences Institute. It is responsible for most U.S. emissions despite accounting for just 10% of the nation’s energy consumption last year.