Israel ministers have agreed to ban travel to the U.S. and nine other countries as the Omicron variant continues to spread, the country announced Monday.

Canada, Belgium, Germany, Italy, Hungary, Portugal, Morocco, Switzerland and Turkey are also being added to the list of places where Israelis cannot travel to, according to the Associated Press. The travel ban, which was approved by a Cabinet vote, will likely gain final approval through a parliamentary committee and be implemented as soon as Wednesday.

Omicron cases have grown in Israel over the past few weeks. The country had already begun restricting travel when the variant was first announced in November.

The U.S. barred travel from South Africa, where the variant was first identified, and seven other countries shortly after Thanksgiving. In Israel, foreign nationals cannot enter the country and citizens traveling back into the country have to quarantine, with no exceptions made for fully vaccinated individuals. 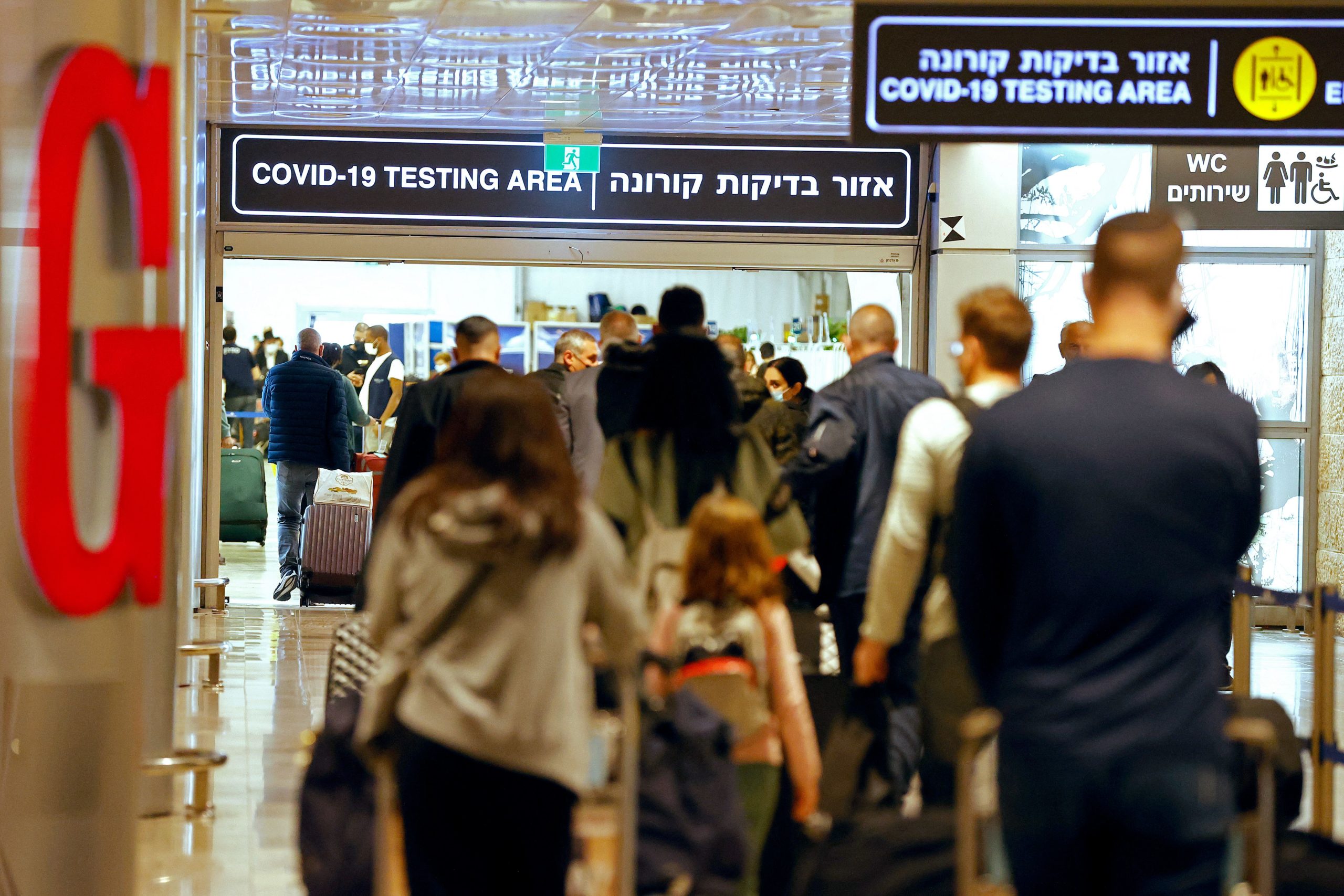 Passengers walk with their luggage upon their arrival at Ben Gurion Airport near Lod on November 1, 2021. (JACK GUEZ/AFP via Getty Images)

Roughly 63.3% of the population in Israel is fully vaccinated, according to data compiled by Our World in Data. The country has given out 16.4 million vaccine doses and has seen at least 8,232 deaths from the virus since the onset of the global pandemic. The Israel Health Ministry announced 175 new cases as of Sunday, according to the AP. (RELATED: Biden Says Omicron Variant Is ‘Cause For Concern, Not Cause For Panic,’ Defends Implementation Of Travel Restrictions)

Israel’s travel ban coincides with new fear over the Omicron variant. Scientists are still looking into the variant, which some early studies show so far is more transmissible, but less severe than previous variants. The administration has taken a hard stance on Omicron, with President Joe Biden recently warning that the unvaccinated will experience “a winter of severe illness and death.”

Dr. Angelique Coetzee, one of the first South African doctors to treat Omicron patients, offered hope Monday. She said on CNN that COVID-19 cases have already begun to drop in the province where the outbreak is believed to have begun, and also noted that a spike in cases did not result in more hospitalizations.