The Senate confirmed 81 individuals nominated by President Joe Biden to positions in the judiciary, executive branch, and foreign service during its last three days of business, helping to clear a logjam that has alarmed members of both parties.

Senators confirmed 48 ambassadors, eleven judges, and 22 other executive appointees on Thursday, Friday, and Saturday before adjourning business until 2022. With several senators leaving town on Friday, before the end of the session, the last votes of the year were taken by only 70 members of the upper chamber. Although a large number of the nominees were confirmed by voice vote, several, including Ambassador to Japan Rahm Emanuel, faced full roll call votes.

The final appointee of the session, career diplomat Michael Murphy, was confirmed to be Ambassador to Bosnia and Herzegovina shortly after 2AM.

Under chamber rules, the Biden administration would have been required to renominate every appointee who was not confirmed by Dec. 31. Sixty-six out of 190 U.S. ambassadorships remain vacant, according to the American Foreign Service Association, and Biden has nominated individuals to 19 of those vacancies. (RELATED: Biden Picks JFK’s Daughter And A Former Olympian For Two Top Ambassador Jobs) 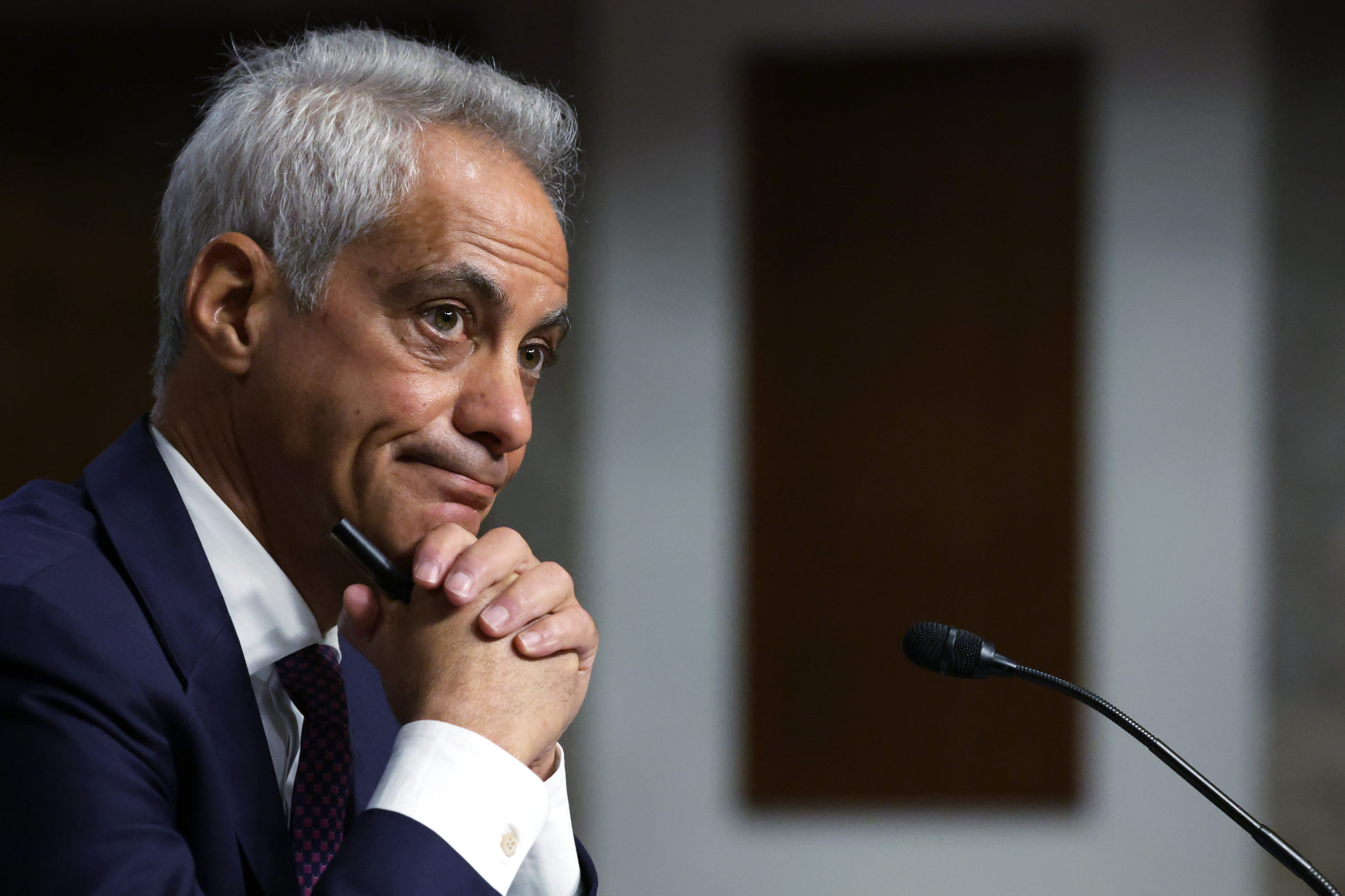 Many Democrats and some Republicans had expressed concern about the slow pace of nominations and confirmations, arguing that it has harmed national security.

As part of the confirmation process, Senate Majority Leader Chuck Schumer agreed to hold a vote on sanctions against the Nord Stream 2 natural gas pipeline, which connects Russia and Germany. Republican Texas Sen. Ted Cruz had placed a hold on 32 nominees as part of a demand for sanctions. The Senate will vote on the sanctions in January, Politico reported.

The Trump administration introduced sanctions against the company building the pipeline, but the Biden administration removed the sanctions in June. The pipeline could be operational as soon as spring 2022, according to The Washington Post.

Schumer blasted Cruz and other Republicans for placing holds on nominees, claiming that they “hijacked the rules of the Senate for no other reason than obstruction for its own sake.”

“There are no justifications for their delay. None. Listening to the other side twist themselves into pretzels it’s clear that their game is simple, cynical, self-interested obstruction,” he said in a late night floor speech. “For all the howling and hollering we hear from Republicans about inflation and national security and economic recovery, they’re blocking the very same people whose jobs it would be to tackle these issues.”

Republican Missouri Sen. Josh Hawley has also placed holds on Biden nominees in the wake of the U.S.’s chaotic withdrawal from Afghanistan. He has demanded the resignations of Secretary of State Antony Blinken and Secretary of Defense Lloyd Austin over their roles in the process.

Following the passage of the Uyghur Forced Labor Prevention Act, Republican Florida Sen. Marco Rubio agreed to release his hold on Nicholas Burns’ nomination to the ambassadorship to China. Burns was confirmed on Thursday.