President Joe Biden will announce his plan Tuesday to purchase 500 million at-home rapid COVID-19 tests that will be available for free to Americans.

In an attempt to combat a surge of cases through the winter, the tests will be available beginning in January and the administration will set up a website through which Americans can request a test, a senior administration official said. The tests will be delivered to citizens’ homes for free, though details such as how many tests one household can request are still being sorted out.

Biden also plans to announce the mobilization of 1,000 extra troops for hospitals overburdened by COVID-19 patients. While the troops won’t necessarily be immediately used, an official explained that they’ll be available “if we do” end up needing them in January and February.

While the speech is focused on new actions to help states battle the Omicron variant, Biden also plans to reassure the country that celebrating the holidays as planned is okay, an official explained.

“The President will tell the American people if they’re vaccinated and follow the precautions we all know well, especially masking while traveling, they should feel comfortable celebrating Christmas and the holidays as they planned,” a senior administration official said. 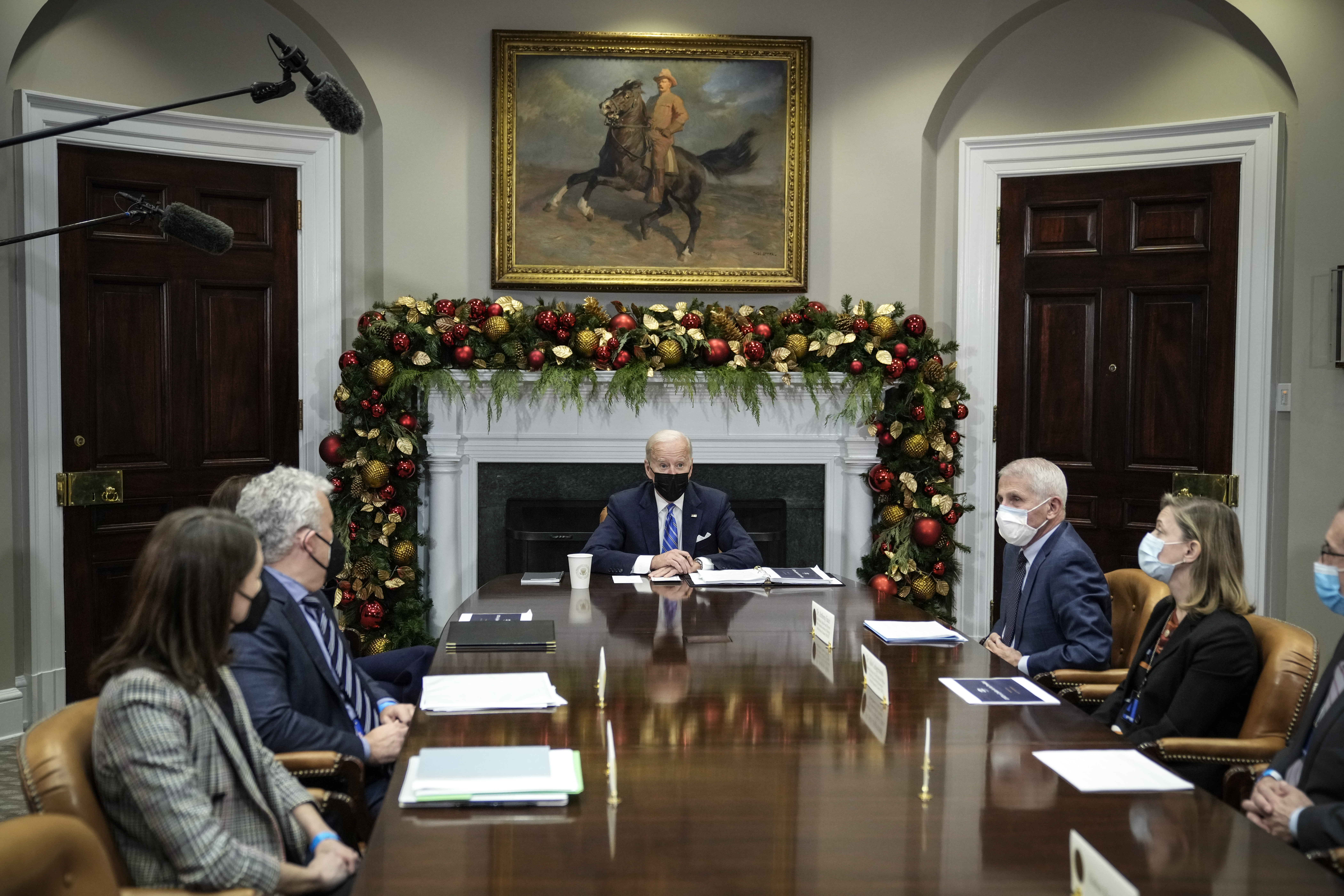 WASHINGTON, DC – DECEMBER 16: U.S. President Joe Biden speaks during a meeting with the White House COVID-19 Response Team in the Roosevelt Room of the White House December 16, 2021 in Washington, DC. Biden made a brief statement to the press regarding the Omicron variant of the coronavirus. (Photo by Drew Angerer/Getty Images)

For unvaccinated Americans, Biden will issue a similar, stark warning that’s becoming one of the administration’s new talking points: Those who don’t get the shot run the risk of severe illness or death.

“For the unvaccinated: We are looking at a winter of severe illness and death … for themselves, their family and the hospital they’ll soon overwhelm,” Biden said earlier in the month after meeting with his COVID-19 response team. (RELATED: ‘A Matter Of When, Not If’: Fauci Says Definition Of Fully Vaccinated Will Change)

The president’s speech coincides with a rise in cases across the U.S. The Omicron variant, public health officials said, according to Reuters, is quickly becoming the dominant strain, and there are concerns that infections will spike even more around the holidays. While scientists are still learning more about the variant, it’s believed to be more transmissible with less severe symptoms than previous variants.

“Because Omicron spreads rapidly, we will see fully vaccinated people get COVID-19, but vaccinated people who get COVID will likely have no symptoms or mild symptoms,” the official said Biden will explain Tuesday. “We will also note that if you are unvaccinated, you are at high risk of getting sick. This variant is highly transmissible, and the unvaccinated are eight times more likely to be hospitalized and 14 times more likely to die from COVID.”

As cases rise, many people in the U.S. have struggled to find testing. Biden came into his presidency on a promise to ensure testing was inexpensive and accessible. States like New York have seen hours-long lines of people waiting to get COVID-19 tests, while retailers country-wide are struggling to keep tests in stock, according to The New York Times.

“Should we just send one to every American?” White House press secretary Jen Psaki scoffed earlier in December when asked about the idea.

Americans ordering and using the free at-home tests won’t have to give their results to any public health agency, according to the official. This plan is coupled with the Biden administration’s earlier announcement that health insurance providers will be required to reimburse anyone buying an at-home test, though details of that plan are also still being sorted out.