A company that made dog tags for military personnel for roughly two decades sued the Department of Defense in federal court over a 2019 cease-and-desist order it claims was instigated by a legal non-profit.

Shields of Strength, represented by First Liberty, says in a complaint filed on Dec. 14 that the Department of Defense demanded a halt to the sale of dog tags after the Military Religious Freedom Foundation (MRFF) raised the issue in a demand letter, labeling the dog tags as “sectarian proselytizing merchandise” in a July 2019 release.

“Shields contends that, despite the company’s obtaining trademark licenses for its products as requested by the federal government, the Department of Defense sent the company cease-and-desist notices demanding that Shields stop selling military-themed items containing religious content,” the company wrote in a post on its website. (RELATED: Secular Military Org Trashes Army Colonel For Encouraging Servicemembers To Pray) 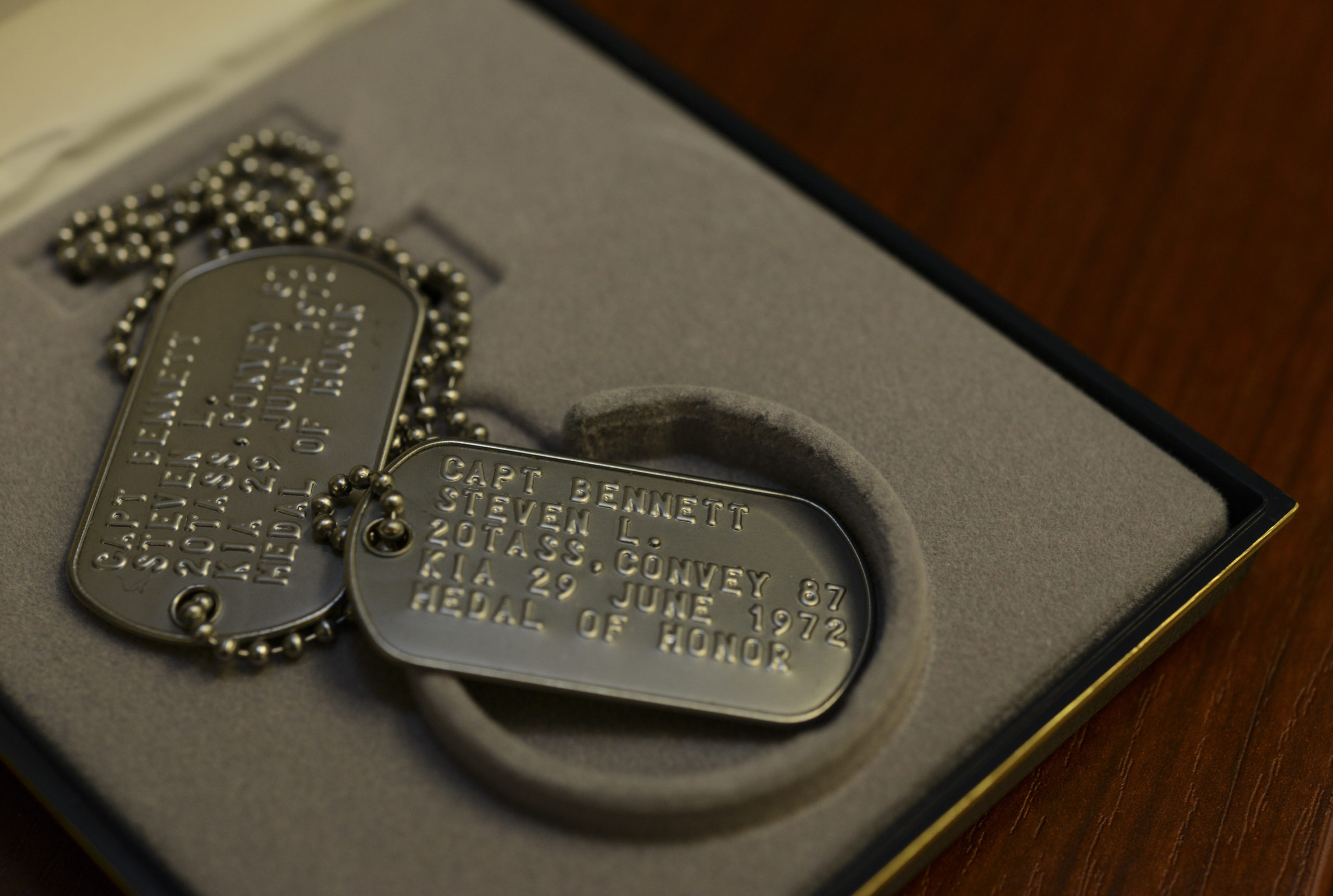 The complaint noted numerous instances where the company provided dog tags at the request of unit commanders and chaplains, including those made by current Secretary of Defense Lloyd Austin from his time as commander of the Army’s 10th Mountain Division.

“It’s a cruel insult to our service members to deny them a source of inspiration, hope, and encouragement simply because it contains a religious message,” Mike Berry, general counsel for First Liberty Institute said in a statement on the group’s website. “DOD officials caved to the empty threats of those who make their living by being offended.”

Dog tags have been worn by Army personnel under their field uniforms since 1906, with unofficial use taking place starting in the Civil War, according to DOD News.

“These dog tags are encouragements for the soldiers that wear them,” Justin Butterfield of First Liberty told the Daily Caller News Foundation in response to MRFF’s characterization of the dog tags.

Neither MRFF or Shields of Strength returned emails from the DCNF requesting comment.