Brigitte Macron, the French first lady, will take legal action in response to a conspiracy theory on the internet that she is a transgender woman, BBC News reported.

The rumors, which began on a right-wing website in September and was subsequently shared by conspiracy theorists, claim she was originally born male under the name Jean-Michel Trogneux, the BBC reported. The moniker, which contains her maiden name, has trended on social media with tens of thousands of mentions.

“She has decided to initiate proceedings, it is in progress,” the first lady’s lawyer, Jean Ennochi, told the AFP news agency.

The claims originated with a journal by a woman named Natacha Rey and later spread to the masses after being discussed on a YouTube broadcast that featured anti-vaxxers, skeptics of COVID-19 and right-wing activists, the BBC reported. 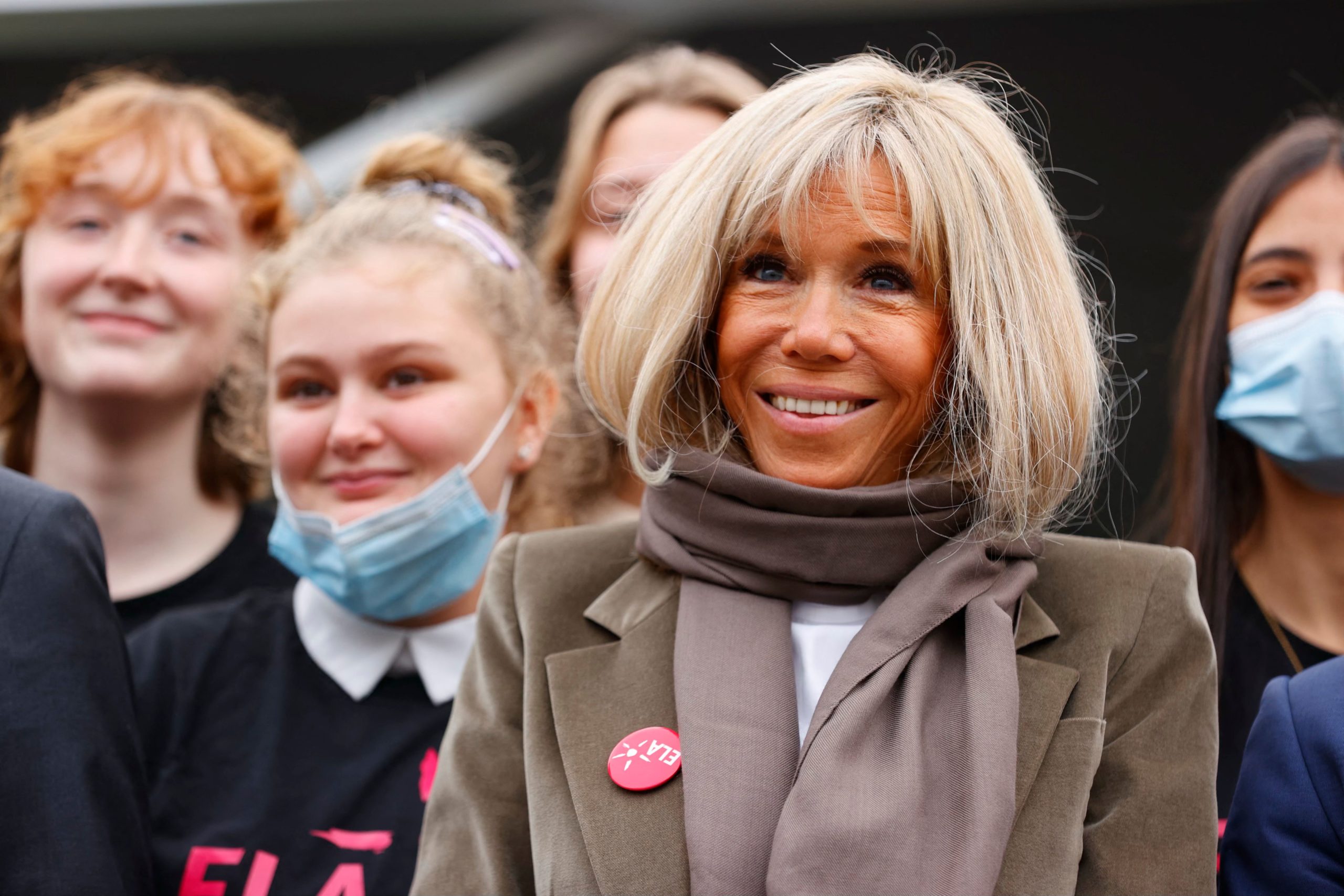 French President’s wife Brigitte Macron poses for the photograph with pupils after giving a dictation in support for the European Leukodystrophy Association (ELA) in a school in Paris on October 18, 2021. (Photo by THOMAS SAMSON/AFP via Getty Images)

“This ability of the most marginal and most toxic fringe to take space in the public debate is saddening,” Tristan Mendès France, a professor at Paris Diderot University who specializes in right-wing media, told The Telegraph.

He added the rumors were a part of a “radical conspiracy theory, be it American or French, that there is a degeneration of our elites and therefore a sexual degeneration.” (RELATED: ‘Mission Accomplished?’: French Reporter Absolutely Baffled At Blinken Calling Afghanistan A Success)

The 68-year-old is 24 years older than her husband, French President Emmanuel Macron, who is expected to run for a second term in the French presidential election in April. He would face competition from right-wing television personality Eric Zemmour.