Republicans are upping their calls for West Virginia Democratic Sen. Joe Manchin to switch parties after he said he would not vote for President Joe Biden’s domestic spending bill.

Texas Republican Sen. John Cornyn told Nexstar that he texted Manchin to encourage him to switch after he came out as a “no,” telling him, “Joe, if [Democrats] don’t want you we do.”

While Cornyn said he did not get a response, he said that Manchin switching would be “the greatest Christmas present I can think of.”

Senate Minority Leader Mitch McConnell also told The New York Times that Republicans would “love” to have Manchin in their caucus after he severely, if not mortally, wounded the $1.7 trillion bill’s chances of becoming law.

“Obviously we would love to have him on our team,” McConnell said. “I think he’d be more comfortable.”

McConnell also brought up Democrats’ criticism of Manchin after he announced his position, asking why his own party would accuse him of being a “liar and try to hotbox him and embarrass him.”

“I think the message is, ‘We don’t want you around,’” McConnell said. “Obviously that is up to Joe Manchin, but he is clearly not welcome on that side of the aisle.” (RELATED: ‘They Know The Real Reason’: Manchin Fires Back At The White House After Gloves-Off Statement Criticizes His Opposition To BBB) 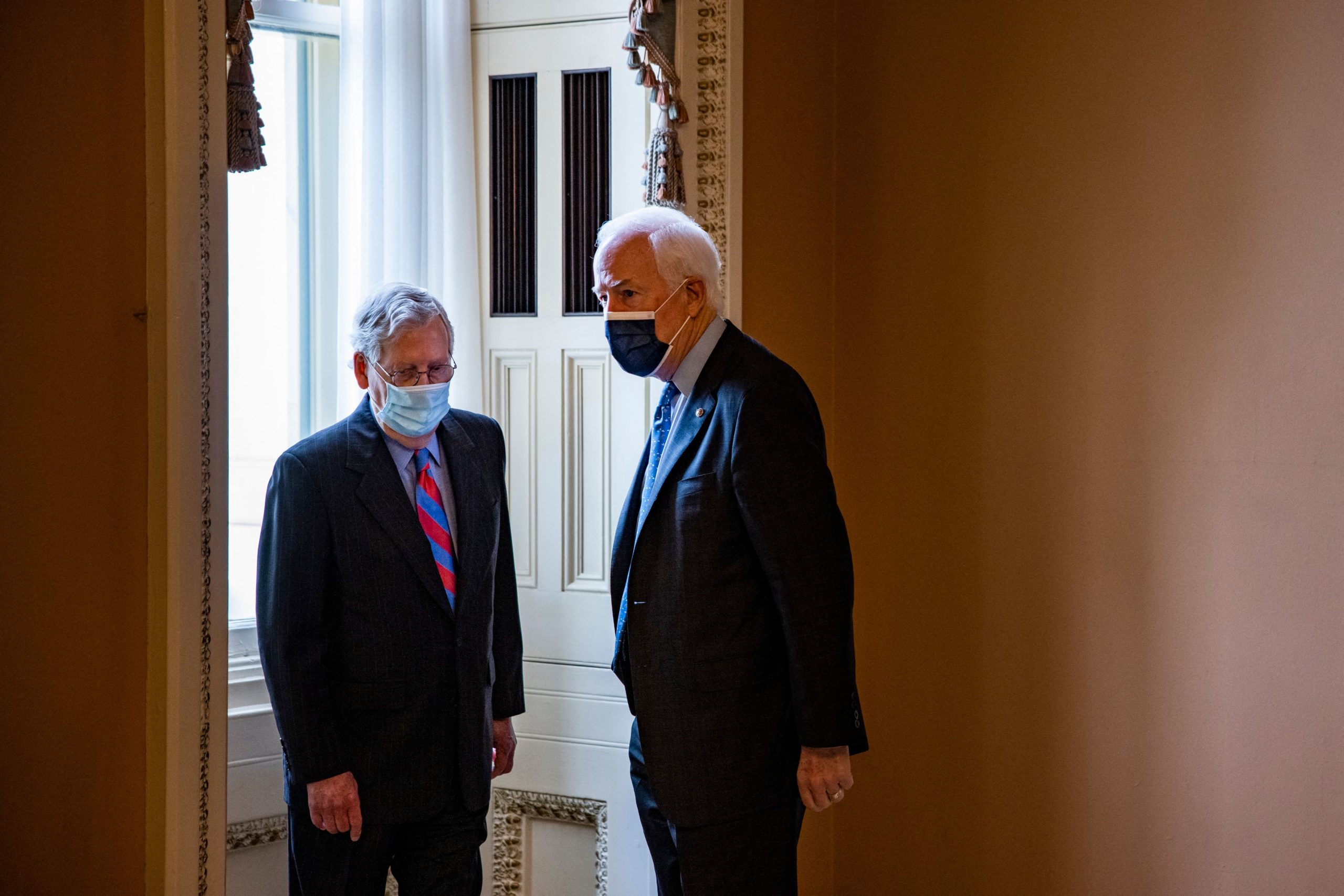 In addition to Democrats who had counted on Manchin’s vote to pass the bill, known as the Build Back Better Act, the White House also criticized Manchin for his opposition, calling it “at odds with his discussions this week with the President, with White House staff, and with his own public utterances.”

Manchin, however, fired back Monday.

“They figured surely to God we can move one person,” Manchin said. “We surely can badger and beat one person up. Surely we can get enough protesters to make that person uncomfortable enough that they’ll just say, ‘OK I’ll vote for anything.’”

“Well, guess what? I’m from West Virginia,” Manchin added. “I’m not from where they’re from and they can just beat the living crap out of people and think they’ll be submissive, period.”