NBA fans don’t like a lot of things about LeBron James.

You can see a graphic breaking down the results below. 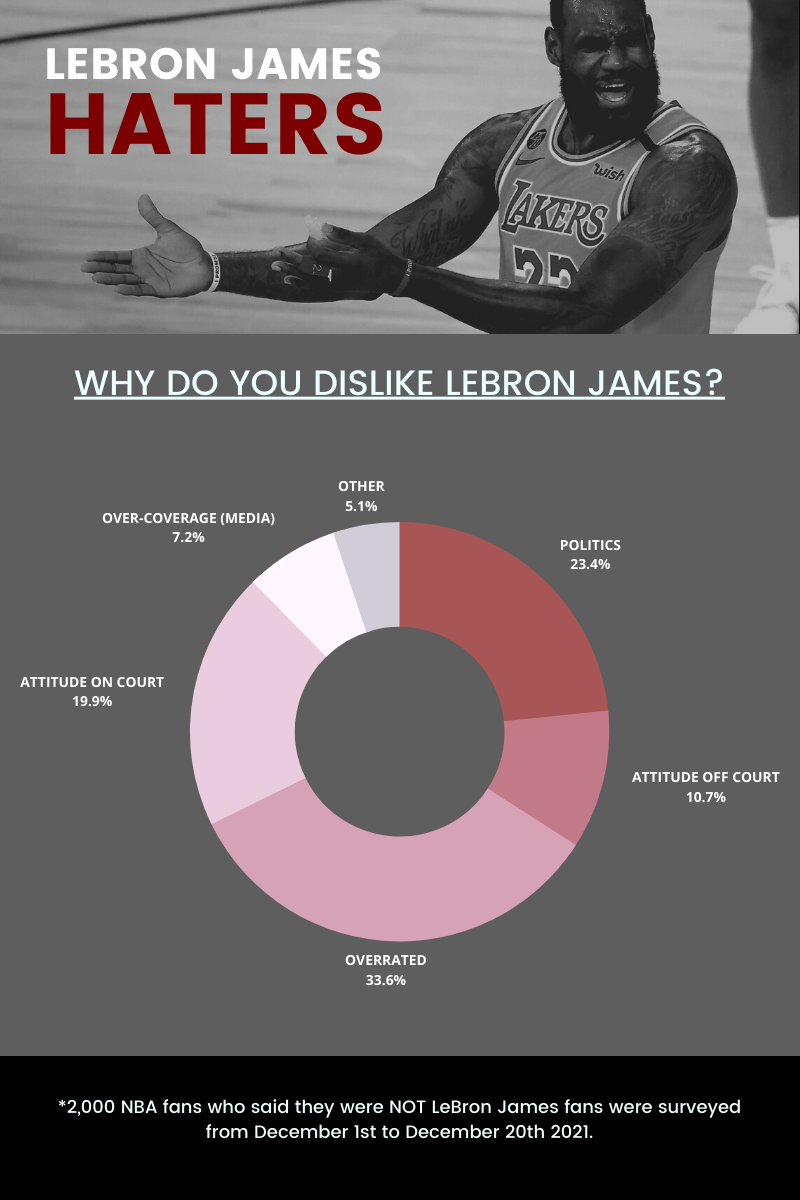 I can’t say these results are very surprising. In fact, I’d argue that the results are exactly what we expected. People have simply had enough of King James.

Once LeBron stops taking money from China and focuses on human rights, I’ll be a lot more interested to hear what he says.

Until he does, LeBron is nothing more than an uneducated bully. pic.twitter.com/w4jnSgdeC5

He’s got a terrible attitude when things don’t go his way and his politics really rub people the wrong way. Let’s not forget that this is the same guy who trashed Kyle Rittenhouse, but wouldn’t dare criticize the Chinese dictatorship.

If that doesn’t sum it up, I don’t know what does.

The top Chinese tennis player is missing after accusing a government official of sexual assault. Yet, LeBron is nowhere to be found.

He is a complete fraud. pic.twitter.com/4862zfacl9

Furthermore, LeBron James also doxxed a police officer who had to shoot someone in order to stop a stabbing. Just another classic example of him making smart decisions!

The woman in this video with the knife in her hand was shot and killed by a cop.

LeBron James, who defends China at all costs, wants that police officer in prison.

Society is going in insane. Should the cop have just watched a potential murder unfold? pic.twitter.com/RgKQc1fLPq

Let us know your thoughts on LeBron James in the comments below!