A Wisconsin school district walked back its original claim, admitting that one student did access “inappropriate content,” according to a statement from the district provided to the Daily Caller News Foundation.

“Following a report in November of a misconfiguration of Securly on our KG-1st grade iPads when used at home, the District has concluded its investigation that revealed only one device out of 1,200 iPads accessed inappropriate content,” according to an email from Elmbrook Public Relations that was sent to families and staff Wednesday. “We appreciate the parent who brought this to our attention and our technology team’s fast response to resolve the problem before it became a bigger concern.”

Kindergarteners at Burleigh Elementary School at Elmbrook Schools in Brookfield, Wisconsin, were exposed to pornography and “other inappropriate content” on a school-issued iPad, because it had “no working filter” outside of the school environment between September 2021 and Nov. 22, 2021, mother Elizabeth Theis said during the public comment portion of a Dec. 14 school board meeting, the Daily Caller News Foundation previously reported.

“On one occasion this fall while at home, my five year old child on the school issued iPad, typed in searches like E, F, F, G, G, [on Google] and accessed multiple pages on a pornography website, videos on YouTube of people smoking, a Russian password hacking website and a YouTube like website with absurd, inappropriate videos from all over the world,” Theis added, the DCNF reported. 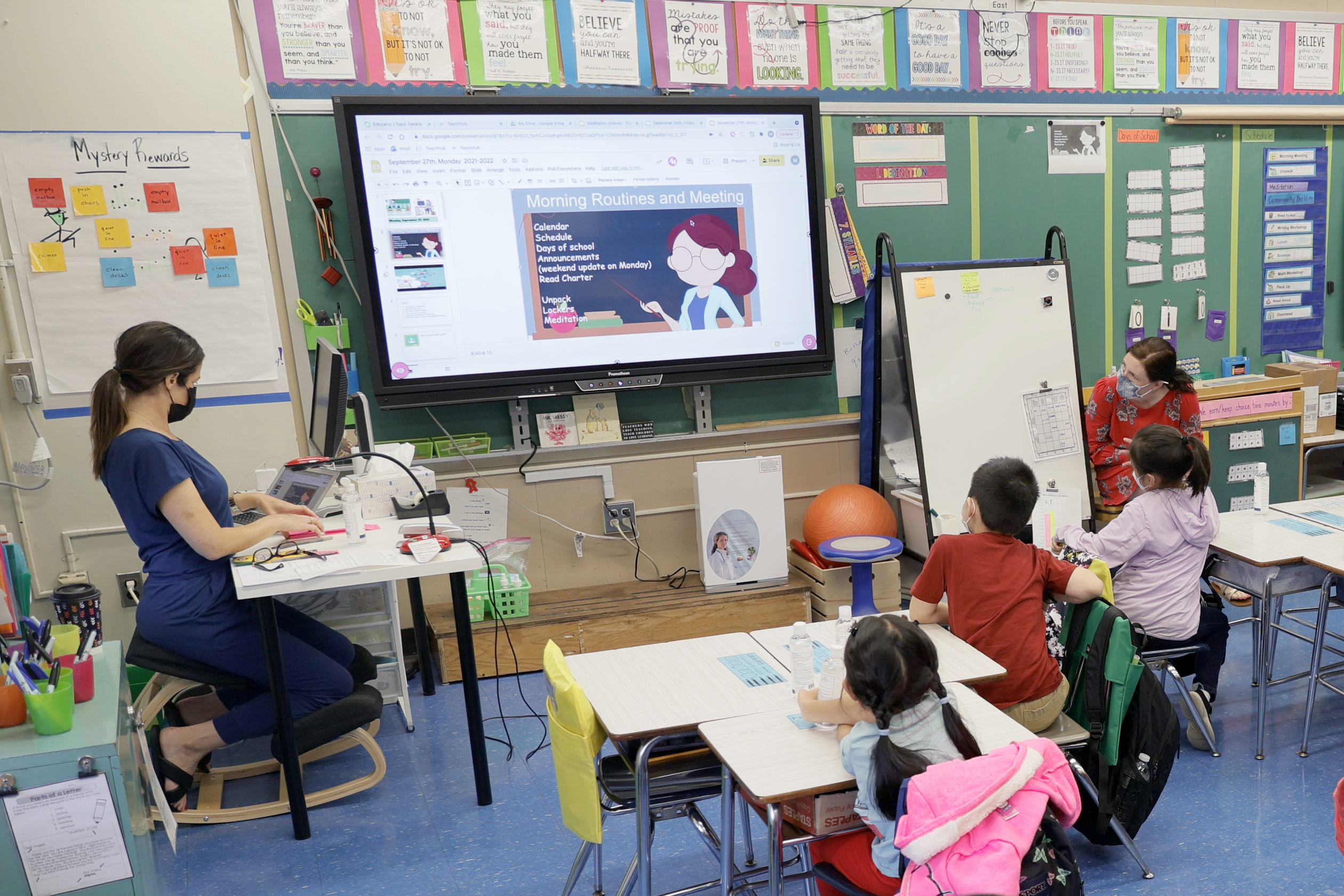 Co-teachers at Yung Wing School P.S. 124 Marisa Wiezel (who is related to the photographer) and Caitlin Kenny give a lesson to their masked students in their classroom on September 27, 2021 in New York City. (Photo by Michael Loccisano/Getty Images)

Elmbrook Schools Chief Strategy Officer Chris Thompson originally told the DCNF that the district checked the iPads given to K-1 students and “did not find any access to inappropriate content.”

“A review of all ipad devices and their browser history revealed that no Kindergarten or 1st grade student accessed inappropriate content during this period,” Thompson later affirmed in a statement to Elmbrook elementary families.

Emily Donohue, who is a resident of the district and chapter leader of the Southeastern Wisconsin Chapter of the Foundation Against Intolerance & Racism (FAIR), told the DCNF that the district has had mixed messaging about its problems in the past. (RELATED: School District’s Equity Summit Includes Privilege Checklist, Encourages Political Activism)

“On multiple issues over the past year, Chris Thompson’s response to controversial issues is not consistent with the facts that parents have presented him” and they have not provided evidence when parents have asked for it, she said. “I did talk to other people who said that they had kids in that class and never received any communication about it.”

Elmbrook Schools did not immediately respond to the Daily Caller News Foundation’s request for comment.