Former Minnesota police officer Kim Potter was found guilty of both first-degree and second-degree manslaughter charges in the fatal April shooting of Daunte Wright after roughly 26 hours of jury deliberations.

Potter faces years up to 25 years in prison, according to the New York Times. The jury was comprised of seven white men, four white women, two Asian women and one black woman, according to CNN.

Assistant Minnesota Attorney General Erin Eldridge told jurors Monday the case was “very simple” and is about the “reckless handling of a firearm,” accusing Potter of “culpable negligence,” according to CNN. Eldridge reportedly said despite insistence from the defense that the incident was a “mistake,” “an accident is still a crime.” (RELATED: Attorney General Keith Ellison Ups The Charges Against Officer Who Shot, Killed Daunte Wright)

Potter’s defense attorney Earl Gray told jurors Potter was justified in her use of deadly force and that her actions were not reckless because she “didn’t know she had a gun,” according to CNN. 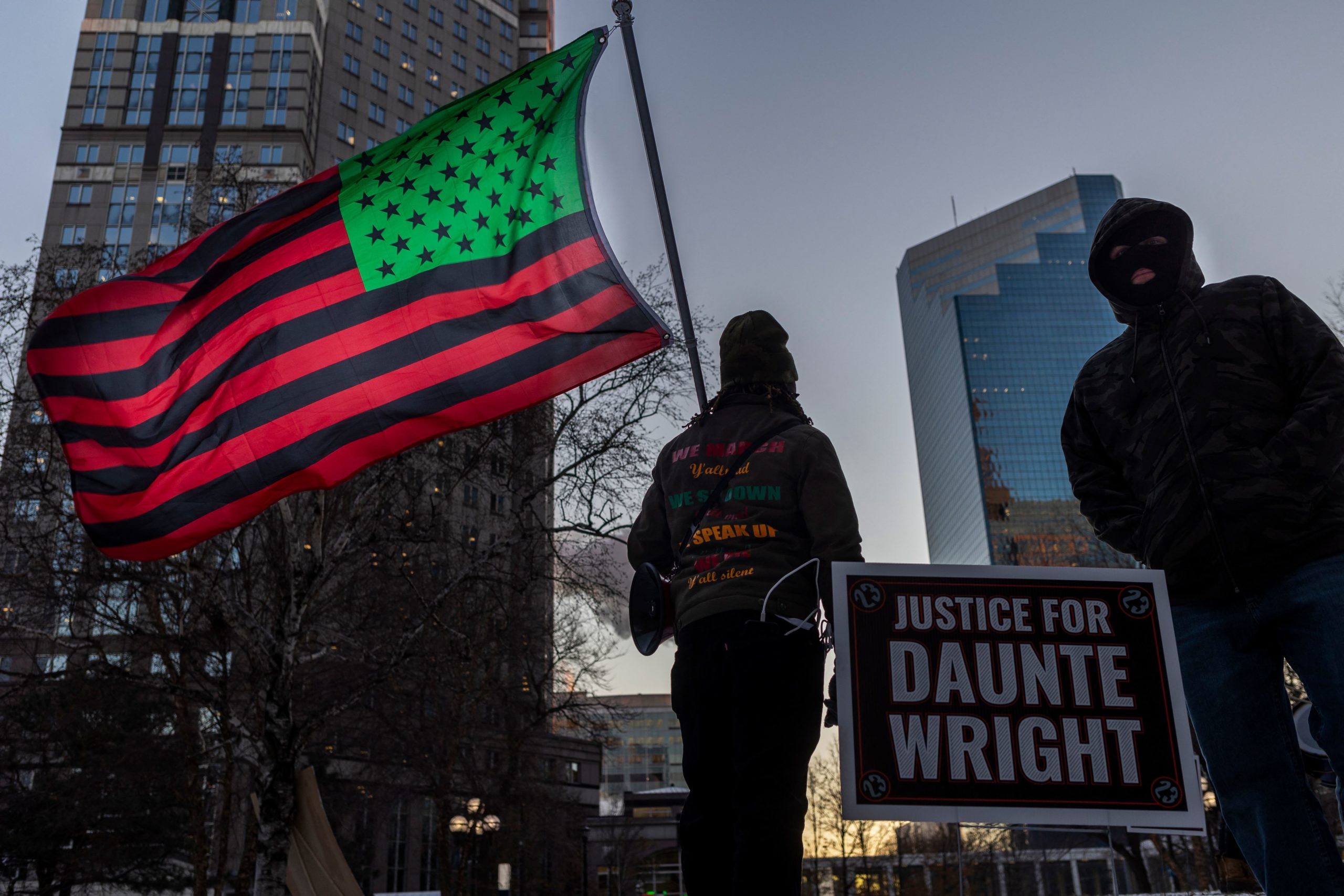 A man holds an African-American US National flag as people wait for the verdict in Kim Potter’s trial over the fatal shooting of Daunte Wright, outside the Hennepin County Courthouse in Minneapolis, Minnesota on December 20, 2021. – (KEREM YUCEL/AFP via Getty Images)

Potter pleaded not guilty to all charges. Potter testified in her own trial, telling jurors she was “struggling” with Wright while “trying to keep him from driving away, it just went chaotic, and then I remember yelling ‘taser, taser, taser’ and nothing happened,” Potter recounted. “And then he told me I shot him.”

Bodycam footage from Brooklyn Center Sgt. Mychal Johnson captured a distraught Potter screaming “Oh my God!” after she realized she shot Wright before collapsing onto the ground in uncontrollable sobs.

Johnson tried to console Potter and was heard saying “Kim, that guy was trying to take off with me in the car.” Johnson later testified Wright could’ve dragged him, according to the New York Post. A veteran Missouri police officer, Stephen Ijames testified Potter was justified in using force – whether it be the taser or the gun, the Star Tribune reported. Ijames reportedly testified the officers were likely hyper vigilant upon learning Wright had a warrant out for his arrest.

Footage of the incident captured Wright breaking free from police as they tried to hold his hands behind his back during the arrest. Wright then jumped into the driver’s seat of the car and put his car into gear.