The Taliban has paused all evacuation flights out of Afghanistan due to a disagreement over who gets seats on the planes, NBC News reported Thursday.

The flights stopped two weeks ago after the Taliban began demanding seats be given to fighters and sympathizers so that they could go work in other countries and send money back, a congressional official and a source familiar with the matter told NBC.

Afghanistan’s economy is in tatters and millions of Afghans face starvation as temperatures become colder, the Associated Press reported. The Taliban has argued that because U.S.-chartered Qatar Airways flights, which travel between Kabul and Doha, operate in their airspace and airport, they are entitled to a certain number of seats, NBC reported.

Migrant workers had been sent by the Taliban on the flights prior to the halt in evacuations, NBC reported. Some of these workers had allegedly been living in Persian Gulf countries but got stuck in Afghanistan when it fell, though it is unclear whether any of the passengers were hardened Taliban fighters or sympathizers. 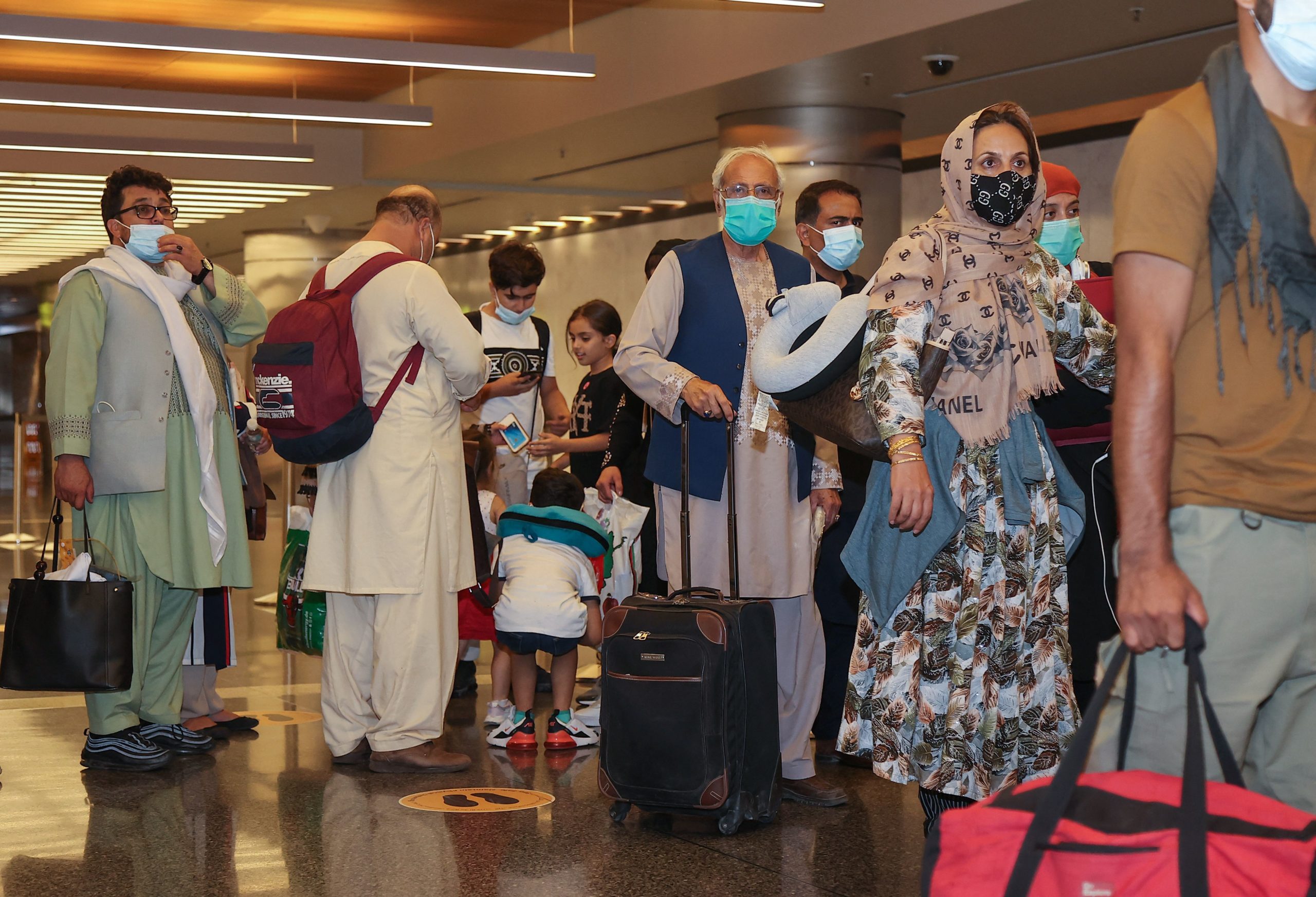 Evacuees from Afghanistan wait for passport checks upon arrival at Hamad International Airport in Qatar’s capital Doha on September 10, 2021.(Photo by KARIM JAAFAR/AFP via Getty Images)

Qatar Airways, the only carrier the Taliban has allowed to fly regularly out of Kabul, stopped providing seats to the group and the flights were halted. The Qataris argued that the airport’s security is not up to international standards and cited reports of Taliban passengers harassing Afghans.

“We are hopeful that flights will resume shortly, though as usual, winter weather conditions and airport operations remain additional factors to be aware of,” a State Department official involved in relocation efforts told NBC. (RELATED: A Second Afghanistan? Biden Admin Prepares For The Worst In Ethiopia)

More than 900 American citizens and lawful permanent residents have been evacuated from Afghanistan since the U.S. withdrew from the country. The U.S. has accepted over 74,000 Afghans into the country, representing approximately 40% of those eligible for or already hold SIVs, according to the State Department.

The Pentagon estimated about 450 Americans were still in Afghanistan on Oct. 26. Secretary of State Antony Blinken told the House Foreign Affairs Committee in September that the State Department can’t know “how many American citizens are in any country … precisely at any given moment” because “Americans are not required to register when they go to a foreign country, or if they reside there.”