A group of Marines traveled to small Alaskan towns dressed up as Santa and delivered Christmas presents to thousands of children ahead of the holidays.

The Marine Corps Reserve holds an annual Toys for Tots mission in the Northwest Arctic Borough, according to a Juneau Empire report published Thursday. This year, around six Marines stationed in Kotzebue delivered toys to over 2,500 children.

“Seeing the amount of toys that came in was crazy. I wasn’t expecting to see truckloads, tractor trailers with pallets,” Cpl. Brendan Mullin, who took photographs of the mission, said, according to the Juneau Empire. “They loved it. I was taking pictures of Staff Sgt. Gomez, and he walked into what I believe was the Pre-K classroom, and you can hear the gasps. When you can see the smile through the mask, you know it’s a big, genuine smile.” 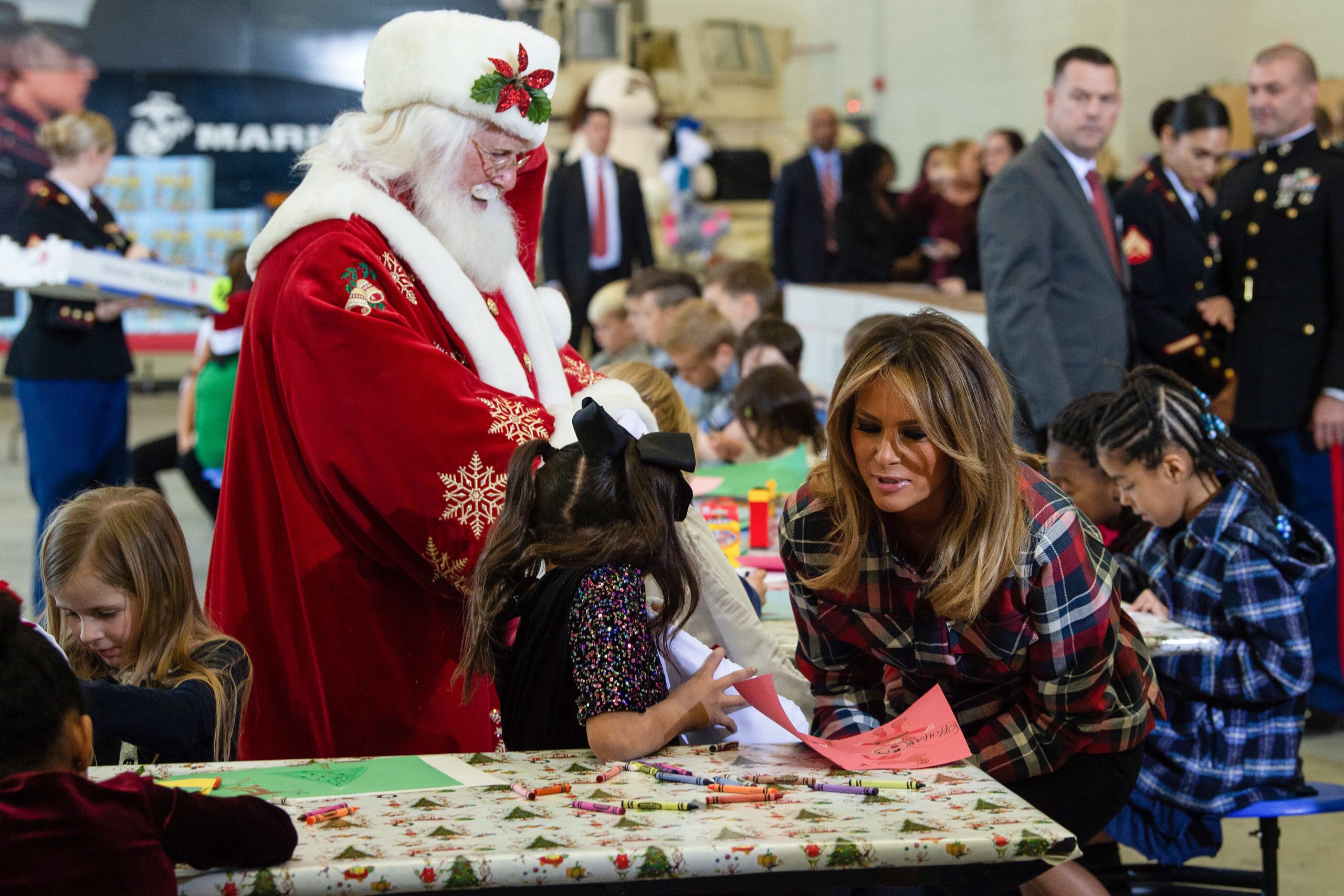 US First Lady Melania Trump attends with Father Christmas personificator a Toys for Tots event at Joint Base Anacostia-Bolling in Washington, DC, on December 11, 2018. Toys for Tots is a program run by the United States Marine Corps Reserve which distributes toys to children whose parents cannot afford to buy them gifts for Christmas. (Photo by NICHOLAS KAMM / AFP)

Trekking through the Northwest Arctic Borough isn’t always easy. The marines traveled using both commercial flights and snowmobiles, and even got some help from local residents when necessary. (RELATED: Celebrate The U.S. Marine Corps’ 242nd Birthday With This Incredible Battle Montage)

“What really stuck out to me was just how remote and small the communities are. I’ve never seen anything that remote, that secluded from mainstream American life, and they still get to get the toys delivered to them,” Mullin said, according to the Juneau Empire. “Everyone was super helpful with helping the Marines out. There were a couple guys that would help us get around on snowmachines.”

The Toys for Tots program, run by the Marine Corps Reserve, began in 1947 and donates 18 million toys annually, the Juneau Empire reported.

“It’s really just to benefit kids,” Lowell noted. “The sparkle in the kids eyes, that makes it worth it.”