“I mean, it’s strange that people think of Joe Biden as a leader for the climate when you see what his administration is doing,” Thunberg told The Washington Post in an interview Monday. “The U.S. is actually expanding fossil fuel infrastructure. Why is the U.S. doing that?”

“It should not fall on us activists and teenagers who just want to go to school to raise this awareness and to inform people that we are actually facing an emergency,” she said.

Thunberg explained that leaders like Biden were afraid to make substantive progress tackling climate change because people are “herd animals.”

“And I think that’s very harmful in an emergency where we are social animals,” she continued. “We’re herd animals. In an emergency, someone needs to say that we’re heading towards the cliff. And everyone is just following, saying like, ‘Well, no one else is turning around, so I won’t either.’ That could be very dangerous.” (RELATED: Environmentalists Are Blocking The US From Controlling Its Renewable Energy Future) 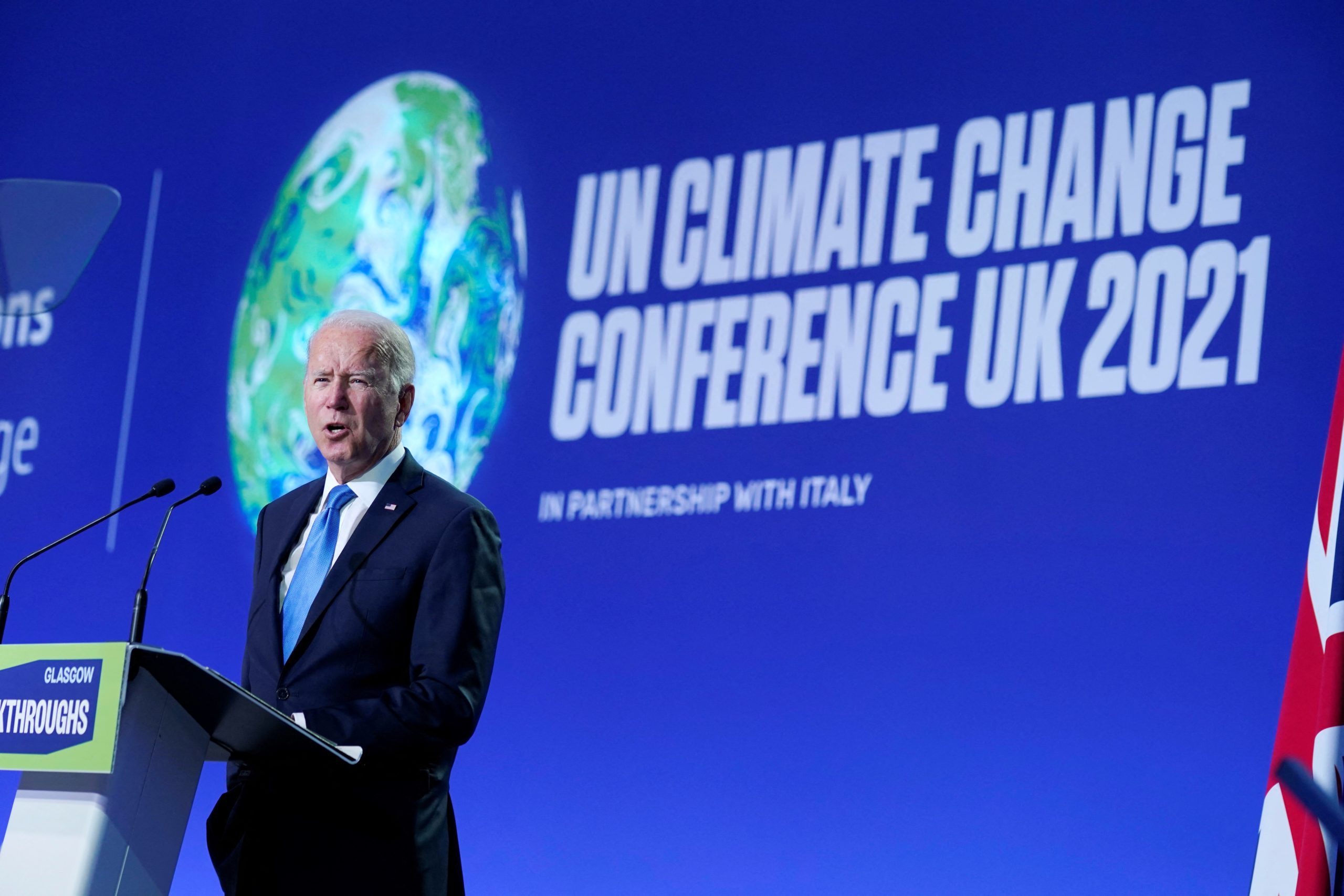 The Swedish teenager never elaborated on how Biden has expanded the U.S. fossil fuel infrastructure over the last 12 months. His administration, though, did oversee the largest oil lease sale in U.S. history in November, auctioning off more than 80 million acres of drilling space in the Gulf of Mexico.

Democrats and environmental groups condemned the Biden administration’s decision to move forward with the sale. But the Department of the Interior said its hands were tied by a prior federal court ruling.

House Natural Resources Committee Chair Raúl Grijalva said it was the “step in the wrong direction” and that the administration “needs to do better.”

However, the president has also pursued an aggressive climate policy that has included nixing the Keystone XL pipeline permit, opening the door for sweeping regulation on fossil fuel producers and banning new oil and gas leasing on federal lands. His administration also approved and funded several solar and wind projects across the country.

During the interview published Monday, Thunberg also criticized the United Nations for failing to come to a major agreement during the November COP26 climate conference in Scotland. At the summit, she joined dozens of others protesting the negotiations for not being ambitious enough, saying leaders were engaging in “blah blah blah.”

“They succeeded in even watering down the blah, blah, blah,” she told the Post. “Which is very much an achievement, if you see it that way.”