The Taliban made it illegal for women in Afghanistan to go on long-distance road trips alone, BBC News reported Monday.

The Taliban’s Ministry of Promotion of Virtue and Prevention of Vice said Sunday that any woman seeking to travel more than 45 miles should be denied transportation unless they are accompanied by a male relative, BBC News reported.

The directive also calls on drivers to refuse rides to women who are not wearing Islamic head or face coverings, BBC News reported. It also bans the population from playing music while driving.

“I felt really bad,” Fatima, a midwife who lives in Kabul, told BBC News in response to the order. “I cannot go out independently. What should I do if either I or my child is sick and my husband is not available?” (RELATED: Taliban Violently Breaks Up Kabul Protest Organized By Women) 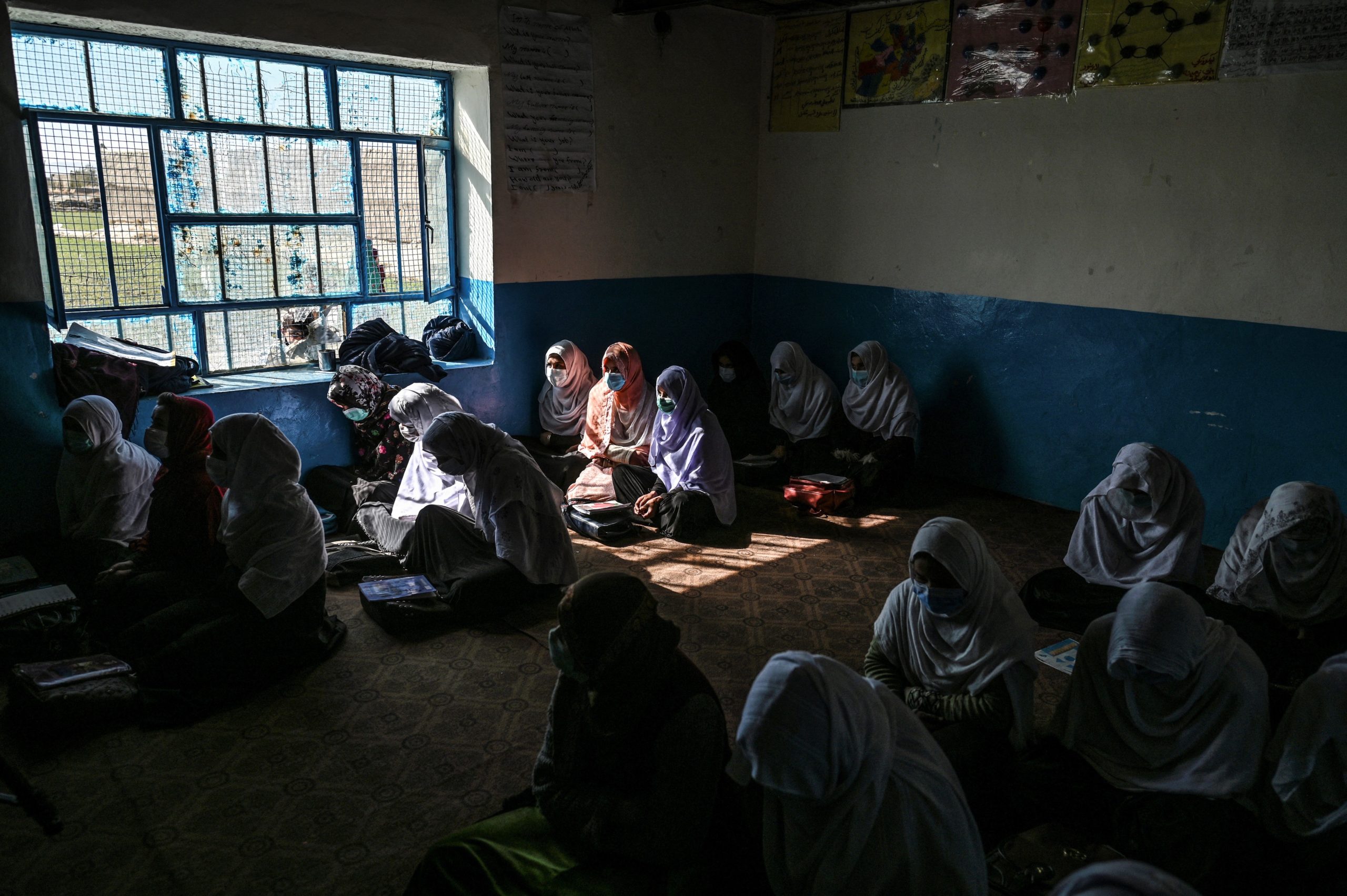 This picture taken on November 16, 2021 shows women sitting inside their classroom at Noorania school, in Sharan city, in the Paktika province. (Photo by HECTOR RETAMAL/AFP via Getty Images)

“The Taliban captured our happiness from us… I have lost both my independence and happiness,” the midwife said.

Heather Barr, Human Rights Watch’s associate director of women’s rights, told AFP that the travel ban moves the country closer to making women prisoners, as it “shuts off” opportunities to do business or flee domestic violence.