Food items from soup to nuts are expected to get more expensive in 2022 as manufacturers target higher prices and consumers face increasing costs at grocery stores, multiple sources reported.

Food prices nationwide are projected to increase around 5% in the first half of 2022, according to data from research firm IRI, The Wall Street Journal reported.

“There’s nothing immune from price increases,” Tony Sarsam, chief executive of food retailer and distributor SpartanNash, told the WSJ. Produce, dairy and packaged food like bread and juice are some items that will see a price increase, he said. 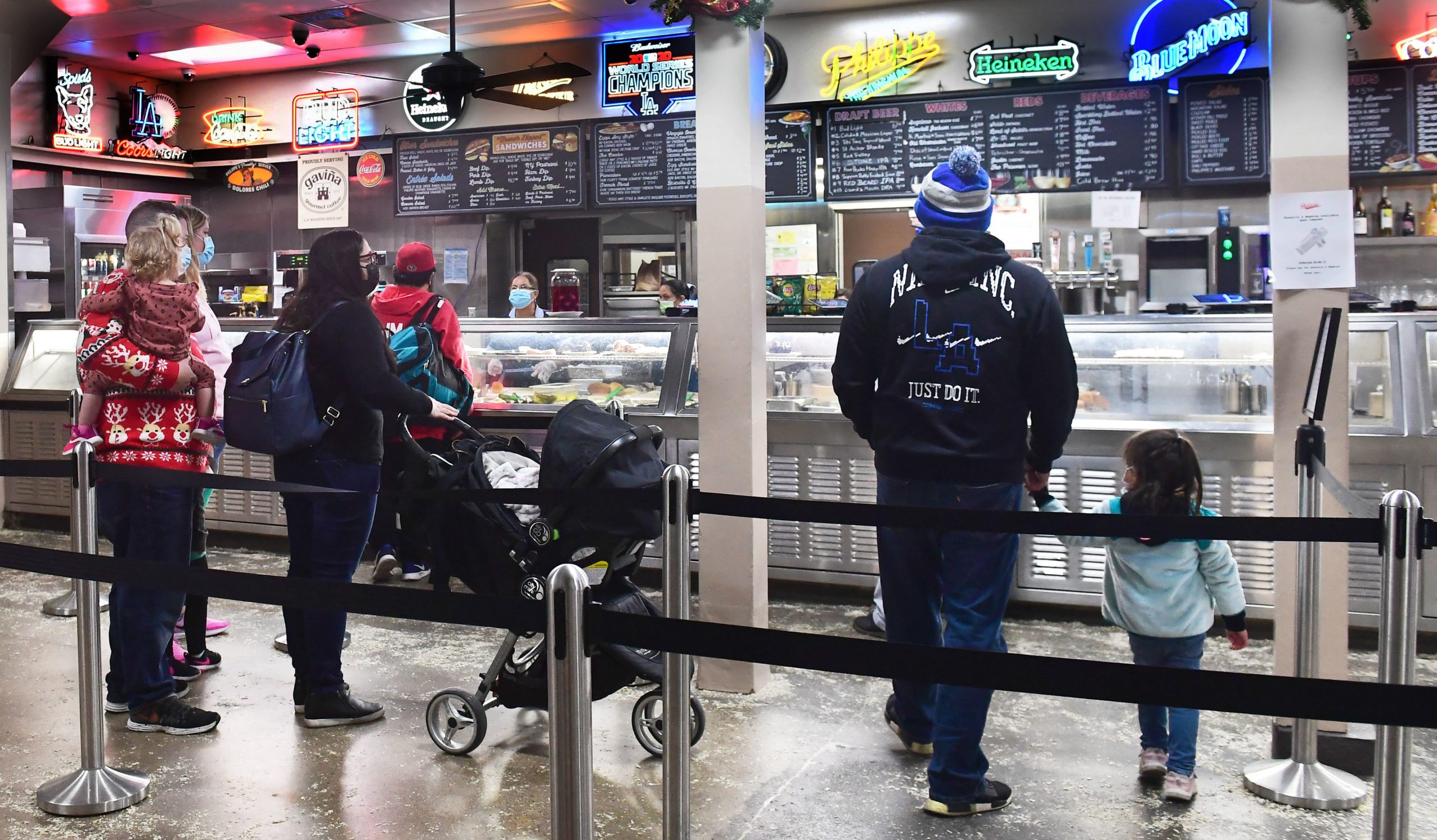 People wait in line to order at Philippe’s, a downtown Los Angeles restaurant in business since 1908 famed for its “French Dipped Sandwich” in Los Angeles, California, on December 10, 2021. (Photo by FREDERIC J. BROWN/AFP via Getty Images)

Mondelez International announced it would increase prices for its cookies, candy and other snacks by 6% to 7% in the U.S. starting in January, the WSJ reported. General Mills and Campbell Soup also announced consumers should expect price hikes in January 2022.

Kraft Heinz announced an average 5% price increase on some of their products, according to the WSJ. Some products, including Jell-O and Grey Poupon mustard, could reportedly see prices surge as high as 20%.

Production costs of Grey Poupon surged 22% in 2021, causing the company to raise its price by 6% to 13%, the WSJ reported. (RELATED: Here Are The 2022 Risks That Official Washington Is Talking About)

Peanut prices averaged 25.8 cents per pound for the week ending Dec. 18, surging 0.9 cent from the previous week, according to the USDA. Coffee prices surged to a 10-year high earlier in December with experts projecting high costs lasting well into 2023.

The Consumer Price Index increased to its highest level in almost 40 years in November, with the food-at-home index surging 6.5% on a year-over-year basis. The meats, poultry, fish and eggs index surged 12.8%, according to the U.S. Bureau of Labor statistics.

Price increases are expected to range from 2% to 20% for goods at the supermarket, including produce and packaged goods. Potatoes, celery and other vegetables will be more expensive due to higher freight and shipping costs, according to the WSJ.

Other staples like mayonnaise and frozen goods are expected to see a price hike due to higher labor, logistics and packaging costs, the WSJ reported. Wine, beer and liquor, especially those imported, will also see a price increase.

“We received a letter from a vendor announcing price increases next month,” Reynolds Cramer, chief executive of Fareway Stores, told the WSJ. “We haven’t put into effect price increases they’ve given us this month.”

Consumers have noticed their grocery bills increasing in the last few months, causing shoppers to be more conscious of prices while buying food.

“I’m spending more at the grocery store, and it’s not necessarily that I’m buying more,” Susie Scott, a retiree who lives in Collierville, Tennessee, told the WSJ.