In addition to key pieces of legislation, executive and judicial nominees will depend on whether Democrats can maintain control, or Republicans take over. Here are five of the most important Senate races to watch during the midterms:

Republican Pat Toomey is retiring after two terms, and his seat is one of just two up for election where the current holder is of a different party than the candidate who won the state in 2020. Army veteran Sean Parnell, who was endorsed by former President Donald Trump, dropped out of the race in November following a contentious custody battle that included accusations of domestic violence. Former candidate for lieutenant governor Jeff Bartos and television personality Dr. Mehmet Oz are the two highest-profile Republicans in the race, although Bridgewater Associates CEO David McCormick is also considering a run.

On the Democrat side, Rep. Conor Lamb and Lt. Gov. John Fetterman lead a field of fourteen. While Lamb has been critical of left-wing efforts to defund the police, Fetterman previously endorsed Bernie Sanders for president, and the independent socialist returned the favor when Fetterman toppled the state’s lieutenant governor in a 2018 primary. (RELATED: John Fetterman, A Democratic Senate Candidate, Pulled A Shotgun On An Unarmed Black Jogger In 2013)

In the other state won by Joe Biden where a Republican currently holds a seat up for re-election, incumbent Sen. Ron Johnson has publicly considered retirement. Johnson won re-election in 2016 against Russ Feingold by less than four points, leading some Democrats to view the seat as a pickup opportunity. 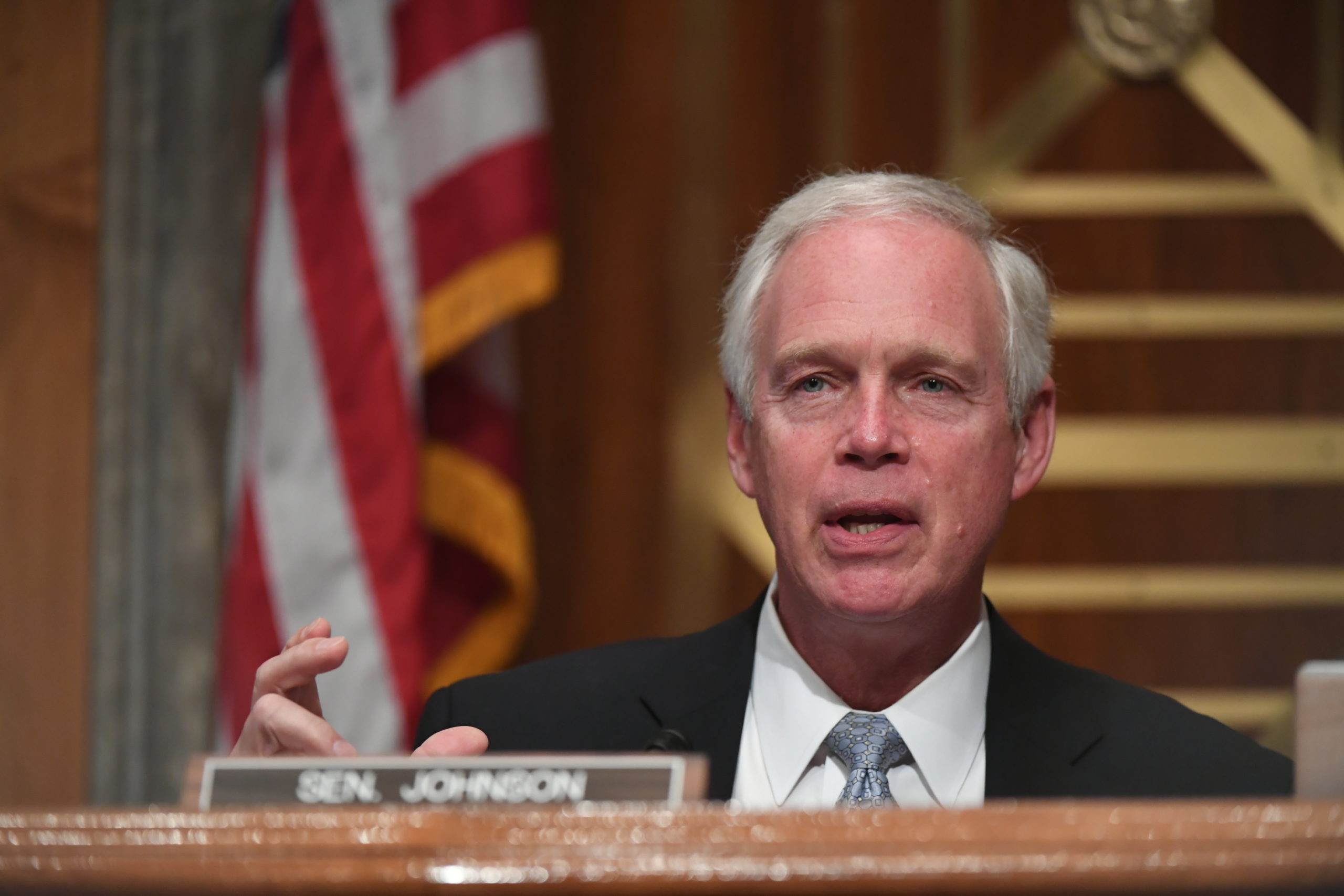 Lt. Gov. Mandela Barnes holds a nearly 30 point lead in a seven Democratic candidate field, according to an internal poll he released in September. However, the poll also found that 38% of Wisconsin Democratic primary voters remain undecided.

Sen. Mark Kelly, who defeated Martha McSally in a 2020 special election, will run for a full six-year term. Following the statewide victories of Sen. Kyrsten Sinema in 2018, and Kelly and Joe Biden in 2020, many Democrats have begun to view Arizona as a key swing state. Biden was the first Democratic presidential candidate to win the state since Bill Clinton in 1996, and Sinema was the first Democratic senator elected by Arizonans since Dennis DeConcini in 1988.

In a blow to Republicans, Gov. Doug Ducey declined to run against Kelly. Attorney General Mark Brnovich led the field of Republican candidates in early November with the support of 27% of GOP primary voters, a poll conducted by OH Insights found. No other candidate garnered more than 12% support.

Freshman Democratic Sen. Catherine Cortez Masto is polling neck-and-neck with former state Attorney General Adam Laxalt. In her first race, Cortez Masto defeated Rep. Joe Heck by fewer than three points. Although the political environment favors Republicans, with voters preferring a generic GOP candidate to a generic Democrat by as many as ten points, each of the last four Nevada Senate races has been decided by five percentage points or fewer.

Although Democrat Sherrod Brown holds Ohio’s other Senate seat, the state has trended red in recent years. Republican Gov. Mike DeWine won his 2018 race against Democrat Richard Cordray by more than 200,000 votes, and Donald Trump won the state by eight points in 2020. With two-term Sen. Rob Portman retiring, however, the GOP field is wide open. Former Treasurer Josh Mandel, who failed to knock off Brown in 2012, leads the group of fourteen candidates with just over 21% support, a recent Trafalgar poll found. Venture capitalist and New Right darling JD Vance was in second, with 15% support.

In contrast, Democratic Rep. Tim Ryan is expected to face little opposition in his party’s primary.

This article has been updated to reflect the previous political experience of Jeff Bartos.