Marijuana farms are being rapidly established in Oklahoma, now home to the largest number of licensed farms for the substance, The New York Times reported.

Cannabis entrepreneurs have journeyed to the state due to its low barriers to entry, with the cost to get started being just $2,500, compared to $100,000 or more in neighboring Arkansas, the NYT reported. Oklahoma reportedly has no limit on how many dispensaries can sell marijuana, the number of cannabis farms or how much an individual farm can produce.

The state has yet to legalize recreational use of marijuana, but medical marijuana was has been legal in the state for three years. Its lax rules regarding who can obtain a medical use card have resulted in 10% of Oklahoma’s nearly four million residents having obtained one, the NYT reported.

“It might look strange, but this is where the action is,” Logan Pederson, 32, who moved from Seattle to Oklahoma this year to manage the small farm on behalf of Cosmos Cultivation, told the NYT. He said the change was a “culture shock” but that he plans to stay in the state for at least five years.

Oklahoma now hosts more retail cannabis stores than Colorado, Oregon and Washington combined, and it passed California as the state with the most licensed cannabis farms in October, the NYT reported. California has a population around ten times the size of that of Oklahoma. 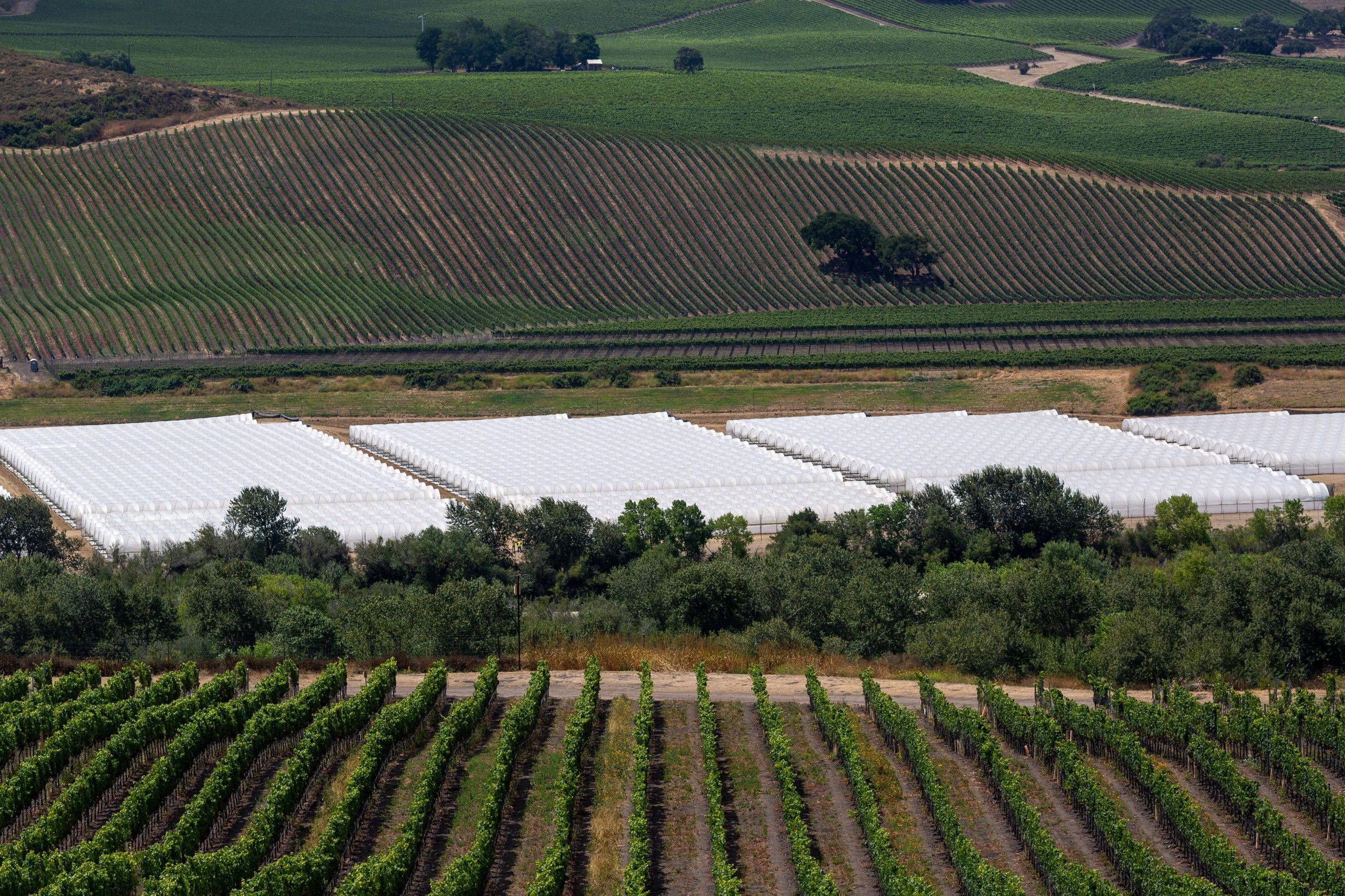 The white greenhouses of a cannabis growing operation that was constructed in March is seen between Fiddlestix (top) and Sea Smoke (bottom) vineyards in the Santa Ynez Valley northwest of Santa Barbara, California on August 6, 2019. (Photo by DAVID MCNEW/AFP via Getty Images)

“A few years ago I thought Oklahoma would have been the last state in the country to get cannabis going,” Tara Tischauer, co-owner of Red Dirt Sungrown, which operates in a town north of Oklahoma City, told the NYT. Tischauer’s family business reportedly employs 25 people and steadily produces about 125 pounds of cannabis a week. (RELATED: Police Seize $500 Million Of Marijuana In Massive Drug Bust)

“The profit margin is astronomical if you can move your operation to Oklahoma and get away with it,” Mark Woodward, a spokesman for the Oklahoma Bureau of Narcotics, told the NYT. He reportedly said lower costs for licensing, labor and land allow some in the business to produce cannabis for as little as $100 a pound and sell it for between $3,500 to $4,000 a pound in California or New York.

Critics of the industry’s growth in Oklahoma, including legacy ranchers and farmers, have called for a moratorium on new licenses, pointing to climbing prices for land, illicit farms and strains on rural water and electricity supplies, the NYT reported.

“It smells like weed all the damn time, even right here in our offices,” Haskell County Sheriff Tim Turner, a Republican, told the NYT. “We’re one of the reddest states around, but we have the country’s most permissive marijuana laws.”

Activists have begun to organize to attempt to secure a referendum on the ballot next year that would legalize recreational use of marijuana in Oklahoma, the NYT reported.