The large winter storm on the East Coast threw a wrench in President Joe Biden’s travel plans Monday, forcing Air Force One to the ground and at one point trapping Biden on the plane.

Biden planned to travel back to Washington, D.C., after spending the holidays in Delaware on Monday, but both his motorcade and plane were bogged down by snow, according to NBC News. Airport crews in both Delaware and Joint Base Andrews near Washington worked for more than an hour to clear runways for the president’s takeoff. At one point, Biden was prevented from deplaning for roughly half an hour after the staircase used to exit got stuck in the snow, according to NBC.

Much of Washington found itself buried in inches of snow Monday, and federal government employees were instructed not to travel to work. White House press secretary Jen Psaki also canceled her scheduled briefing at the White House. (RELATED: Omicron Can Be So Mild, Americans Are Struggling To Distinguish It From A Common Cold)

President Biden braces against the snow and wind as he deplaned Air Force One at Joint Base Andrews during severe winter weather. pic.twitter.com/aRjy6pWH8s 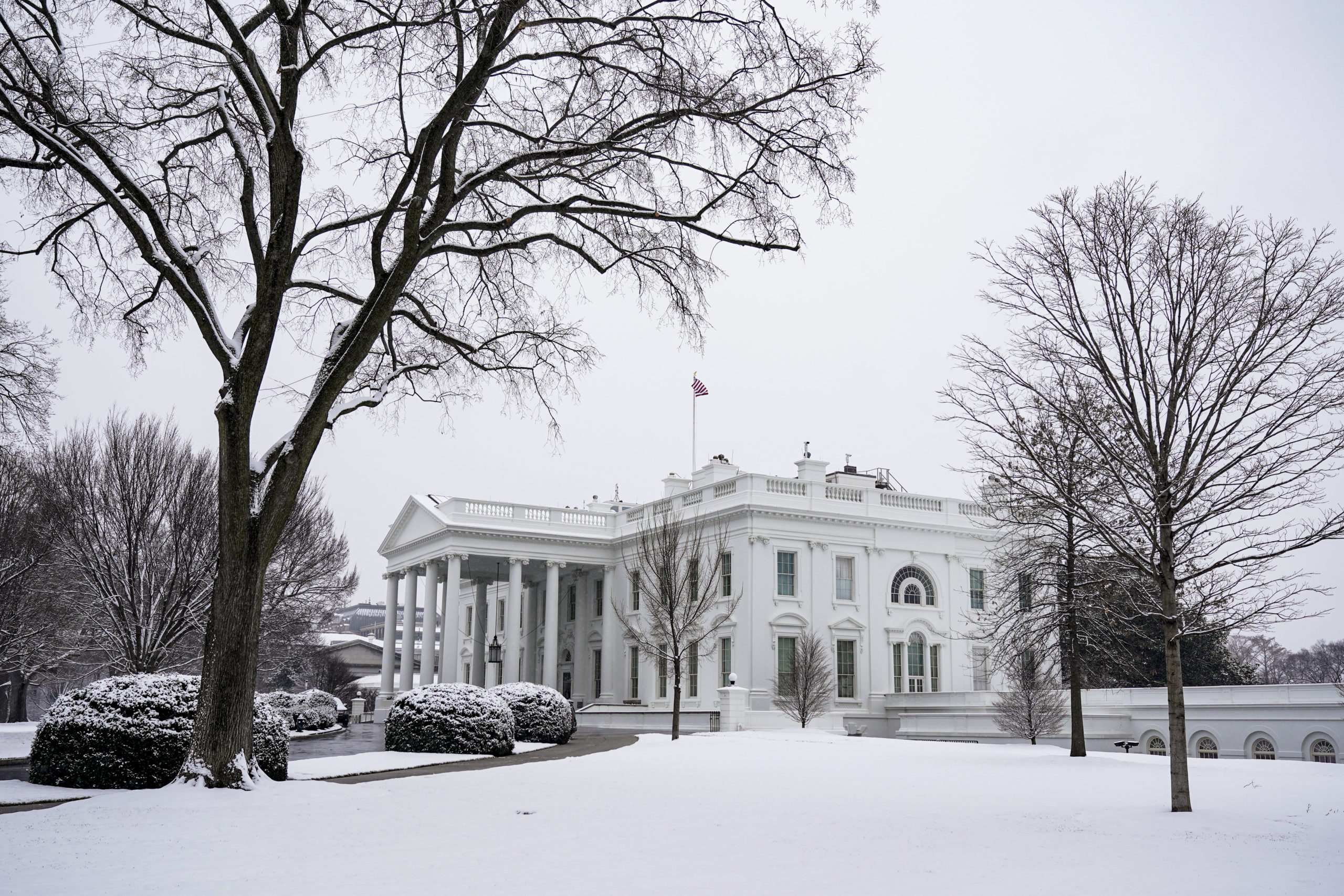 WASHINGTON, DC – JANUARY 31: The White House ground are covered in snow during a snow storm on January 31, 2021 in Washington, DC. Washington is expecting 3 to 5 inches of snow during the first major snow storm of the year. (Photo by Joshua Roberts/Getty Images)

Biden’s motorcade was reportedly forced to drive at roughly 20mph for much of the 16-mile ride from Andrews to Washington.

Biden returns to Washington ahead of a series of international meetings regarding Russia’s potential invasion of Ukraine. U.S. and Russian officials will meet in-person on Jan. 10, followed by Russian officials meeting with NATO counterparts on Jan. 12. The U.S. and its allies will conduct a final meeting with Russia on Jan. 13. Biden has repeatedly vowed “decisive” action should Russia move forward with an invasion, but he has also ruled out U.S. military intervention.

Biden and Vice President Kamala Harris will also commemorate the 1-year anniversary of the Jan. 6 attack on the U.S. Capitol on Wednesday. Former President Donald Trump has also scheduled a press briefing for the same day.