Theranos CEO Elizabeth Holmes was convicted of fraud on Monday, only after she managed to convince figures from across the political spectrum that her company would revolutionize blood testing.

Holmes, who claimed that her biotechnology firm would create cheaper tests that used less blood, was convicted of four counts of fraud. The jury deadlocked on three counts, and Holmes was found not guilty of four others. She had denied all charges, with her lawyers arguing that her “mistakes are not crimes.”

In addition to lying to investors, Holmes impressed upon many political luminaries, including then-Vice President Joe Biden, the virtues of Theranos.

“This is inspiration. It is amazing to me, Elizabeth, what you’ve been able to do. What’s most impressive to me is you’re not only making these lab tests more accessible … empowering people whether they live in the barrio or a mansion, putting them in a position to help take control of their own health,” Biden told Holmes at a 2015 meeting at Theranos’ headquarters, when he was vice president.

She also convinced Gen. James Mattis and former Secretary of State Henry Kissinger to sit on Theranos’ board of directors. Mattis intervened on Theranos’ behalf with the Department of Defense after a DOD official requested an investigation into the company’s potentially illegal distribution of medical technology.

Mattis testified that he viewed Holmes as “sharp, articulate, [and] committed,” but after a period of time “didn’t know what to believe about Theranos anymore.” (RELATED: ‘The Inventor’ Producer Claims Elizabeth Holmes Lied To Her ‘Quite A Bit’)

Other members of the board included Sens. Sam Nunn, a Georgia Democrat, and Bill Frist, a Republican from Tennessee who served as Majority Leader. Frist is a heart surgeon who currently teaches at the Vanderbilt University School of Medicine. 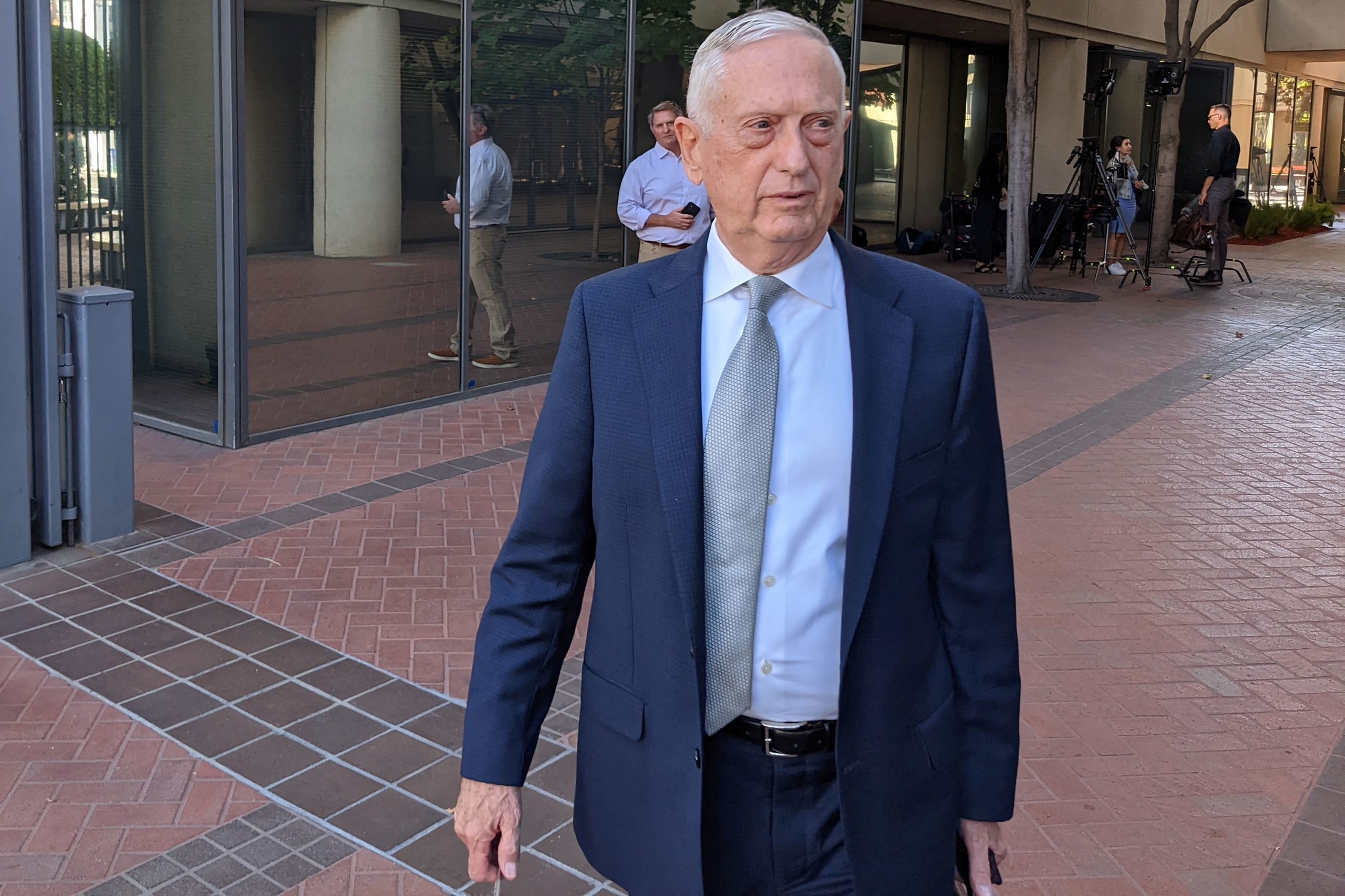 Former US defense secretary Jim Mattis took the stand September 22, 2021 in the high-profile fraud trial of fallen biotech star Elizabeth Holmes, telling a Silicon Valley court he was captivated by the promises she made about her blood testing system. Mattis served on the board of Holmes’s now defunct startup Theranos, which looked set to revolutionize medical testing before it crashed in a blaze of fraud claims. (Photo by GLENN CHAPMAN/AFP via Getty Images)

Hillary Clinton’s 2016 presidential campaign also embraced Holmes, promoting a fundraiser hosted by the fraudster with a $2,700 cost of entry. The campaign’s chairman, John Podesta, knew of Holmes’ business troubles, emails released by WikiLeaks revealed. Holmes originally planned to host the fundraiser at Theranos’ Silicon Valley offices, but moved the event, billed as a conversation with Chelsea Clinton about female entrepreneurs, to a private home.