The White House announced the plan for a “Fairer, More Competitive, and More Resilient Meat and Poultry Supply Chain” on Monday. Biden spoke with independent farmers and ranchers Monday afternoon as well regarding the new plan. (RELATED: PATEL: Biden’s Truly Reckless Spending Will Likely Be His Undoing)

“I’ve said it before and I’ll say it again: Capitalism without competition isn’t capitalism. It’s exploitation. That’s what we’re seeing in the meat and poultry … industries now,” Biden said during the virtual meeting.

The White House, in a fact sheet detailing Biden’s four-step plan, called the meat and poultry processing sector “a textbook example” of an industry “dominated by a handful of large companies that control most of the business and most of the opportunities.”

The administration argued that this is “raising prices and decreasing options for American families” and said the “lack of competition [is] hurting consumers, producers, and our economy.” 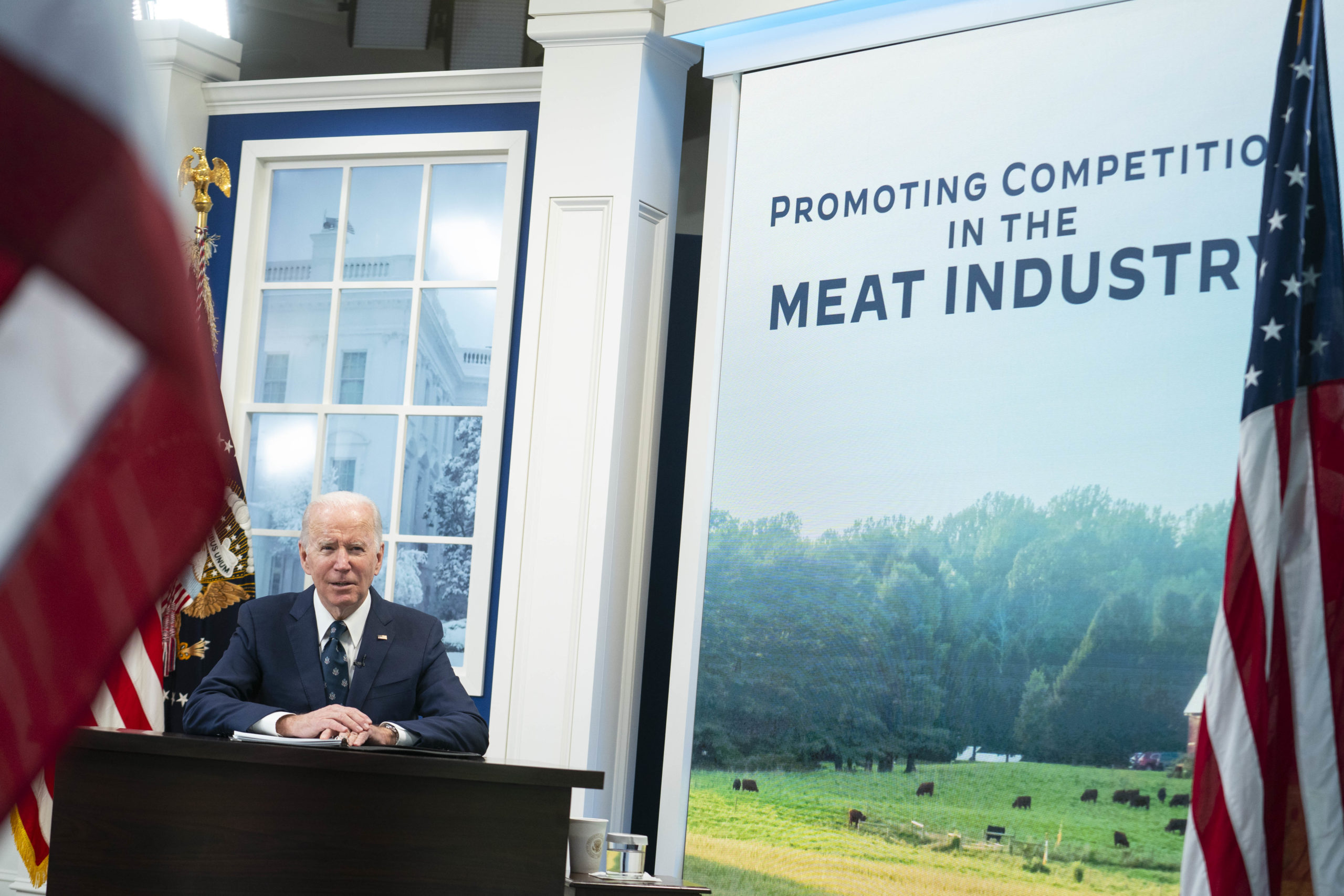 The $1 billion comes from the $1.9 trillion COVID-19 relief bill passed by Congress in 2021, and the U.S Department of Agriculture (USDA) plans to allocate the money towards specific efforts. Specifically, the USDA is providing up to $375 million in grants to produce more independent processing plants, $275 million as a partnership with lenders who will give out loans and support businesses, and $100 million to improve the workforce, among other projects.

“Roundtable participants described how lack of competition in the meat and poultry supply chain impacts their businesses and their lives, and the challenges they face because a few large companies dominate the processing markets,” the White House said in a readout of Biden’s meeting after its conclusion. “The farmers and ranchers explained that they are often at the mercy of just a few buyers who determine the price they receive, and that even as these conglomerates raise prices at the grocery stores, they push down prices for farmers and ranchers, taking wealth out of rural communities and hurting consumers.”

U.S. Department of Labor (DOL) data indicates that the price for beef in November had risen 20.9% from the previous year. Inflation has also hit consumers hard, hitting the highest level in 39 years in November.

Some, like the U.S. Chamber of Commerce, criticized the Biden administration’s decision to allocate $1 billion in funding to try and solve meat prices, calling it “misguided” in a statement issued Monday.

“One has to ask, if, as the administration asserts, consolidation in meat and other industries has been a problem for years and it is also driving the current surge in prices, then why didn’t it drive prices higher before? It is pretty clear that the administration is attempting to use higher prices to justify their preexisting agenda to overturn decades of bipartisan consensus around antitrust and competition policy in favor of a ‘government-knows-best’ regulatory approach,” Bradley added. “That isn’t economics, it is politics and sadly, such government intervention would likely further constrain supply and push prices even higher.”