Airlines canceled nearly 1,500 U.S. flights Wednesday, marking the 11th consecutive day of more than 1,000 cancellations, the most in a row since the beginning of the pandemic, multiple sources reported. 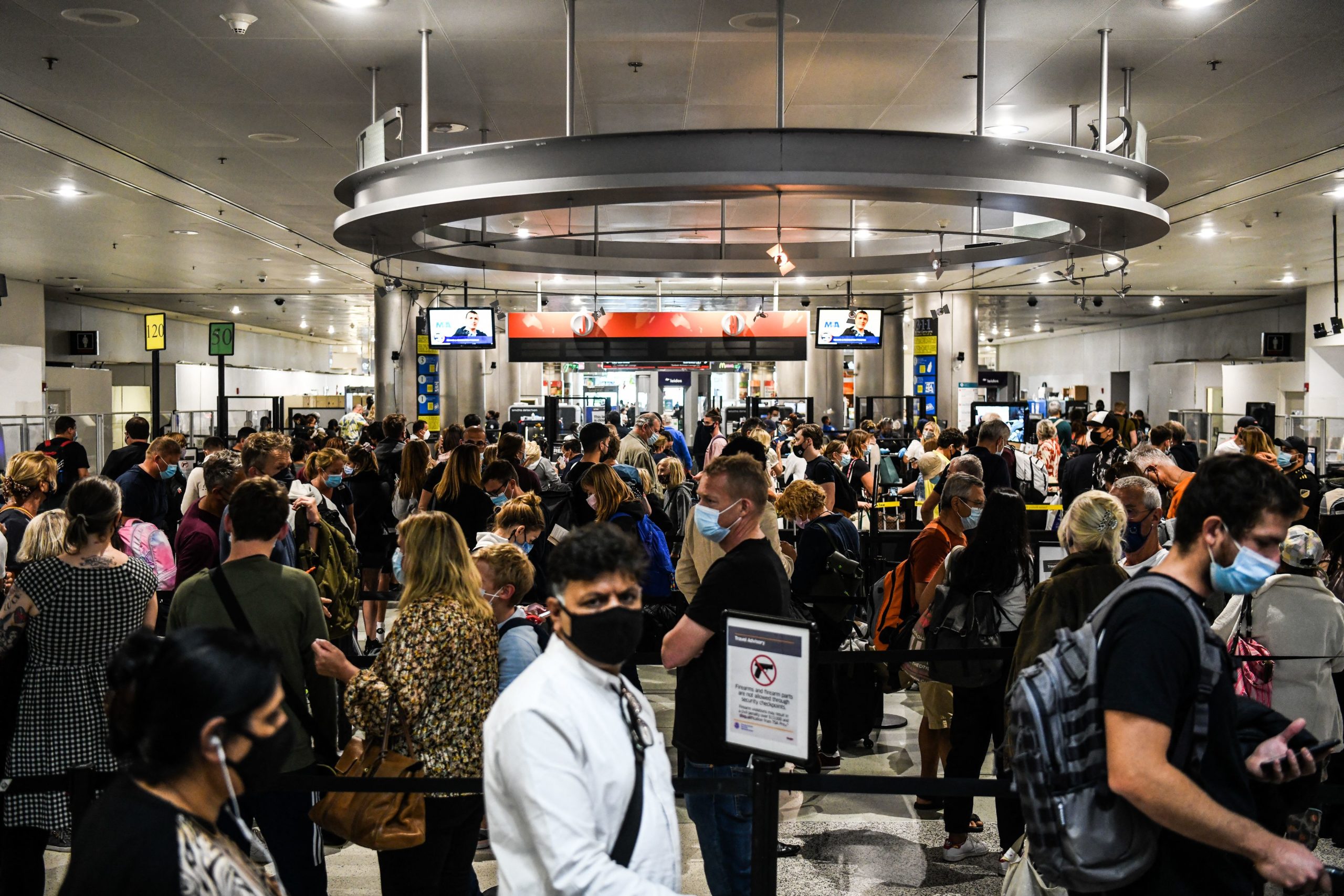 People wait for security check-in at the Miami International Airport in Miami, Florida on January 3, 2022. (Photo by CHANDAN KHANNA/AFP via Getty Images)

Commuter airline SkyWest Inc., which partners with four major airlines, canceled and delayed over 280 flights Wednesday, or 16% of its daily schedule, according to Flight Aware.

“Like many other airlines, this latest surge of Covid is driving higher-than-usual absences among all our workgroups, consistent with nationwide Covid trends,” an Alaska Air Group spokesperson said in the statement. “This is compounded by the residual impacts of winter weather in several of our key hubs.”

Southwest Airlines canceled more than 500 flights on Wednesday, roughly 16% of its schedule, while it delayed more than 480, according to FlightAware. The airline did not immediately respond to the DCNF’s request for comment but told the WSJ bad weather at its Baltimore, Denver and Chicago hubs triggered the cancellations.

Meanwhile, two airlines have seemingly begun to smooth out their schedules. American Airlines canceled only 17 flights Wednesday in addition to delaying 261, around 9% of its schedule, according to Flight Aware. And JetBlue cut just two flights by midday Wednesday after canceling over 100 during the last seven days, according to the WSJ.

American Airlines and JetBlue did not immediately respond to the DCNF’s requests for comment, but JetBlue previously told the WSJ that it would reduce its schedule through January as employees continued to contract COVID-19.