A former aerospace company executive accused embattled Democratic New Mexico Gov. Michelle Lujan Grisham on Monday, as well as several of her appointees, of retaliating against him after he filed a whistleblower complaint.

Zach DeGregorio, the former Chief Financial Officer of Spaceport America, alleges that one of Grisham’s political appointees, Alicia Keyes, encouraged him to falsify an economic impact study. He also alleges that Keyes mishandled a bond refinancing for the purpose of defrauding the state. When DeGregorio attempted to report the wrongdoing, he claimed, he was threatened with investigations and a firing.

DeGregorio resigned from his position at the company in June 2020, shortly after he filed a complaint alleging that Spaceport America Executive Director Daniel Hicks violated several state laws, which led to “possible waste and abuse of taxpayer funds.” In the lawsuit, DeGregorio adds that Hicks attempted to break into his email account and accessed emails DeGregorio sent to Keyes about Hicks’ involvement in alleged procurement fraud.

After tracking software was placed on DeGregorio’s tech devices, he claims, he resigned.

A spokeswoman for Spaceport America declined the Daily Caller’s request for comment, citing an ongoing investigation. 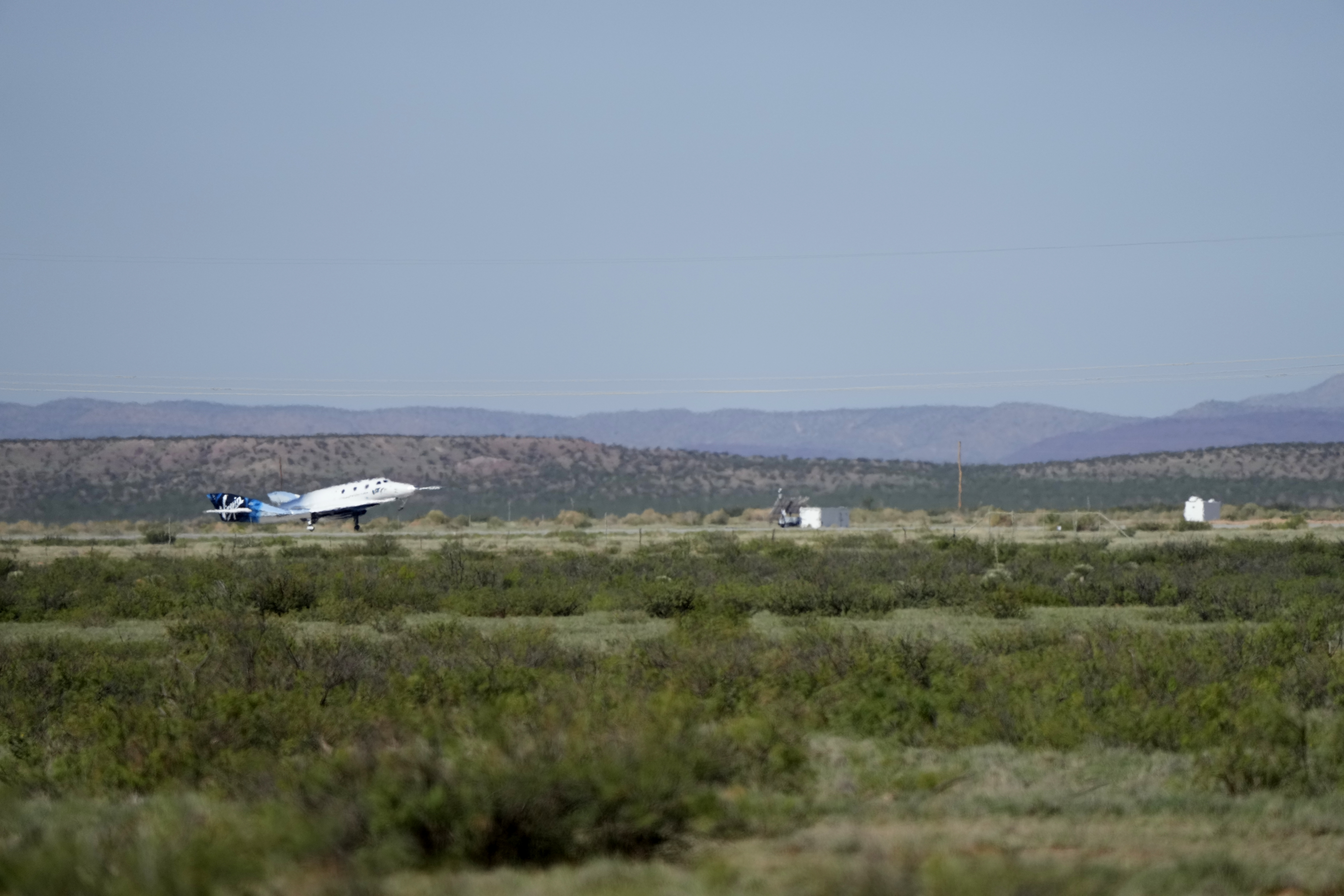 TRUTH OR CONSEQUENCES, NM – JULY 11: Virgin Galactic’s VSS Unity returns to Spaceport America after its first fully crewed test flight July 11, 2021 in Truth Or Consequences, New Mexico. Aboard VSS unity are pilots Dave Mackay and Michael Masucci, and mission specialists Sirisha Bandla, British billionaire and founder of Virgin Galactic Sir Richard Branson, Colin Bennett, and Beth Moses. The VSS Unity traveled to the edge of space at an altitude of over 50 miles above the Earth. (Photo by David Lienemann/Getty Images)

Lujan Grisham’s office did not respond to multiple requests for comment from the Daily Caller.

The governor later appeared at a launch party for Virgin Galactic’s spaceship, VSS Unity. Branson became the first billionaire to launch into space in July 2021, beating SpaceX’s Elon Musk and Blue Origin’s Jeff Bezos. (RELATED: The Billionaire Space Race: A Competition Between The World’s Richest Men Is Resurrecting An Industry)

DeGregorio is requesting $200 million in relief, citing a loss of future earning capacity, emotional distress and back pay.

The lawsuit is the latest in legal woes for Lujan Grisham, whose 2018 election campaign settled a lawsuit filed by an ex-staffer who accused the governor of sexual harassment. The staffer accused her of pouring water on and grabbing his genital area.

The New Mexico state Supreme Court ruled against Lujan Grisham, and in favor of state lawmakers in November, finding that she did not have the authority to distribute more than $1 billion in COVID-19 relief funds.