The average temperature in 2021 was lower than the previous year but still the fifth-warmest since recording began in 1979, preliminary European Union data showed.

“2021 was the 5th warmest year on record in their dataset,” tweeted Zeke Hausfather, a United Nations climate scientist who analyzed the public data. “It was a bit cooler than the past few years due to a moderate La Nina event, but well in-line with the long-term warming trend.”

The seven warmest years on record have occurred over the past seven years, the model showed. The ten warmest years have all been recorded since 2005. (RELATED: Media, Liberals Quick To Blame Deadly Tornadoes On Climate Change)

While the period between June 2021 and August 2021 showed the warmest average land temperature on record, cooler weather in the fall brought the overall average down, Bloomberg reported. An October La Niña event, a periodic cooling of ocean surface temperatures, brought the year’s average down. 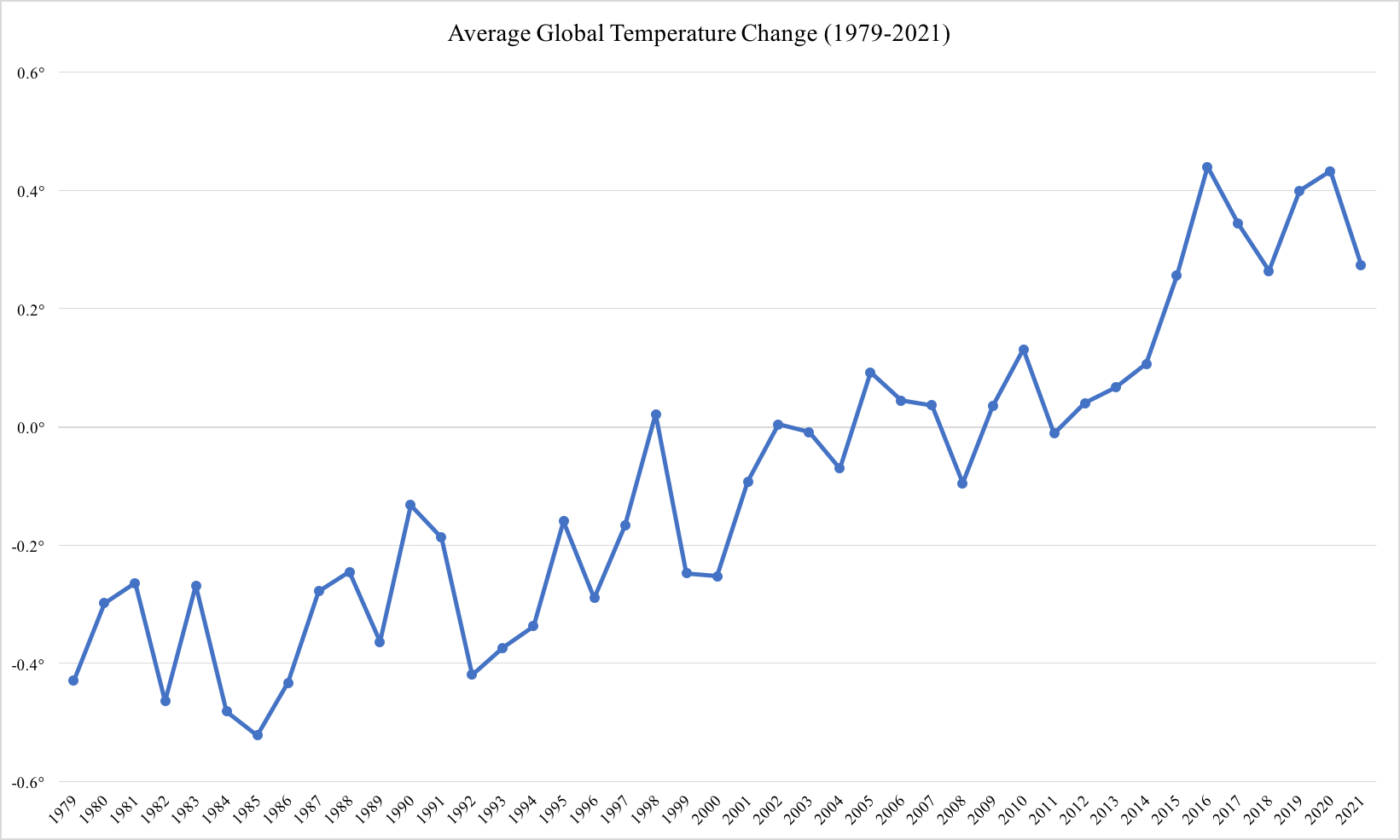 The average temperature change recorded by the European Union’s Copernicus Climate Change Service. The measurements are in Celsius and based upon the 1991-2020 average.

“Global temperatures are strong effected by El Nino and La Nina events, which is the primary driver of year-to-year variability on top of the long-term human-caused warming trend,” Hausfather said. He added that the average temperature in 2022 is likely to be similar to that of 2021.

Another preliminary estimate of the 2021 average temperature change determined that 2021 was among the 10 warmest years on record.

“Global temperature has been slightly suppressed during 2021 because of the cooling influence of La Niña in the tropical Pacific,” Nick Dunstone, a scientist at the national British weather service said in a statement in December. “With another La Niña now underway, making this a so called ‘double-dip’ La Niña, it is not surprising that we are forecasting another relatively cool year for global temperatures when compared with the run of years since 2015.”

“However, it is still likely that 2022 will be above 1.0°C and hence continue the series of warmest years for global temperature since 1850,” Dunstone said, the national meteorological service of the U.K. reported.

The U.S. National Oceanic and Atmospheric Administration’s National Centers for Environmental Information is expected to give its own estimate in the coming weeks. The most recent NOAA climate report determined that November 2021 was the fourth-warmest November since 1880.