Vice President Kamala Harris compared the Jan. 6, 2021 riot at the U.S. Capitol to the September 11th terrorist attacks and the attack on Pearl Harbor during remarks Thursday.

Both Pearl Harbor and 9/11 were foreign attacks that resulted in thousands of dead Americans and sparked years-long global wars.

Harris and President Joe Biden spoke Thursday at National Statuary Hall at the United States Capitol to mark the one-year anniversary of the riot, which saw some supporters of President Donald Trump storm the U.S. Capitol as lawmakers voted to certify the election results for Biden. (RELATED: Biden Will Call On Nation To Reject Political Violence In Jan. 6 Speech)

“Certain dates echo throughout history, including dates that instantly remind all who have lived through them where they were, and what they were doing when our democracy came under assault,” Harris declared. “Dates that occupy not only a place on our calendars, but a place in our collective memory. December 7, 1941, September 11th, 2001 and January 6th, 2021.” 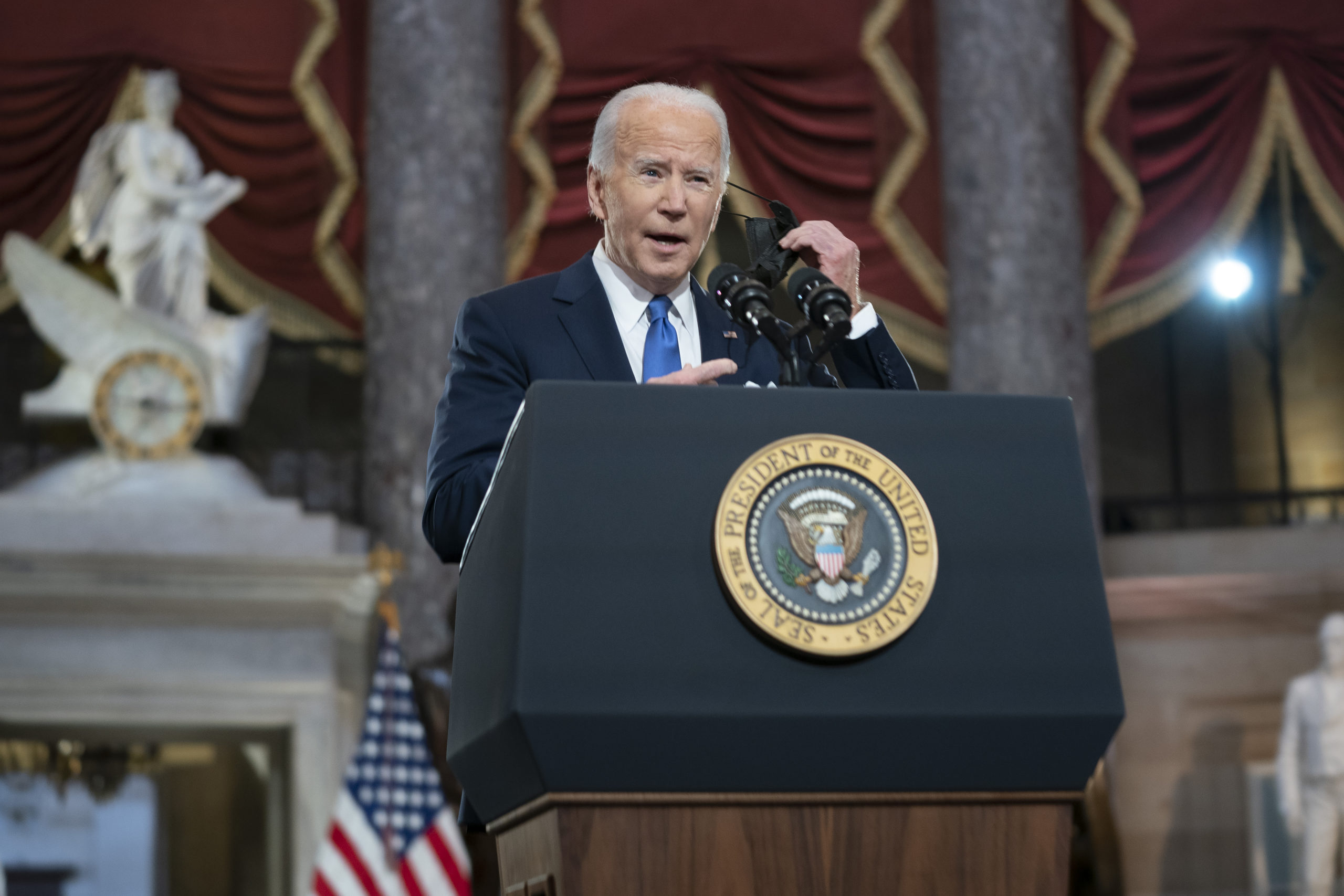 Over 700 people have been arrested as a result of the riot, with some remaining in D.C. jail as they await trial. One person – Ashli Babbitt – was shot and killed during the Jan. 6 riot after she tried to enter the U.S. House Chamber. No officers died on that day, though Capital Police officer Brian Sicknick died Jan. 7 after physically engaging with rioters during the event.

Just under 3,000 people died as a result of the September 11 attacks, which saw terrorists hijack four planes. Two planes were flown into the World Trade Center in New York City, a third hit the Pentagon in Arlington, Virginia, and the fourth crashed in Shanksville, Pennsylvania, after Americans on board fought back against the terrorists.

September 11 began the War on Terror in Afghanistan and resulted in the passage of the Patriot Act less than two months later. The Patriot Act marked a fundamental shift in the United States’ handling of terrorism.

December 7, 1941 saw Japanese planes attack the U.S. Naval Base at Pearl Harbor. Over 2,300 Americans were killed as a result of the attack, with the U.S.S Arizona being destroyed and the U.S.S Oklahoma capsizing. War was declared on Japan after the attack, launching the U.S. into World War II.